I mentioned at the end of my look back at January, that February had been all about unusual embellishments. That carried on into March too, but I'll stick with the theme and show them altogether. Using unusual embellishments isn't really unusual for me, but I think I might have a bit of a surprise near the end :) It started in November when my friend had some shiny hair decorations/extensions that she was removing and throwing away, so I asked if I could 'scav' (scavenge) them out of the bin to try felting with. They originally come straight, but after being plaited/braided, end up wavy/kinked. I decided to try them with a wool blend which came in some Botany Lap Waste from World of Wool. It is really soft, greyish and has the odd bit of Angelina blended in. I couldn't see any in what I used though: 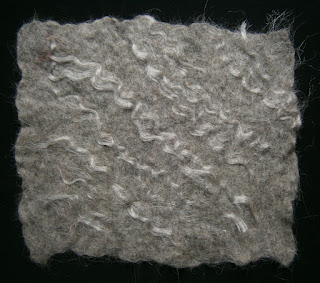 From this angle you can see better how they attached: 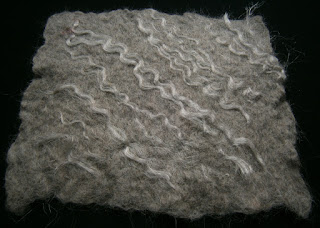 Thicker pieces of the fibre kept their shape and were more prominent, and where it was thinner/spread out, they blended in more: 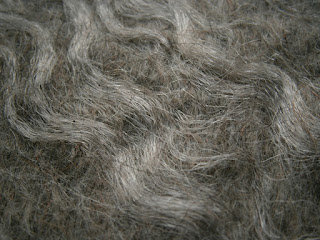 The next time my friend used the extensions, she saved them for me when she removed them. They were really nice colours: 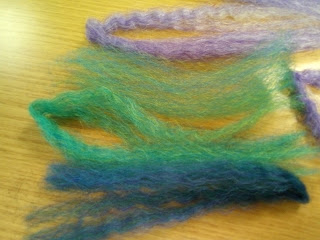 I blended up some Merino to match: 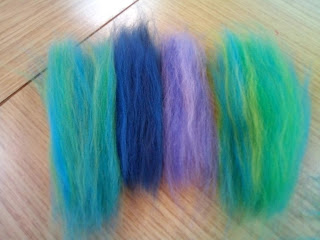 I used the same wool blends twice, and I started by matching the fibres to the blends: 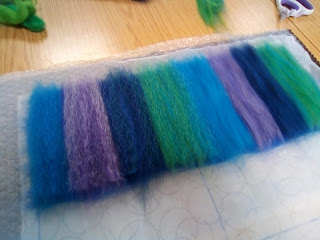 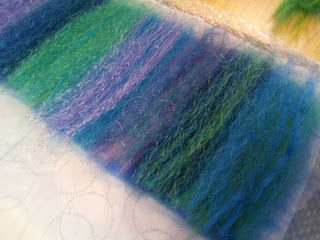 As soon as I started to wet it down it felt like there were far too many fibres on top. They kind of look/feel like trilobal nylon, but not quite as fine. It took a lot to get it felted, the fibres acted like a barrier between my hands and the wool, I had to rub mostly from the back. I even resorted to rolling the felt in a bamboo mat. This is how it looked when it was dry:

You can see how much of the fibre is loose: 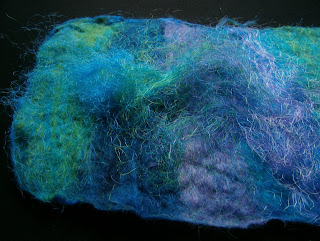 I tugged off lots of loose fibre and this is how it looked afterwards: 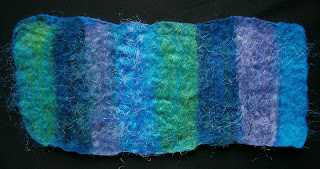 It looked like I pulled it all off, but it was more obvious looking on an angle: 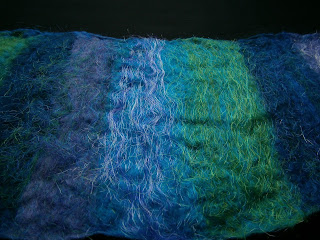 And I had to get a supermacro close up! 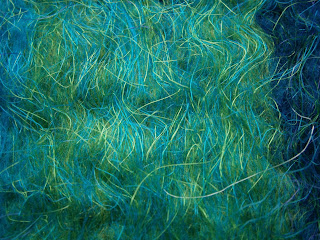 I used the same hair extensions again. This is how the finished piece looked: 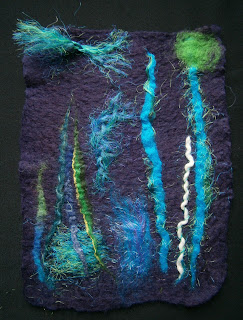 I twisted some of it around some wool twists I'd previously made, spun some with some white pencil roving, fluffed some up and made a kind of 'ball' out of it, blended some with Merino, and used a couple of pieces which were still partly plaited/braided. The two biggest patches on the bottom of this angled photo are, on the left, the loose ball, and in the centre, the blend with wool: 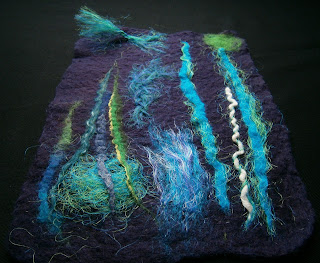 This is a closer angled pic: 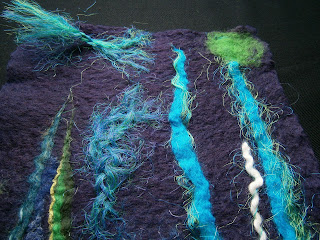 This is one of the partly plaited pieces: 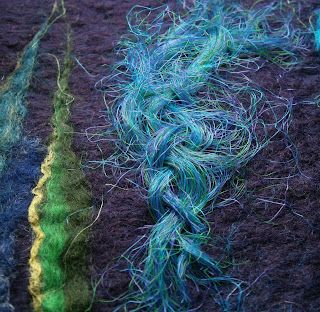 I undid the ends of this one, sorry, not the best photo: 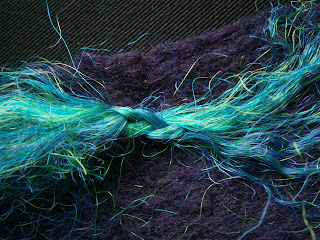 This next pic is a small amount spun with pencil roving on a drop spindle. I just twisted it, then used it so it's loose: 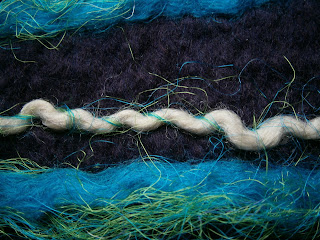 I did my last experiment with unusual fibres a couple of weeks ago. Unfortunately I didn't get lots of great photos, but this is what I tried out: 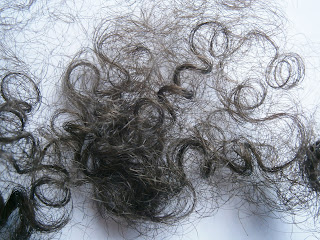 And this is one of the locks: 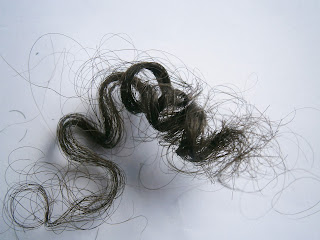 I used 23mic natural white Merino, and this is the finished sample: 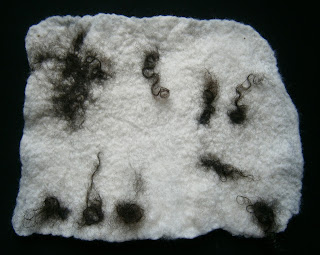 This is a close up of the top left where I fluffed up the fibres: 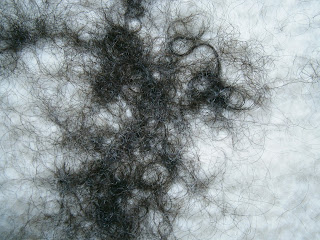 And this is how the migration looked on the back: 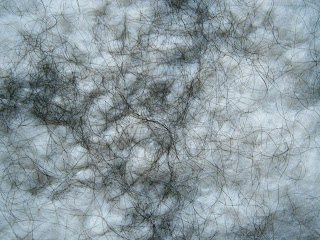 This is one of the felted locks, it is attached at the base, and springs loose: 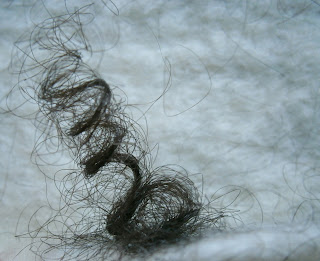 Sorry there aren't more/better photos, but did you guess what the fibre is? It's my friend's hair who gave me the extensions! I clippered it for her a couple of weeks ago and decided to see how it felted :)
What's the most unusual fibre you've ever tried?
Posted by Zed at 23:20