I haven't had chance to get my felting stuff out for ages, so I've been working on my epic 'Other fibres project', which originally was going to be a simple e-book guide to embellishment fibres, but has turned into something of a 7 year journey to try every fibre with every breed of wool and animal fibre I can get my hands on as it constantly gets shoved aside for other things. Looking through some of my samples, I found a couple of pieces using Ingeo. I like Ingeo fibre. All embellishment fibres have something which sets them apart from others, and for Ingeo, I think it's the way it looks soft and fluffy, and slightly matte. Although it isn't particularly shiny, but it does have a sheen.  This first piece is natural grey Merino. 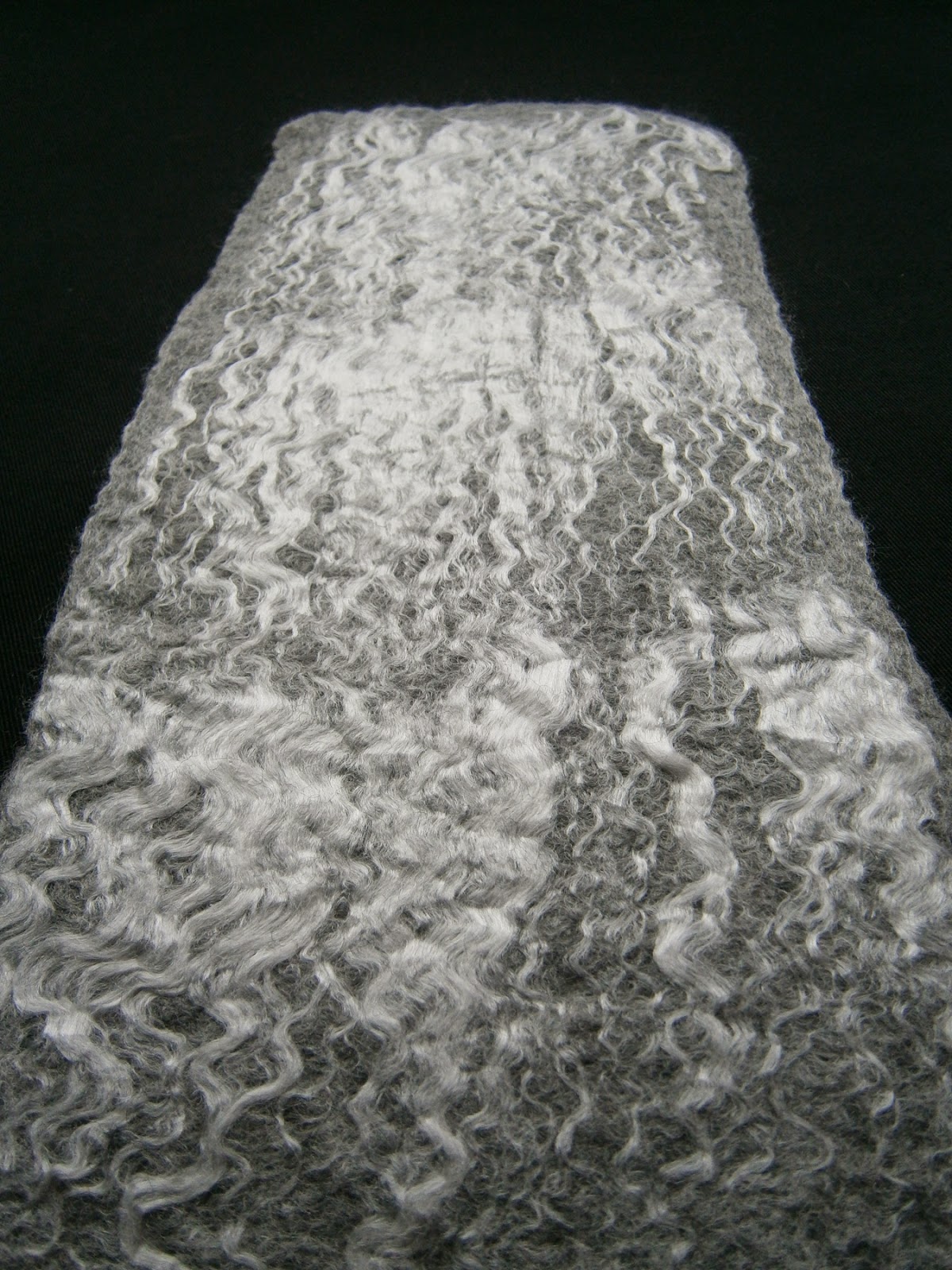 You can see on this closer pic how it pulls together where it's laid out thicker: 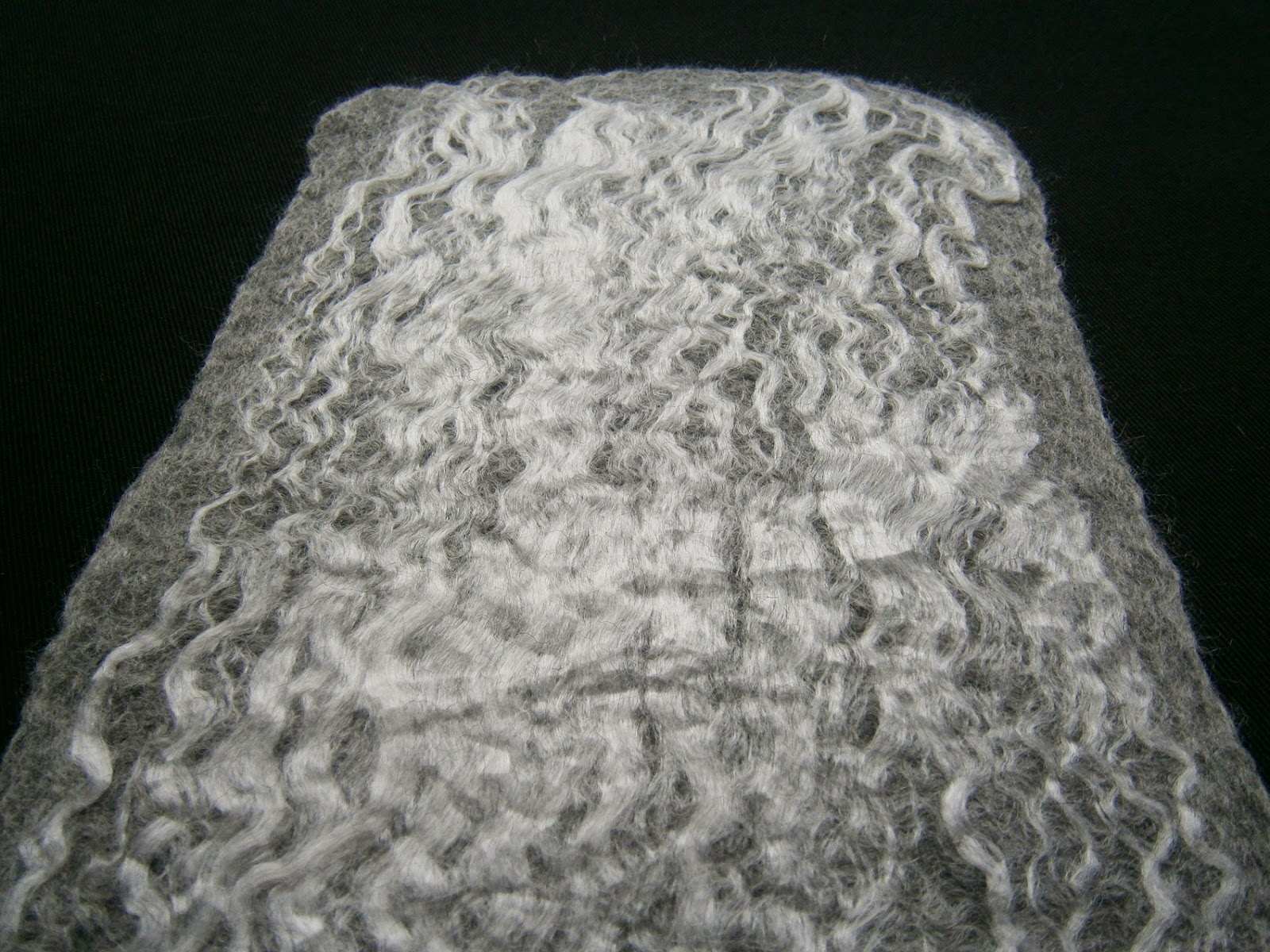 Getting in closer, you can see the Merino migration through the Ingeo, and though the Ingeo is thick, it is still smooth: 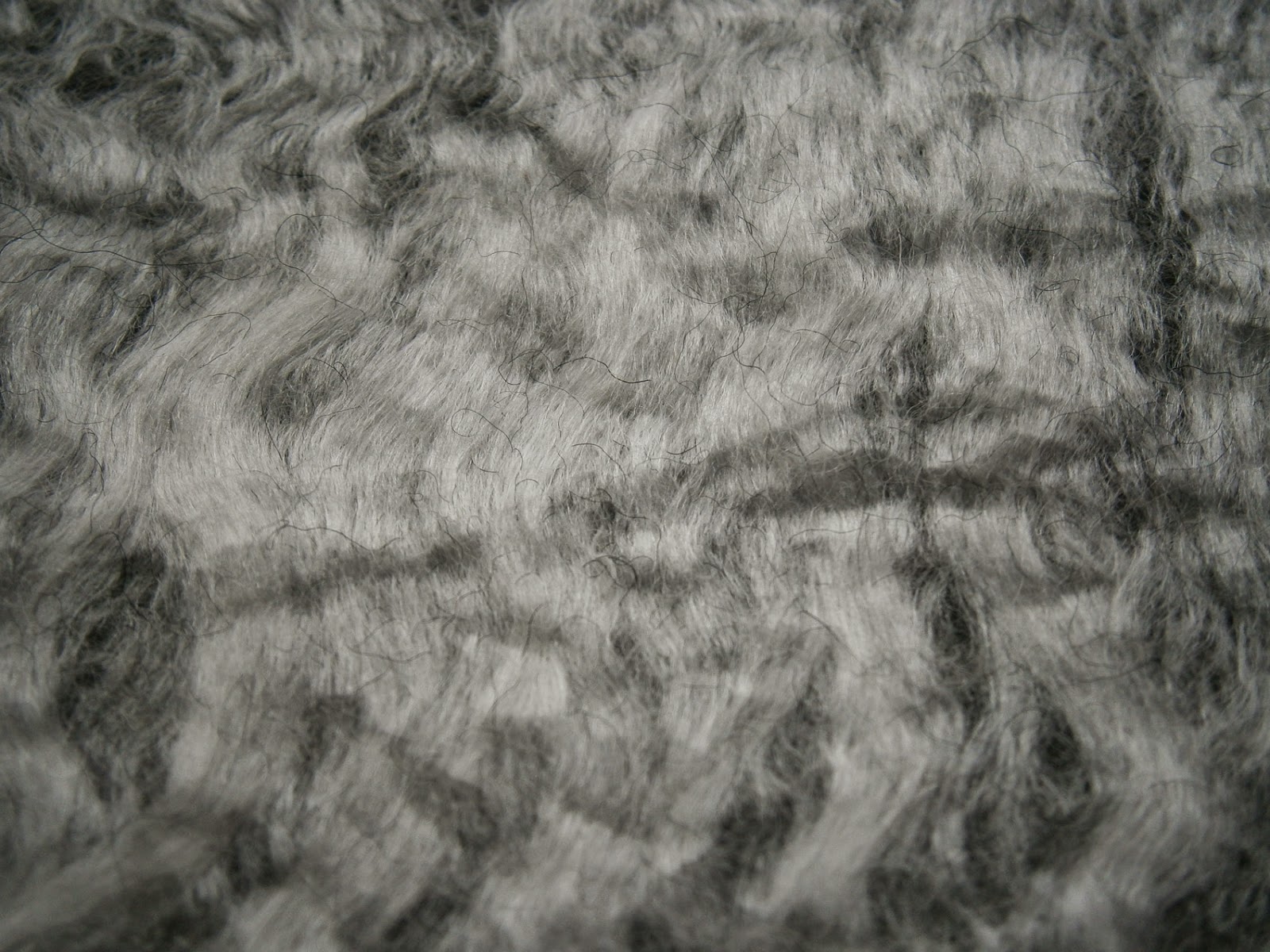 This close up of the bottom shows what it looks like when it is sparser: 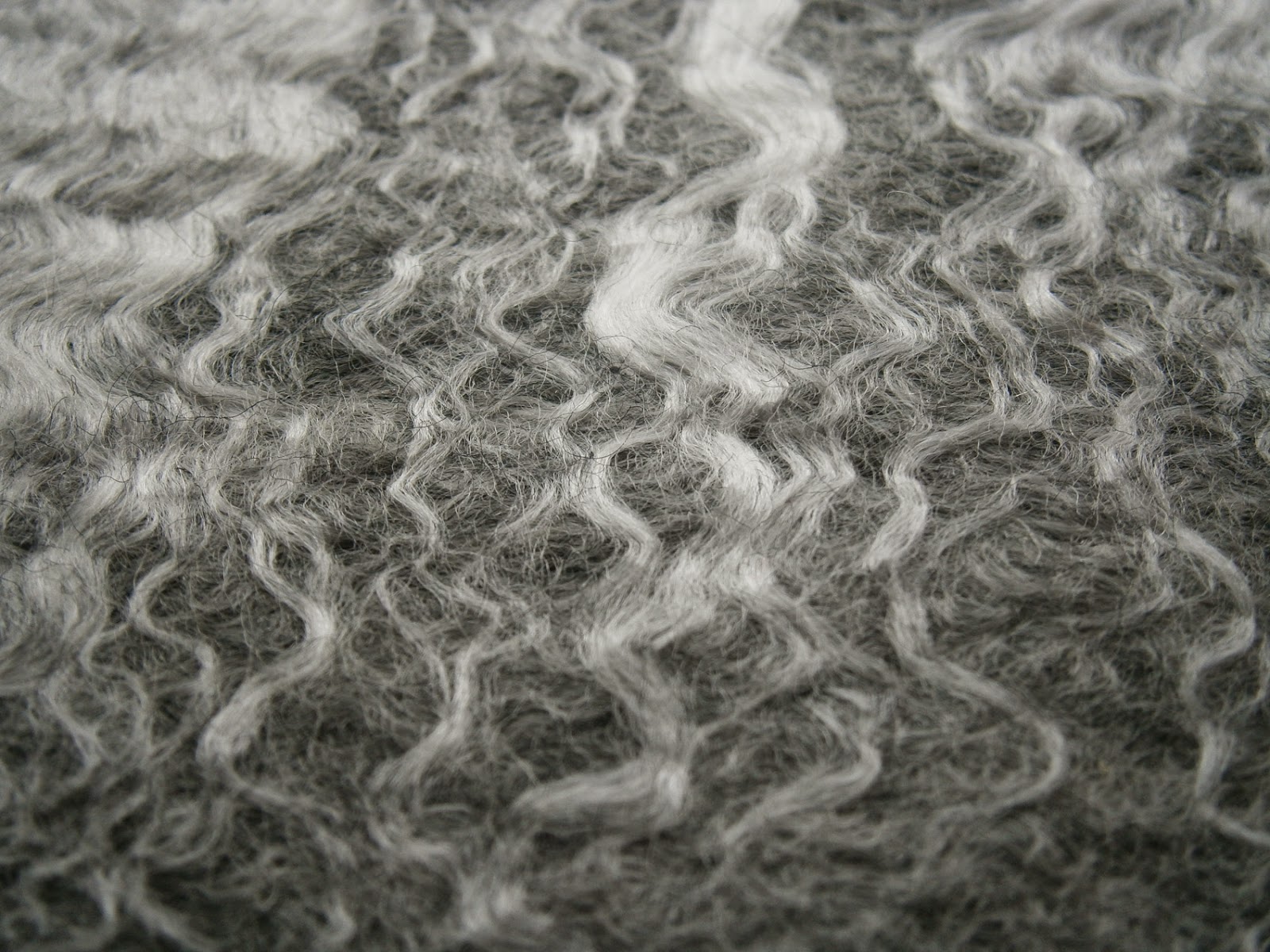 When I used Ingeo on this piece with dark grey Icelandic, I didn't lay it so thickly: 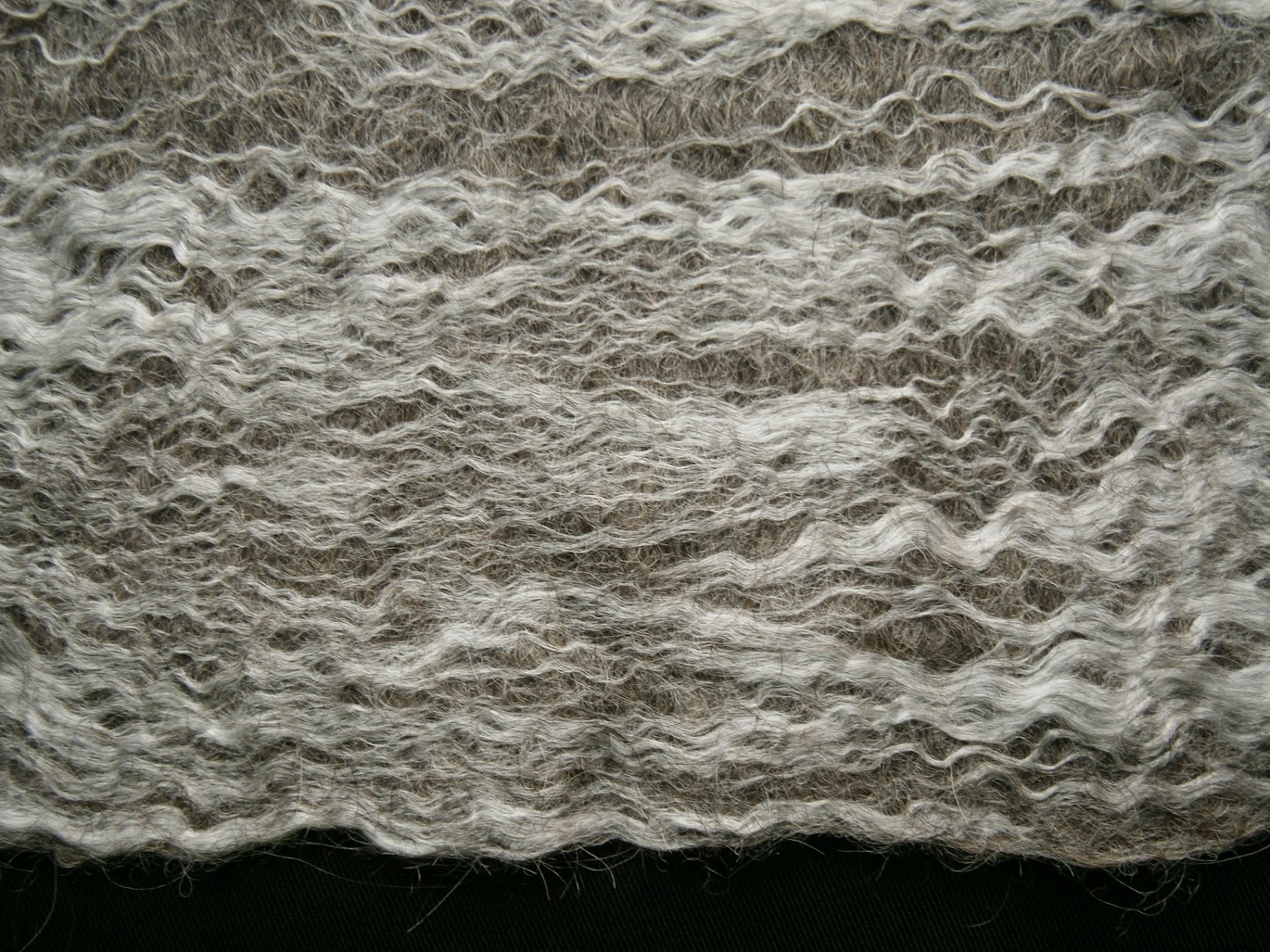 I like the way it looks so different with the Icelandic, where it's sparse it even looks a different colour. 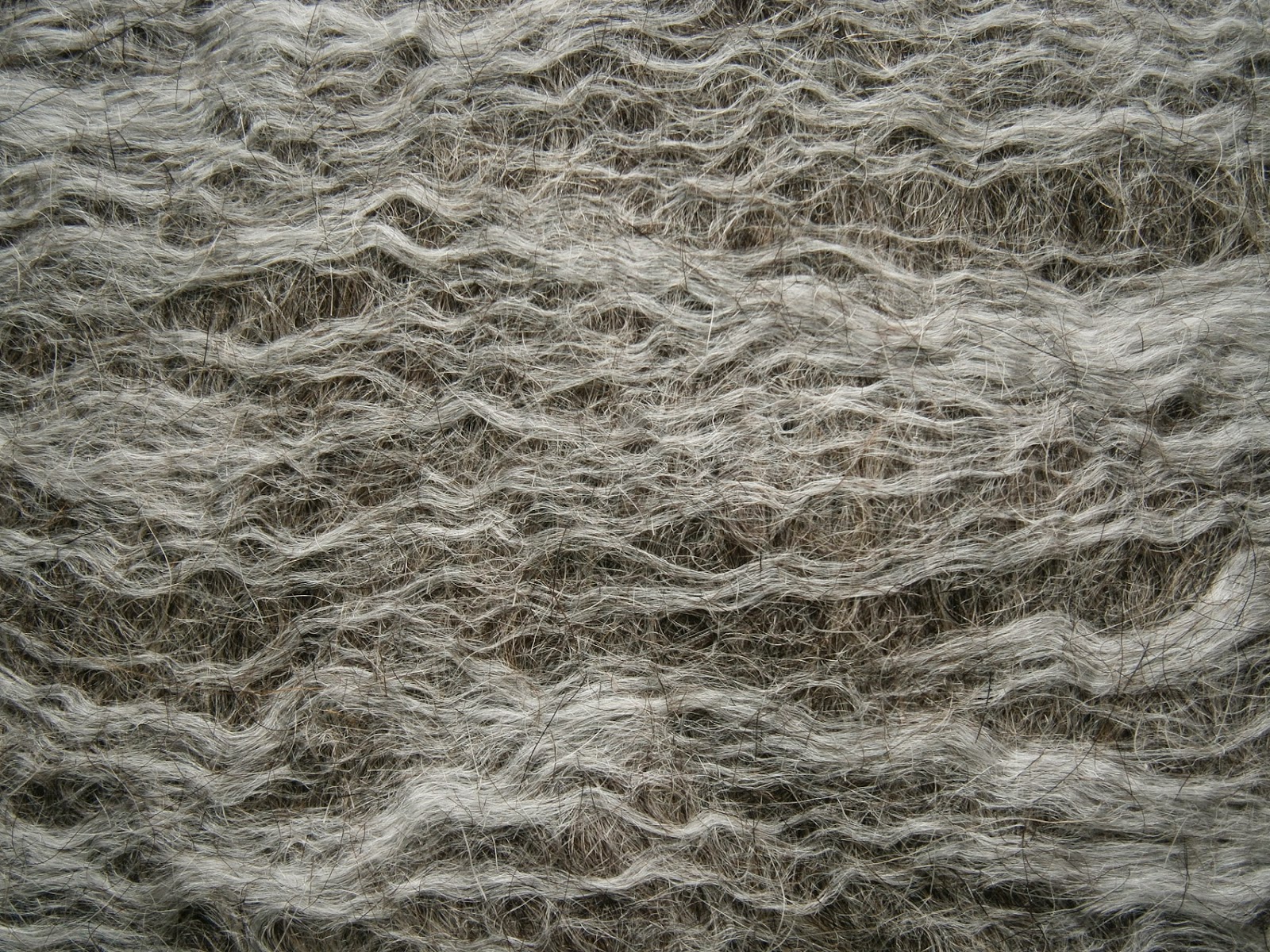 There's a lot more migration with the coarser Icelandic: You can see on this close up where the Ingeo is quite dense, it pulls together in a similar way to on the Merino, but isn't quite as smooth: 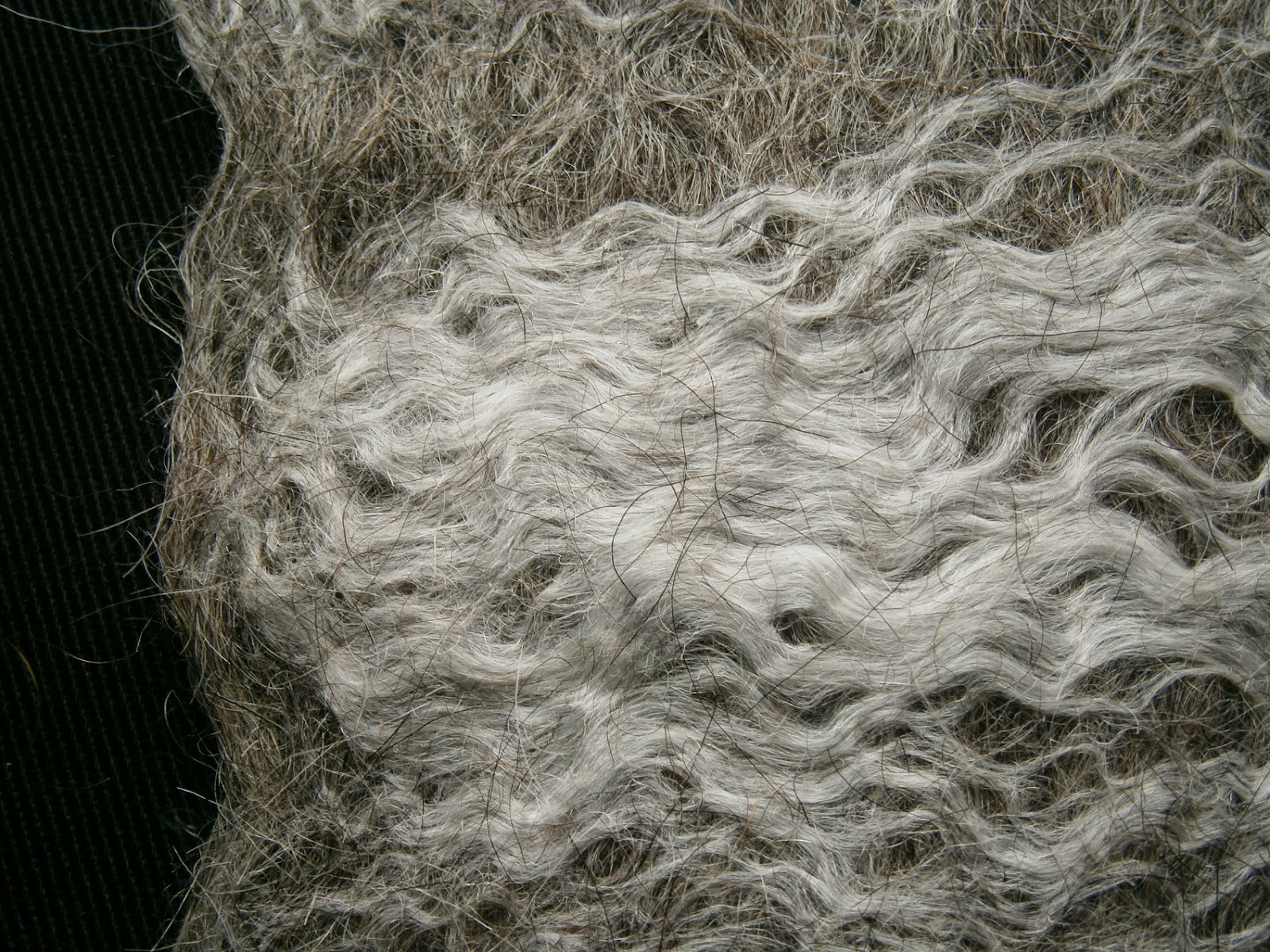