It's been pretty obvious to the two (three?!) of you who read my blog that I've had difficulty keeping up with it for quite a while now, like I mentioned in a blog post in June. I made a similar post on The Felting and Fiber Studio site in November, and if you read the comments, you'll see that I'm not alone! As I was stressing again this week about how much I've let slide, and worrying about how I'll even 'catch up', let alone stay on top of things, I thought I would start with a look back over the year like we do on the Studio site each year. But instead of making a couple of slide-shows of my work, like I did there, I thought I would pick one project from each month of the past year to share. And this made me realise that if I find it so hard to blog weekly, why don't I blog monthly instead? Seems obvious when you think about it doesn't it!?! I didn't make anything in January, but over the holiday break I tidied up the supplies from the class I do at the Well-Being Centre and in late Jan/early Feb I made lots of batts from all the odds and ends and matted bits of wool tops from the bottoms of boxes: 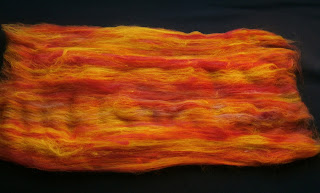 In March I made a couple of vessels, I used texturey wools on this one and left it to dry without anything inside to shape it and I liked the way it came out: 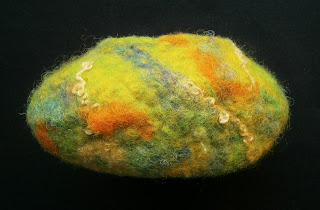 Having a 'play day' at the well-being centre one day in April, I made this piece using tubes of wool made by wrapping wool wisps around a kebab stick: 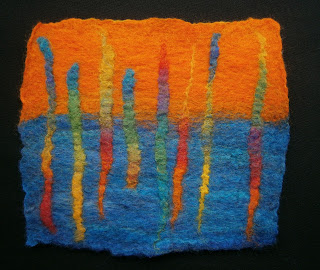 In May, I made a nuno felted piece for a challenge on the Studio site. This is one of my favourite photos from while I was making it, I thought it looked like a cow's stomach/tripe! 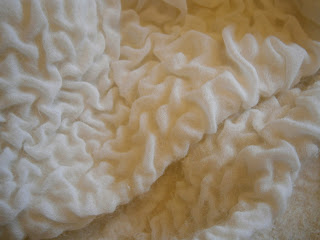 This is what the finished piece looked like held over a lightbulb: 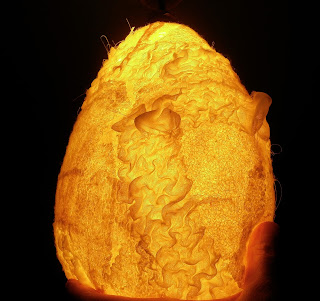 In June I made a felted painting for a friend. I'd shown him some photos of paintings I'd done and he liked a few in this style: 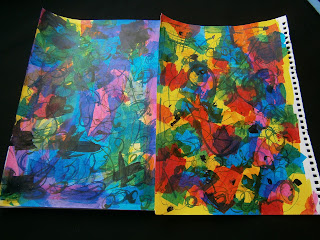 Originally, I'd planned to do a painting on canvas for him, but the technique I'd used didn't transfer to canvas very well, so instead I thought I'd see how well the idea worked in felt. I have to say, it's one of my favourite pieces I've ever made! 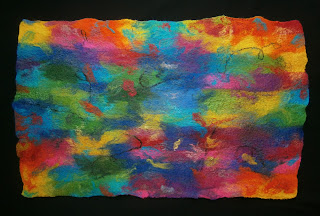 I kind of got hooked on making felt pieces inspired by paintings, I used this painting too for inspiration: 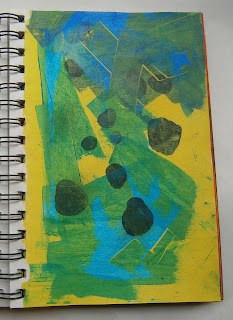 And this is the felt piece I made: 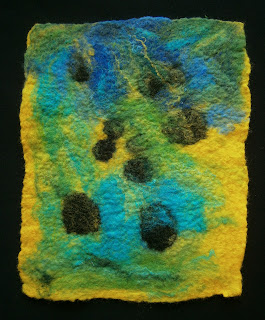 In July, I made a kind of seascape felt piece: 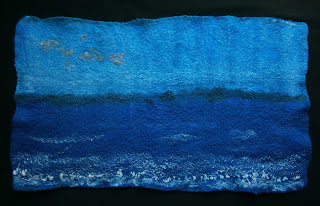 And then used it to make a notebook cover: 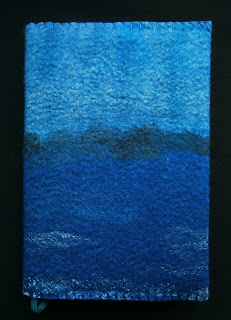 In August, I made a few collage pieces for greetings cards, this is one of them: 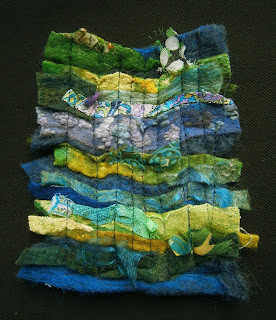 I did a bit of needlefelting in September, this is a piece I made using various wools dyed with natural dyes: 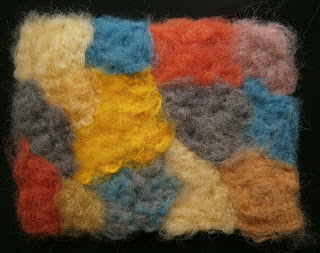 This is a piece I made in October for another Studio Challenge, I combined wool tubes and twists with nuno felting: 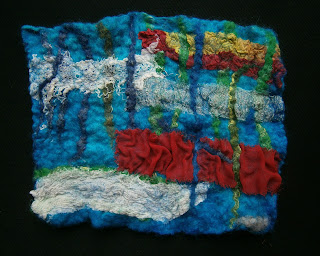 I made a purple and black piece embellished with lots of undyed fibres, in November: 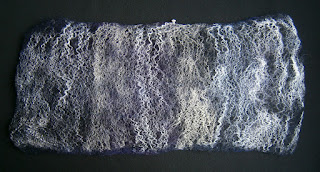 One of the last things I made last year was a case for my best friend's birthday. I made it in one piece over a resist and used silk to line it, I added a button and stitching before I gave it to him, but here it is when it had dried: 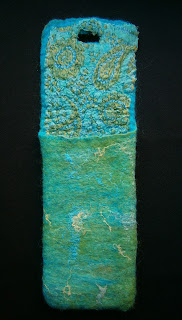 I'm grateful for anybody who ever takes the time to read the blog posts and I hope to blog a bit more frequently this year. I hope you have a fibre filled 2019! Happy New Year :)
Posted by Zed at 23:10 9 comments: