We've been playing around with surface design elements and techniques recently at the well-being centre, things for adding texture and depth to felted landscape pictures. We're working up to doing some detailed pieces which we'll add hand stitching and free motion embroidery to. We started off doing really simple landscape pictures, using nothing much more than textured wool rovings and a few embellishments: 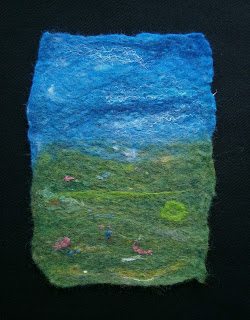 Hollow tubes of wool, which I can't help calling 'wool kebabs', because they're made by wrapping wool wisps around a bamboo kebab skewer, have lots of potential for creating texture and interest not just for felted landscapes, but on any felt piece. These are a collection I have from using the skewer to clean by hand carders: 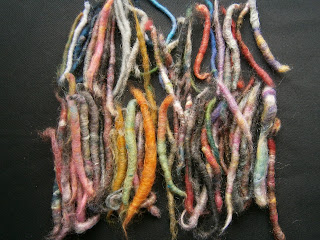 I made some felt samples to show the tubes being used simply, so they can inspire ideas rather than influence how they're used. I made lots of different black/white/grey tubes/kebabs. For this first sample I used black Merino and a blend I got from a Botany Lap waste bag. The shiny fibre looks like bamboo or viscose. I just used 5 pieces on this: 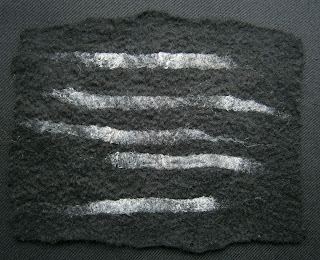 For this next sample, I covered the whole piece with the wool tubes, these were mostly quite 'hairy' rather than smooth because I used some coarser blends. The neat rectangle really changed shape with the areas of different shrinkage according to how thick/thin it was in places: 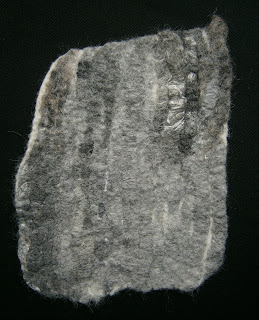 I think the blend I used for these had a few brownish shades of wool in. These were quite texturey too. I don't know which wool I used for a base. I think that was from a Botany Lap bag too. I think this is my favourite: 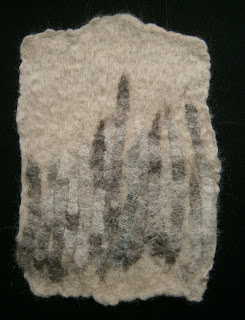 I bought some stripey wool from wollknoll a couple of years ago, and thought this would make some nice wool kebabs. I used them on Black Merino, and they turned out really nice too: 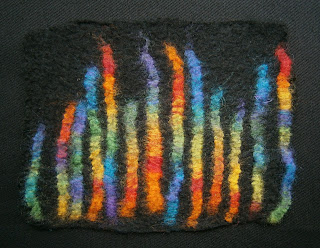 I took a pile of the wool tubes to the well-being centre for a play around and thought I'd see how laying them in 2 different directions worked out. I put the middle lot of tubes on first, then the diagonal ones at the top, then filled in the gaps at the sides with a couple more on each end. We were talking about the bag of dyed embellishments I'd taken in and I pulled out some cotton and fluffed it up, and noticing some gaps on my layout, thought I'd add it to show how it felted. It looks like a kind of futuristic landscape, in a non gloomy or dystopian kind of way: 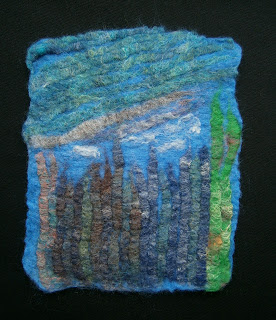 I thought I'd try making a felt piece with the tubes kind of crammed on, instead of laying them out neatly next to each other, because they tend to move a bit and leave gaps. I didn't over do it, just added two or 3 more than if I'd positioned them. I also wanted to see what the tubes looked like if they were stretched, so I pulled some from each end until they were the right size to fit accross the layout: 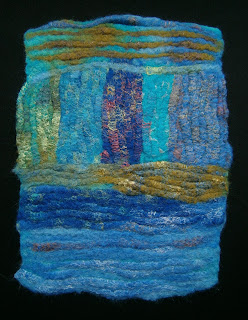 One surface design technique I've always liked to play around with is wool twists, so simple, but so versatile and effective. I used quite a lot of the tops from my weird grey/black and white botany lap waste bag for the twists used on this first one, plus a few blends of my own: 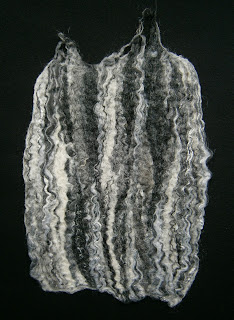 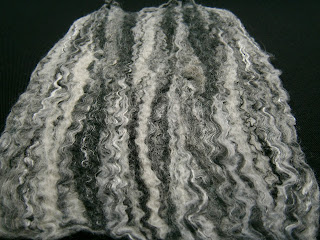 I thought it'd be nice to show twists used simply because not everyone wants to make something which looks 'real', I cut the twists in half, and then made some little woolly balls to go in the gaps: 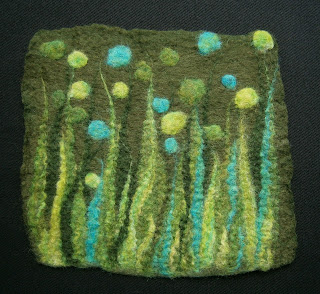 It has a kind of swaying seaweedy feel to it: 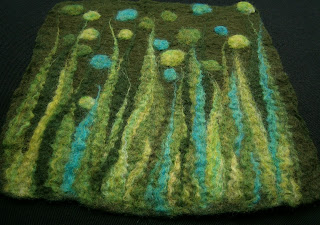 I think the wool twists are self explanatory, but I thought I'd make a short video showing how to use the kebab skewer to custom make the wool tubes, and at the end is using the skewer to get the trapped fibres out of hand carders which is where the idea originally came from:

I promised photos of the blue/green bag I was in the process of making, though it really doesn't look too much different to the separate panels :) This is the front, or more blue side: 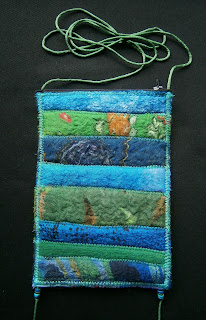 This is the more green side: 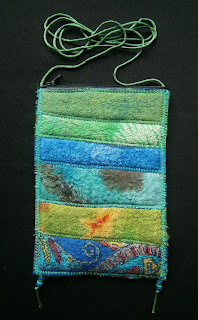 I also made a smaller bag with some of the green pieces. Side 1: 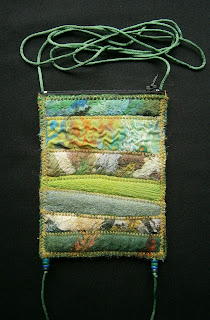 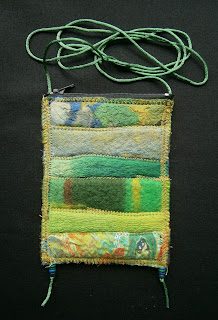 I've only got as far as making the last of my nuno strip pieces into panels for a bag. It was this yellow piece: 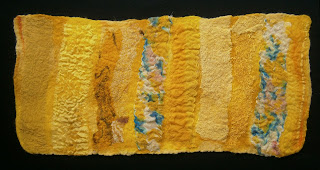 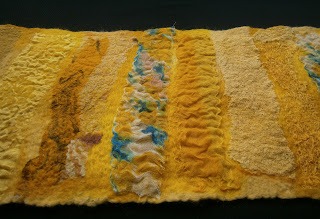 I liked these two strips next to each other, they showed the very different way felting/shrinkage affected them: 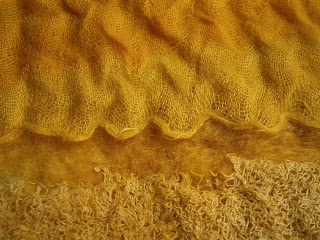 I used some of the spare offcuts from the orange piece to make up the panels: 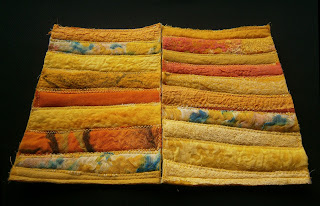 I showed some half finished purses not so long ago. I finally finished all the blanket stitching and buttons/buttonholes: 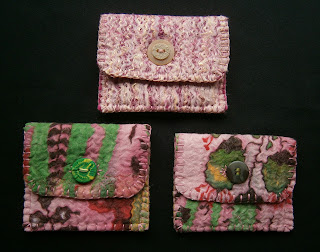 I also had some others I was at various stages with, and finished those too: 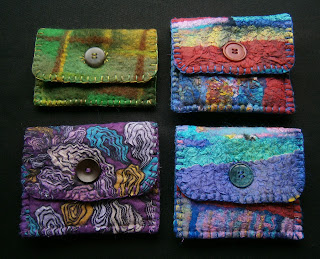