Another Bag and Some Weaving

If you're anything like me, when you get the sewing machine and felt and/or fabric scraps out, you end up with stuff absolutely everywhere and a huge mess to tidy away afterwards which takes so long you start to consider whether you really need to use that room again or if you can get away with shutting the door on the mess forever. I usually try to make the most of it and do as many sewing projects as I can all in one go and live with the mess in the mean time. After making the satchel type bag, I had some good sized off cuts left over so thought I'd make myself another bag. This one is 'passport bag' size. This is what it looks like from the front with the flap closed: 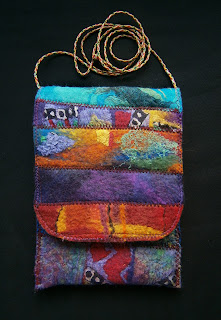 And this is what it looks like with the flap open - I used magnetic closures again: 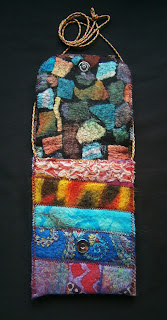 The felt piece I used for the flap is at least 4 years old, one of those pieces you make for fun and put 'in the box' until you find the perfect use for it. Weirdly after using it on the bag, I was watching Neighbours (an Aussie soap, for those who don't know) and a character was wearing a jacket, just like my bag flap! 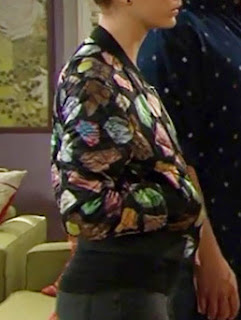 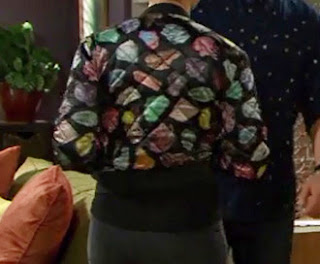 I did a bit of spindle spinning and then weaving recently. I thought it'd be nice for fairs or the well being classes to show how hand woven yarn can be used. This first one was made with fairly neat (by my standards, anyway) yarn, just single ply, and I didn't wet and set the twist or anything, just wound it onto an old broom handle from the spindle. I wove it on a little kids loom I bought: 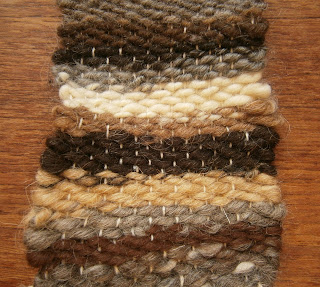 I was doing some of the weaving at night watching Parks and Recreation and thought I was using all naturals, but it was obvious in daylight I'd used some yarn I made ages ago from hand dyed Merino (green over orang, I think), but I think it matches alright. 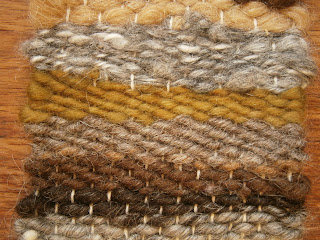 Since not everyone has a loom handy, I thought I'd make a few pieces with cardboard looms, so I cut some rectangles and then marked out sections and cut notches in the bottom. I also used some yarn I'd made from my carding scraps - the really wiry, scruffy, short and matted bits - and some coarser wools like Herdwick (the bits I used looked like unpicked Brillo pads) and a couple I got from Wollknoll which look like shredded wheat - to show that yarn, and weaving, can still look good even if you don't make smooth, even yarn. This is a tall one I made: 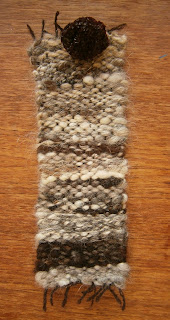 That's a dried pepper keeping it flat, I'll probably have to wet and block some of these becasue they want to curl! Close up: 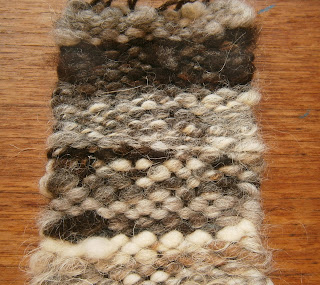 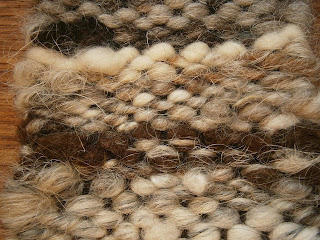 This is a really small one I made: 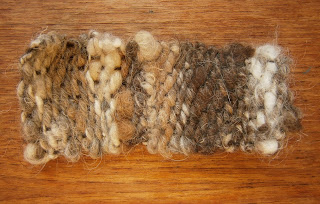 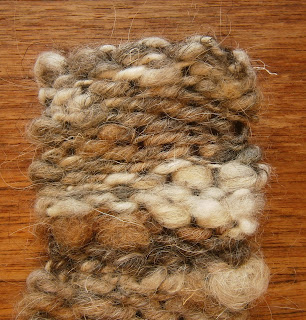 This is the larger of the cardboard looms I made: 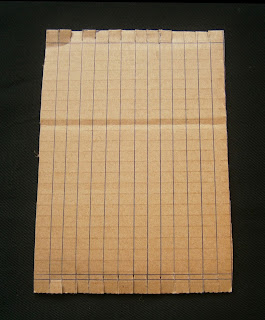 And this is a photo of the loom above with a smaller cardboard loom (it already has the warp thread wound on it) and how they compare to the kids’ loom I have. That is probably smaller than A4/printer paper: 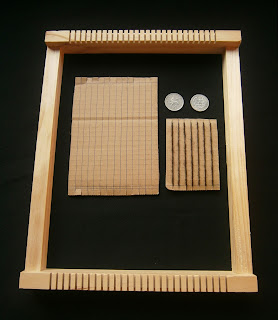 Over on The Felting a Fiber Studio we like to have Quarterly Challenges. In April, Ann issued her challenge for the 2nd Quarter, all about re-using or recycling offcuts or reshaping/re-imagining discarded pieces etc. It took me a while, but I finally got around to doing the challenge. One thing I like more than colourful felt, is lots of colourful felt! So, when I have a nice collection of offcuts, I like to put them together in a collage and make something out of it. I'd been wanting an 'alternative' bag to my little drawstring bag for a while now, and I've got a canvas satchel which I really like, but I wanted something a little bit smaller, so I thought I'd go with a smaller version of that. I worked out the dimensions for the length and width I'd need it, marked out where the front, back and flap would be, then pieced all my strips together: 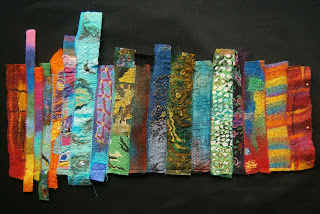 The middle section with all the nuno pieces would be the back, I positioned them there because I know from experience that felt, especially Merino felt, can bobble/pill easily when it rubs a lot, like bags do around the hip area. When I trimmed the edges and folded it into shape, I realised the front flap was a bit too long to add satchel straps, so I went with a magnetic closure. This is what it looked like from the front when it was finished: 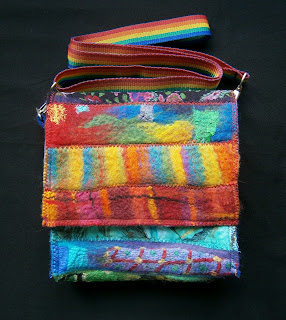 This is how it looks when it's open: 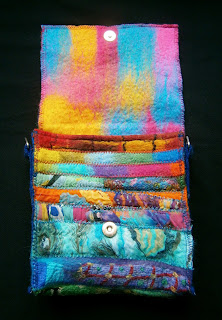 This is the back (with the front flap open): 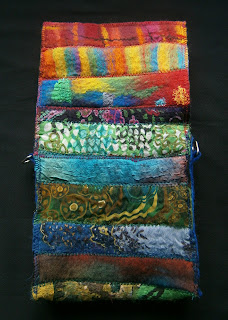 For the side panels, I tried quite a few felt pieces, One which looked really good was a piece I'd made from woven pencil roving, but I knew it'd be too thick once the hook straps were added, so, and I don't know why this is still hard to do after all these years, but many will understand, I cut up a piece of nuno felt I made a while ago. I'm not sure I ever showed it because it's blue and I have a hard time taking photos of blue, but here's one end of it: 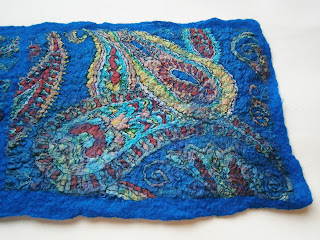 I cut strips for the sides, and thinner strips to make the straps to hold the bag hooks in place: 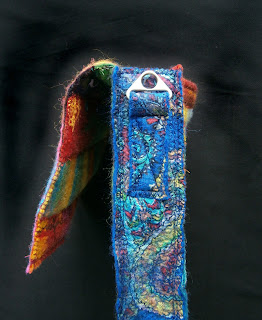 I got the findings from another bag I bought from a charity shop just for them. I recently bought 10 metres of rainbow webbing with a bag in mind and it went perfectly with this bag, I even got the findings attached the right way around the first time!:

For a guide to using fabrics in felting, check out my e-book, Beyond Nuno :) 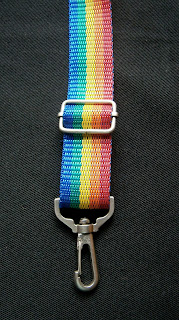