If you liked the painted landscapes and the Start2 tutorial from my last post, you'll probably love the post Ruth did on the Felting and Fiber Studio site this week. She wrote a great tutorial for how to add detail to the landscapes to finish them off.

You might remember I had some unusual pieces of fabric in the nuno samples I also showed in that blog post. In the small piece, I had a strip from a scarf which pretty much looks like lengths of fine shiny threads held together loosely. This is what the scarf it came from looks like: 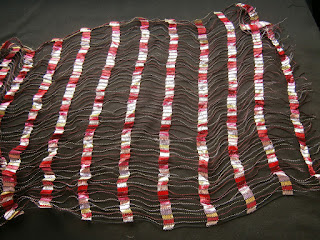 On the bigger nuno sample, I tried a piece of a loosely woven and ruffled scarf, this is what that scarf looks like: 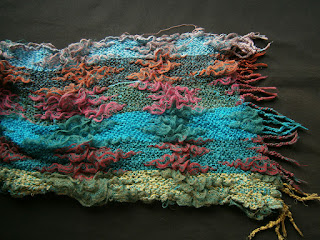 Another unusual scarf I sampled was also loosely woven, it had different sections: 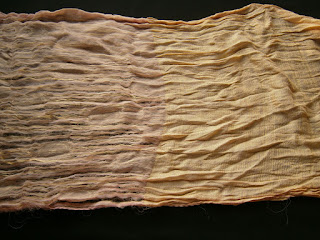 The part I used on the previous nuno piece had lots of loose fibres trapped between the layers which I didn't know until I cut it: 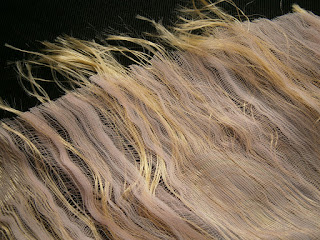 They looked like soy top, but fell out so didn't get felted with the sample. I don't think I showed a close up of that piece, here it is: 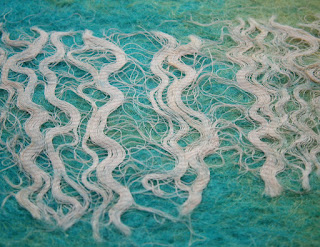 This is the full piece of the recent nuno sample I made:

This is a closer look at the left end. The top and third piece are both sections of the pink scarf, cut from the different ends: 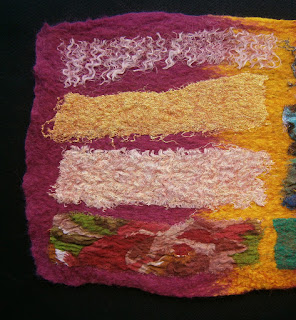 This is a close up of the other pink piece: 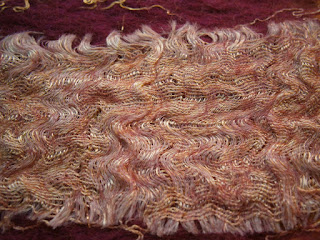 This is the middle section. The bottom piece is a strip of Sari silk. I've had mixed results with sari silk scraps I've had before so thought I'd try it out: 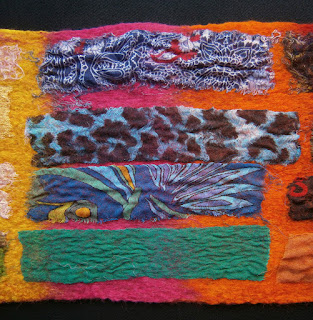 It was difficult getting a photo of the right end of the sample, the colours were so bright. I had to ignore the beige crepey strip at the bottom, it didn't attach very well anyway: 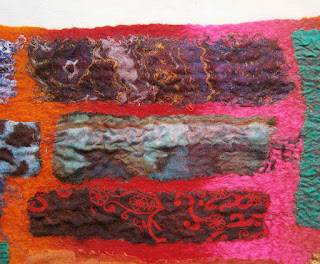 I managed to squeeze a couple of other strips on at the end, another piece of sari silk. I also put a little piece of a linen scarf I've tried before at the bottom: 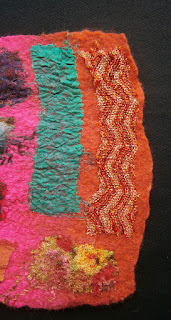