I thought it was time for a well earned rest after finishing the Polymer clay book, we had a ridiculous heatwave here in the UK too, so it was far too hot to blink without sweating. I took refuge downstairs where it was a bit cooler for a few days and then had a look through my felt box to see what I could work on next. I found the pink nuno pieces I made for Ann’s Challenge on the Felting and Fiber Studio site, and decided to work on those. I started with the larger piece I made for a notebook cover. I’d measured carefully when I made the piece so I’d get the ruffles just on the front and back. This is the front: 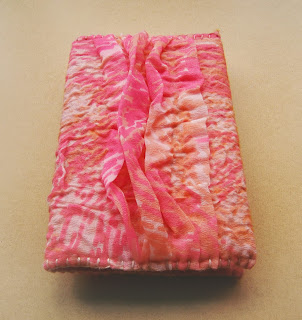 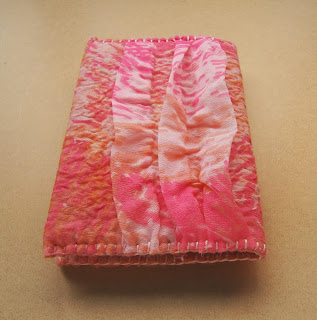 I must have measured properly because it worked out well. I didn’t want any of the ruffles where the flaps for the inside would go. 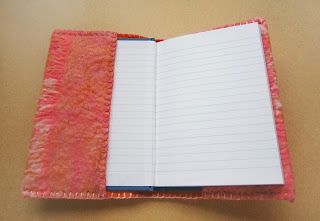 The fabric is a kind of synthetic crepe and ripples and ruffles nicely. 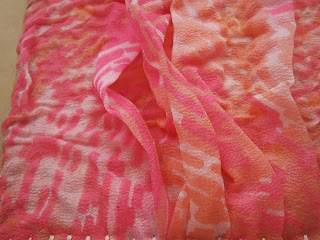 I’ve listed this on etsy now, though I'm going to swap the notebook for a red one. I’ve already cut and machine stitched the other piece for making a camera case, so as long as it stays cooler, I’ll work on the blanket stitch around that next.
Posted by Zed at 12:40