At the beginning of last month, Ann posted her 2nd Quarter Studio Challenge on The Felting and Fiber Studio site, the work of artist Stewart Stephenson. His work is very diverse, and I must admit I prefer his more abstract works, maybe because they are similar in style to my own oils and acrylics. I played it 'safe' with the first piece I made for this challenge, using one of his 'sass' flower paintings, Sassy Wildflowers: 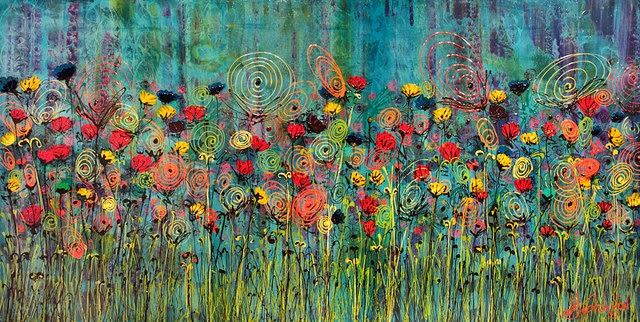 I drew myself a little sketch, marked down which colours to use where, then laid out the wool. I did a similar thing for both pieces and the colours were quite a bit off! This is before felting: 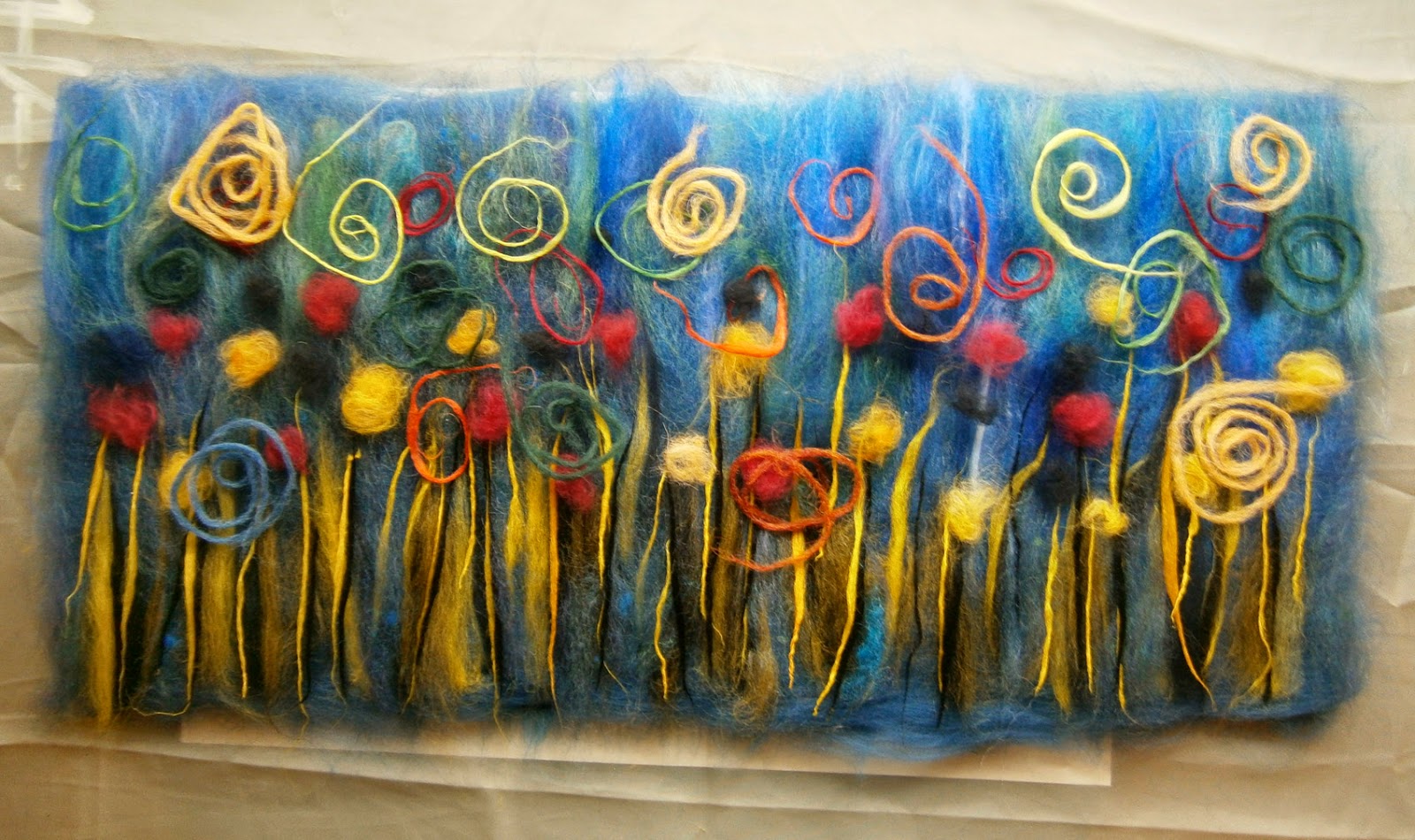 And this is what it looked like after felting: 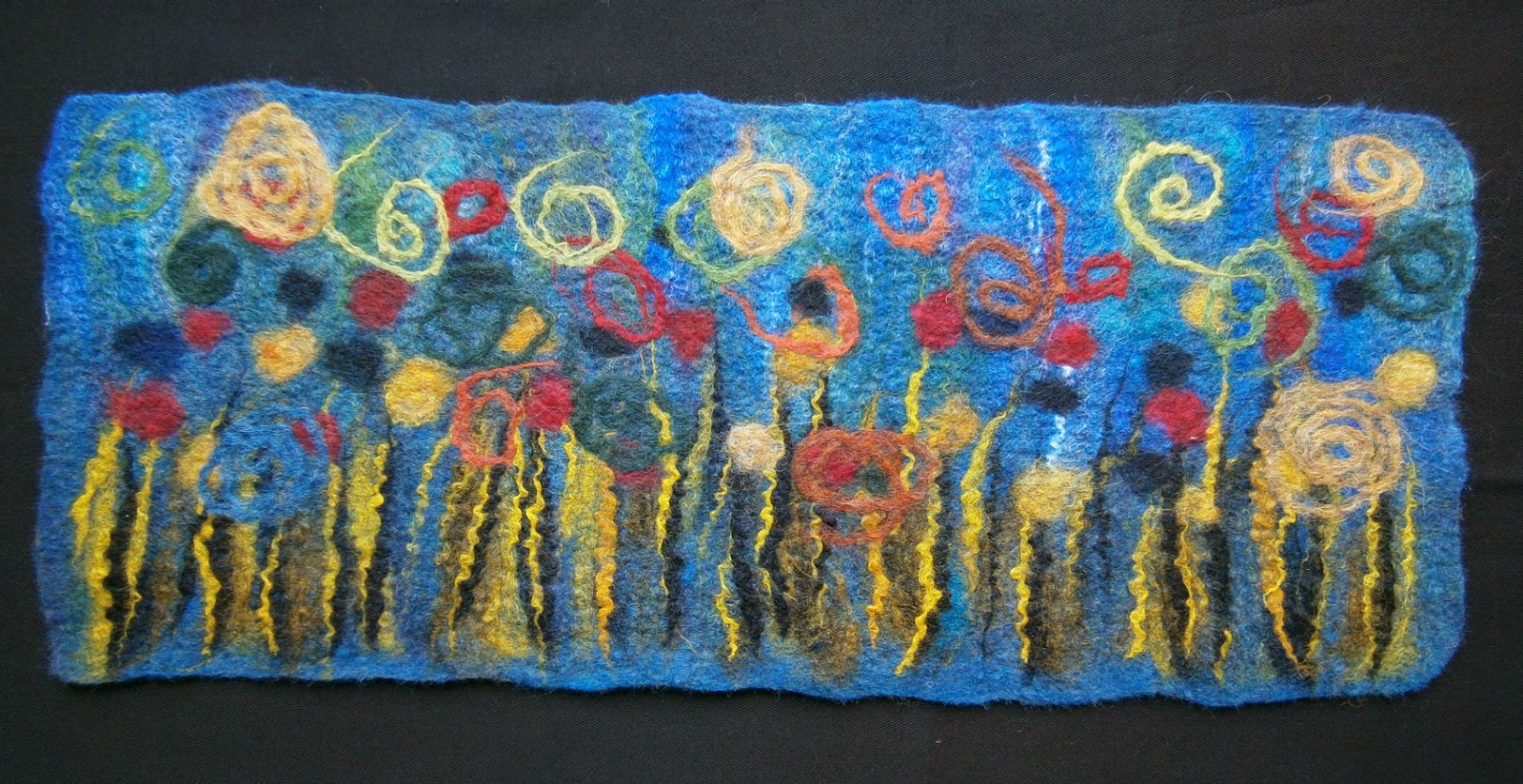 The other Stewart Stephenson pieces I quite like are his mixed media 'line' pieces. I'm not sure which mediums are used, some look to be just paint, some seem to be digital images or at least digitally altered. They all seem to be based on the idea of having a centre and working out from there. The one I mostly used for reference was 'Line Up Now'. 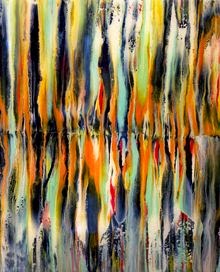 Again, my colours were a bit off, and also his works don't appear to be mirror images, but I liked the idea of that, so that's how I did mine. This is a close up of one part before felting: 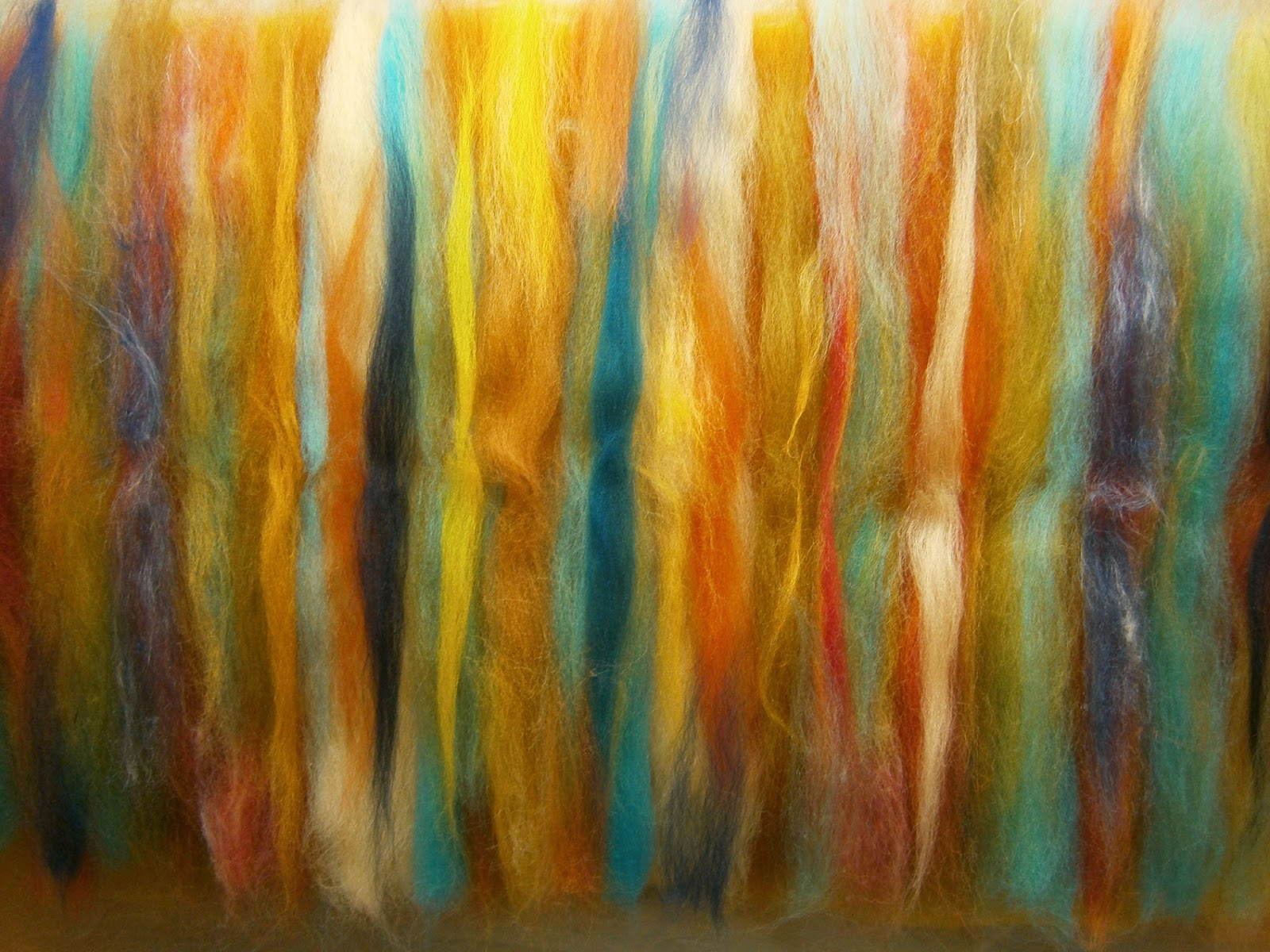 My girlfriend suggested I use some very dark blues and black on it, to give it more depth, so just before felting, I added those colours. This is what it looked like after felting. 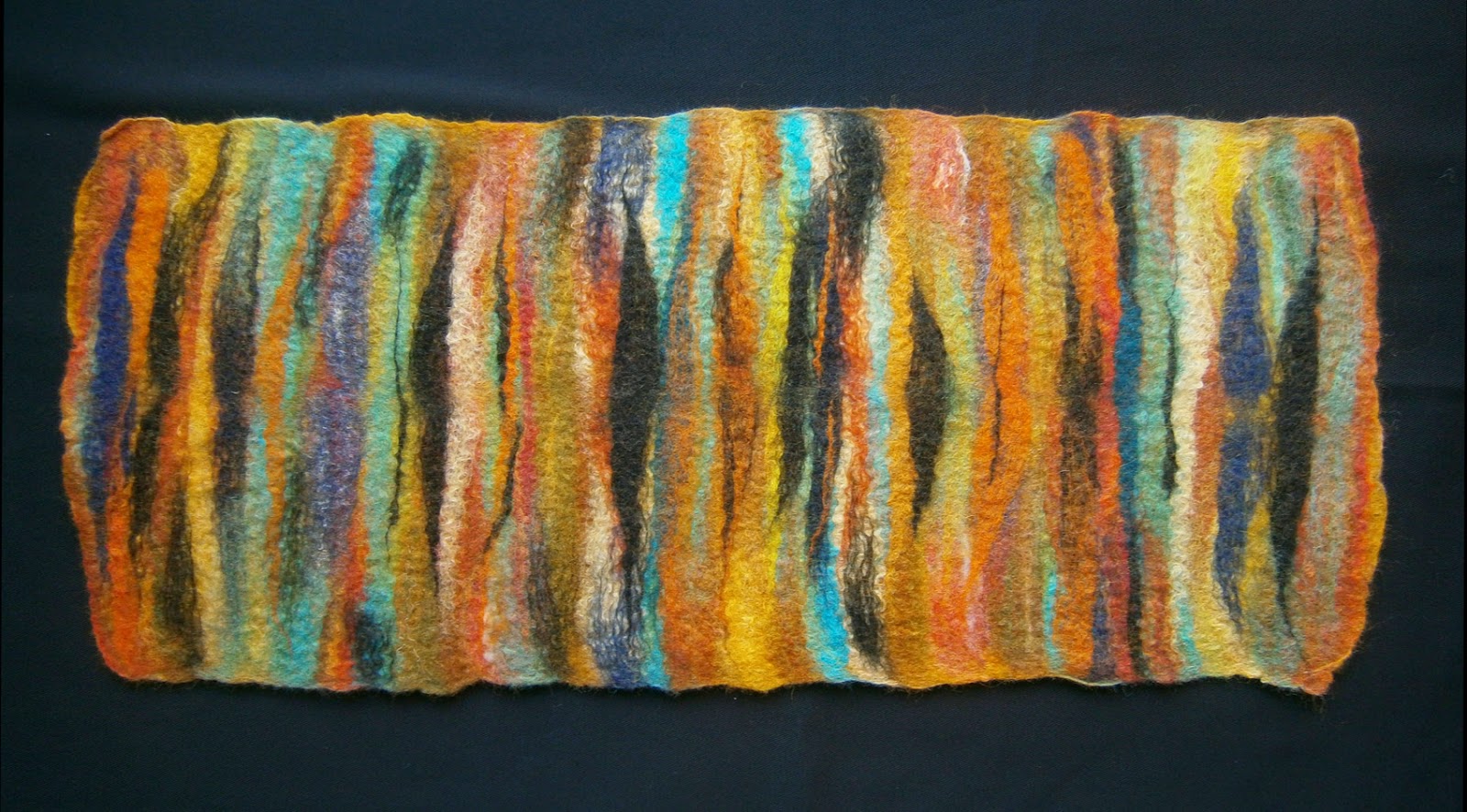 I really like the way both pieces came out. I made them of a size big enough to make notebook covers, but I think they'll stay as they are :) We'll be adding the entries to the Challenge Galleries, so if you'd like to be included just let us know. We also have a post on the forum where you can see other entries too.

If you regularly look at The Felting and Fiber Studio blog posts, subscribe by email, follow the blog or are a member/visitor to the forum, would you be kind enough to have a look at Marilyn's post or thread on the forum, she has written some questions for a survey, so we can evaluate what people are getting from the forum and if there any areas or features people would like to see more of. It'll only take a couple of minutes and would be really helpful. And please be honest, we really do want your input :)
Posted by Zed at 13:43