I got some wool tops listed as 'Arctic Fox', no other info about what the wool breed might be, just that it is 25 micron. It feels really soft, a lot like Bluefaced Leicester, and it felted really nicely too: 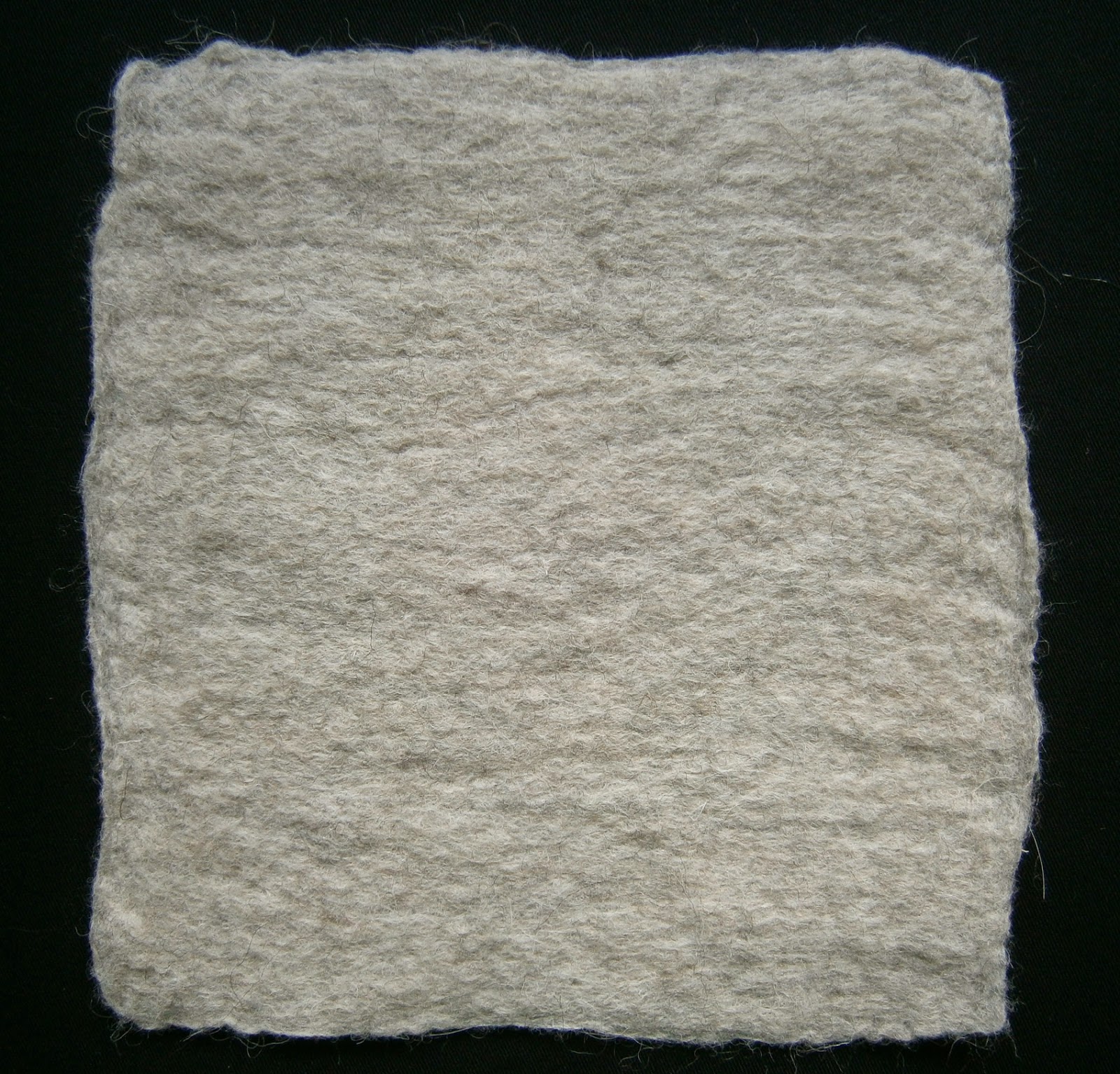 Though it's soft and felts like a fine wool, it does have some wiry bits: 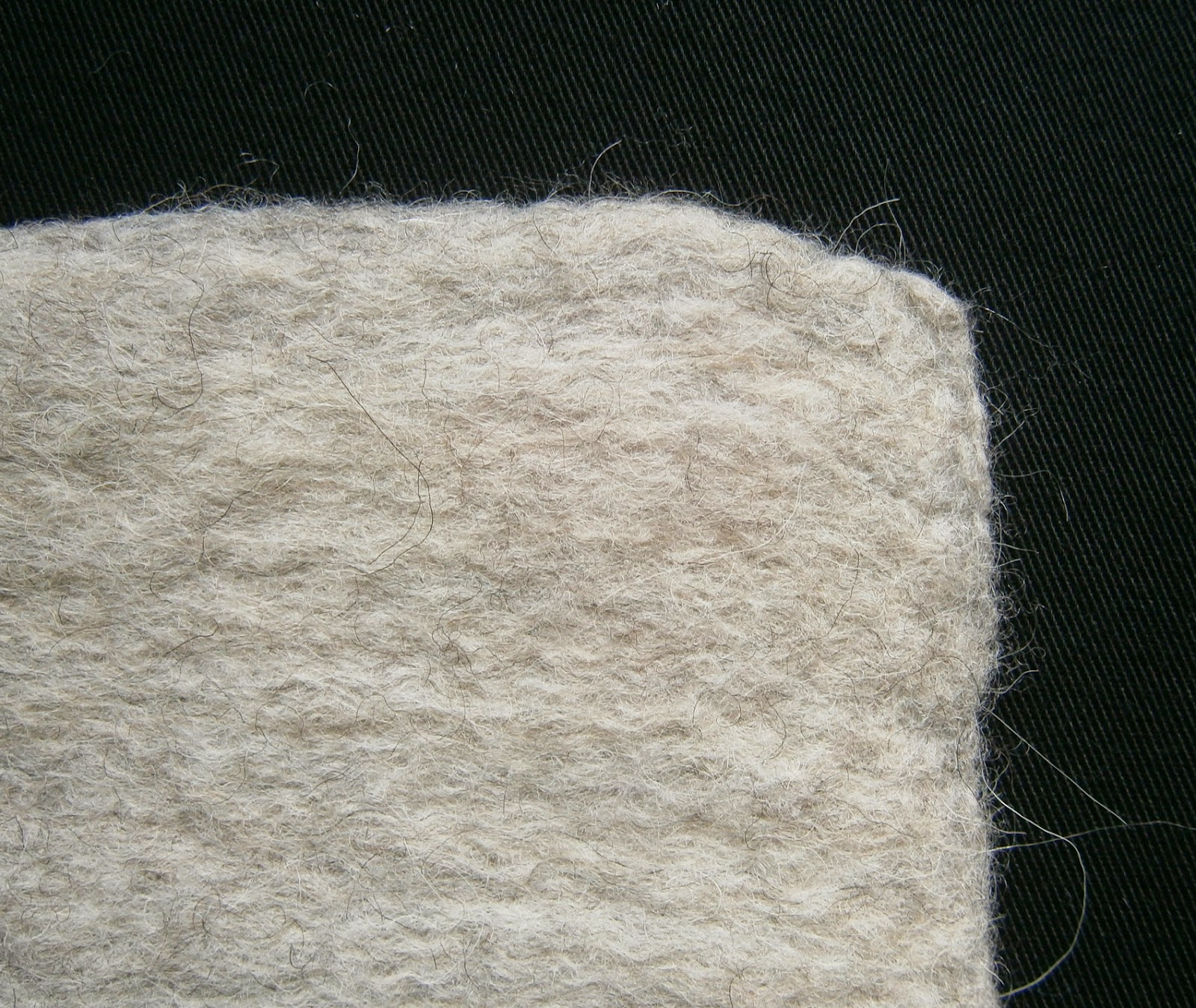 I tried a variety of fibres it, along the top is Soy top, below that is black Bamboo top (L) and Milk Protein (R), then some Hemp fibre, and at the bottom is Viscose top: 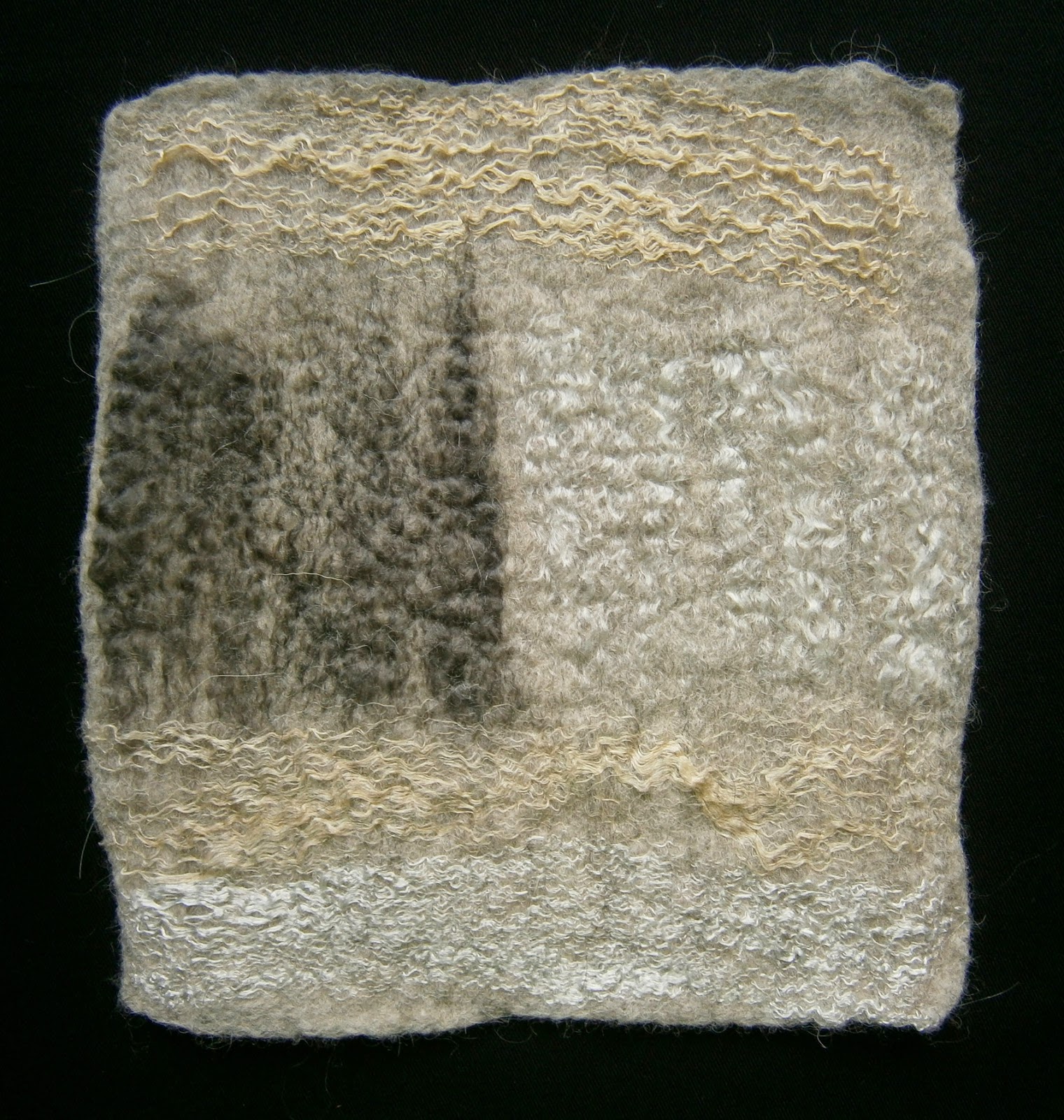 Interestingly it made the soy look like hemp or flax, which it only usually does with a coarser or curlier wool: 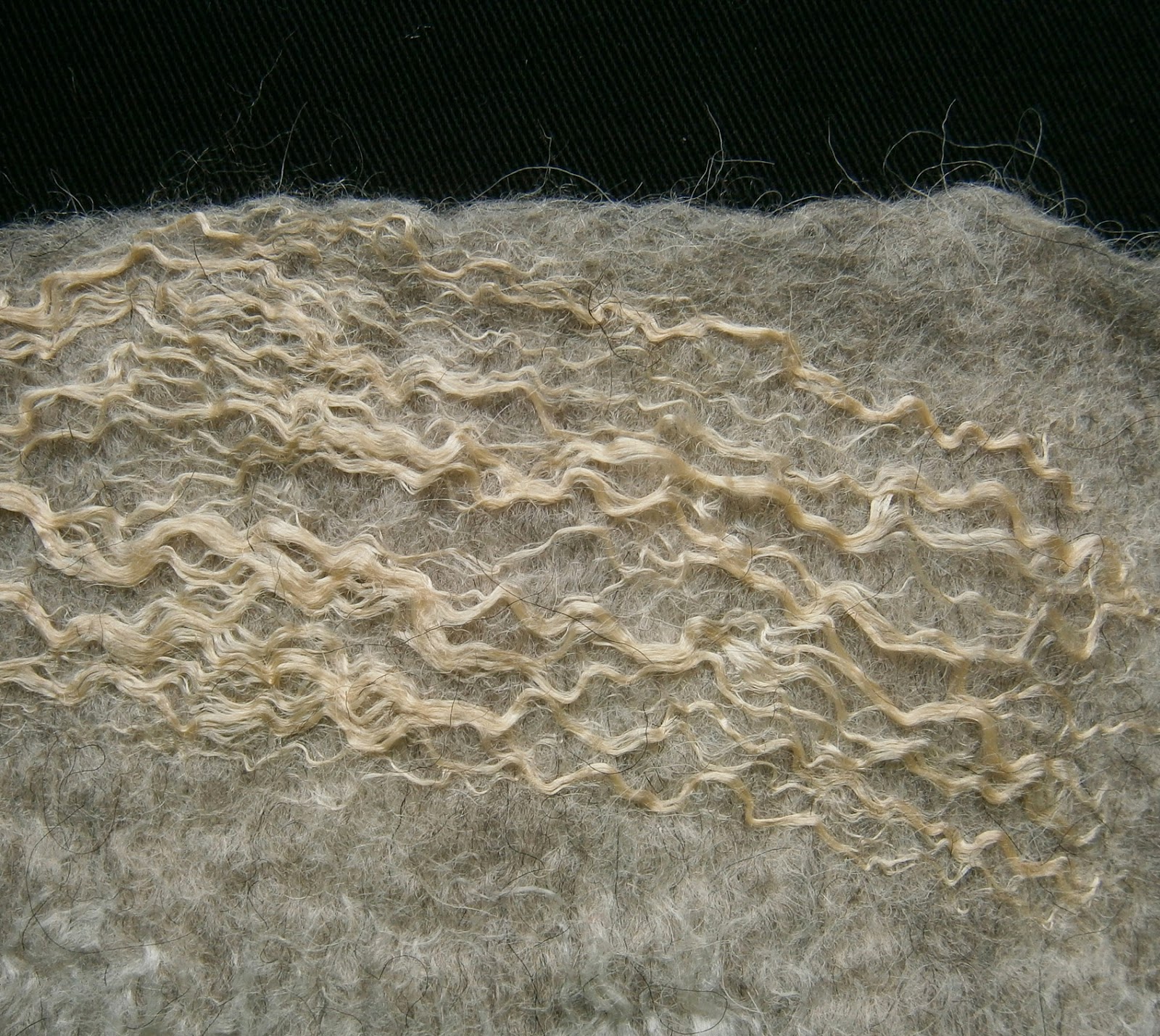 This is a closer picture of the Bamboo and Milk: 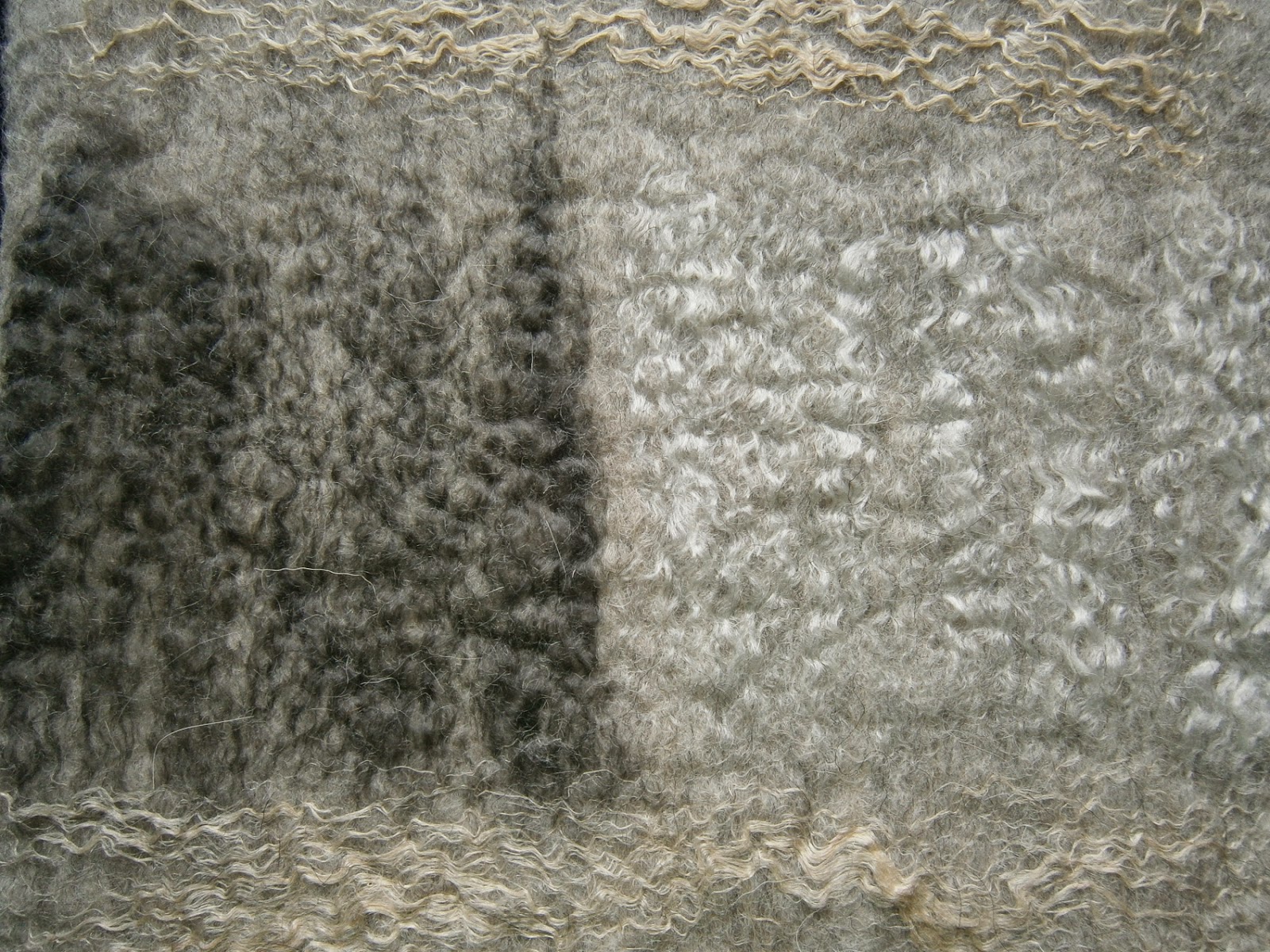 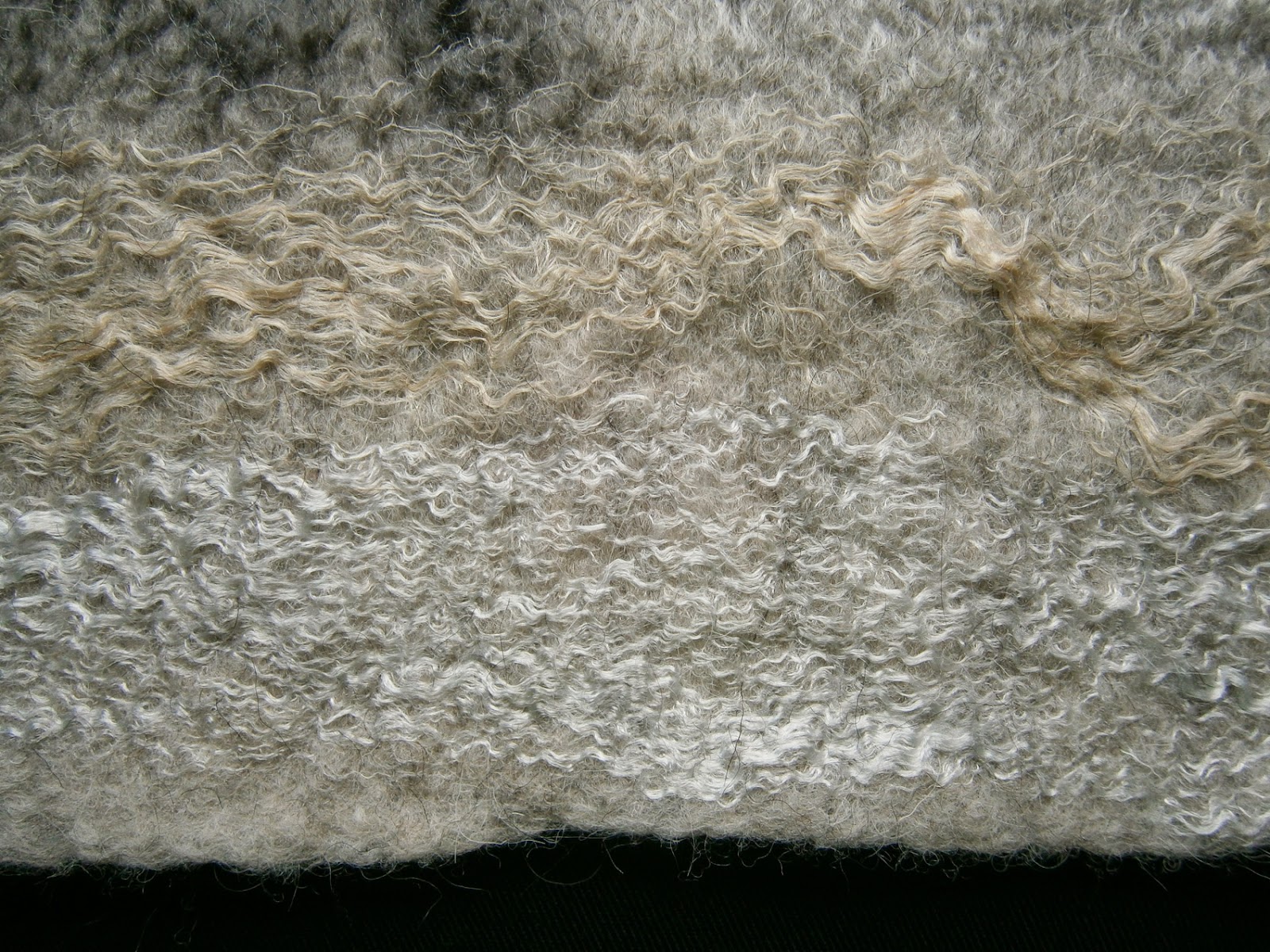 Another wool I tried was Skudden or Skudde. Zara found some info on it in English, and there's a Facebook group with cute lambs: https://www.facebook.com/groups/Skudden It isn't in the Fleece and Fiber Sourcebook, but apparently it is in the Northern European short-tailed family. I used this straight off the batt without carding it first, so it's a bit uneven: 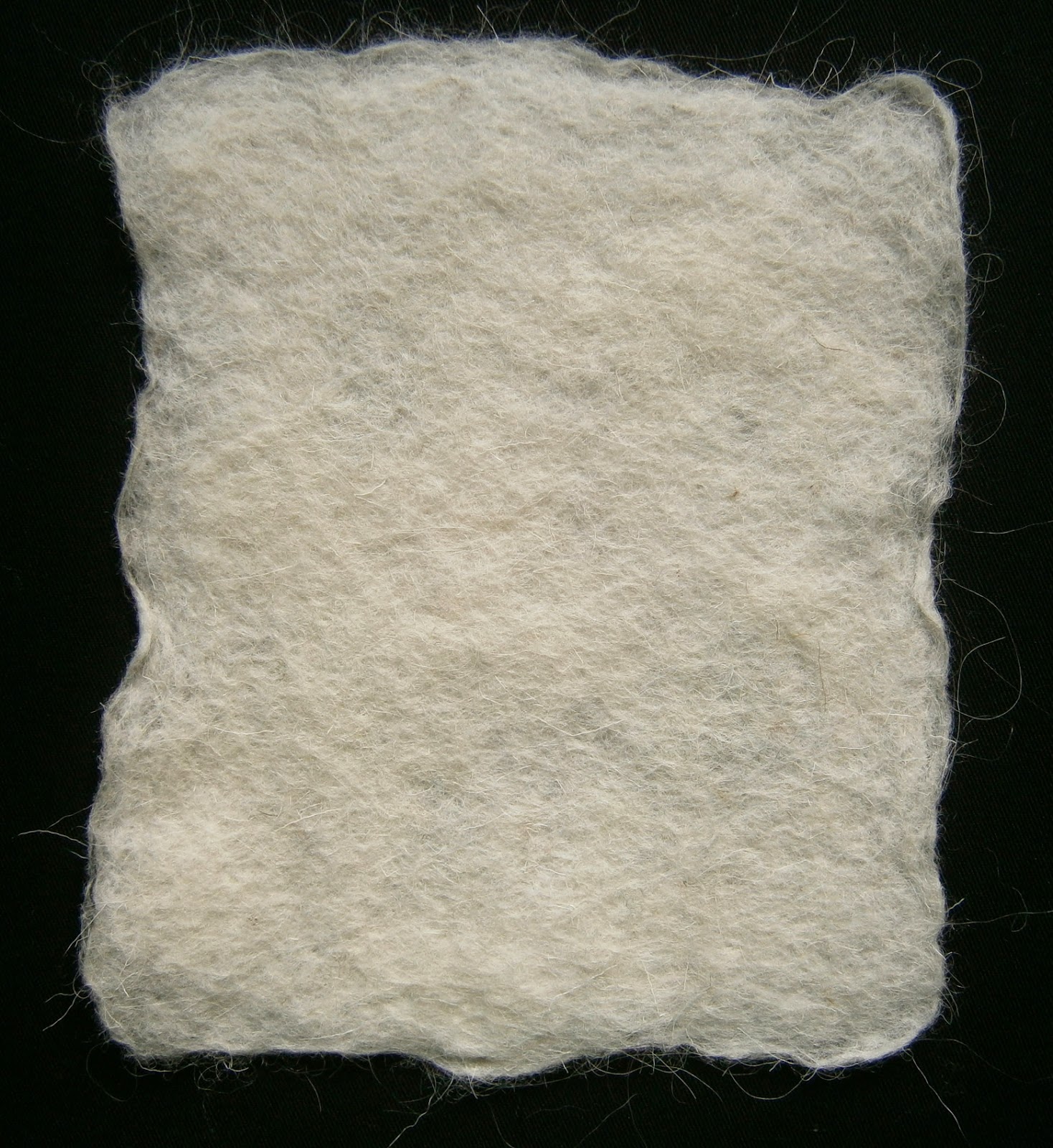 It felted immediately, it was like it was felted as soon as it was all wet and soapy. It is weirdly hairy though. I was using new netting and thought frayed fibres had come off and got all over the felt. This photo is actually in focus, but the hairiness makes it look like it isn't. I used black nylon tops, which are actually very black: 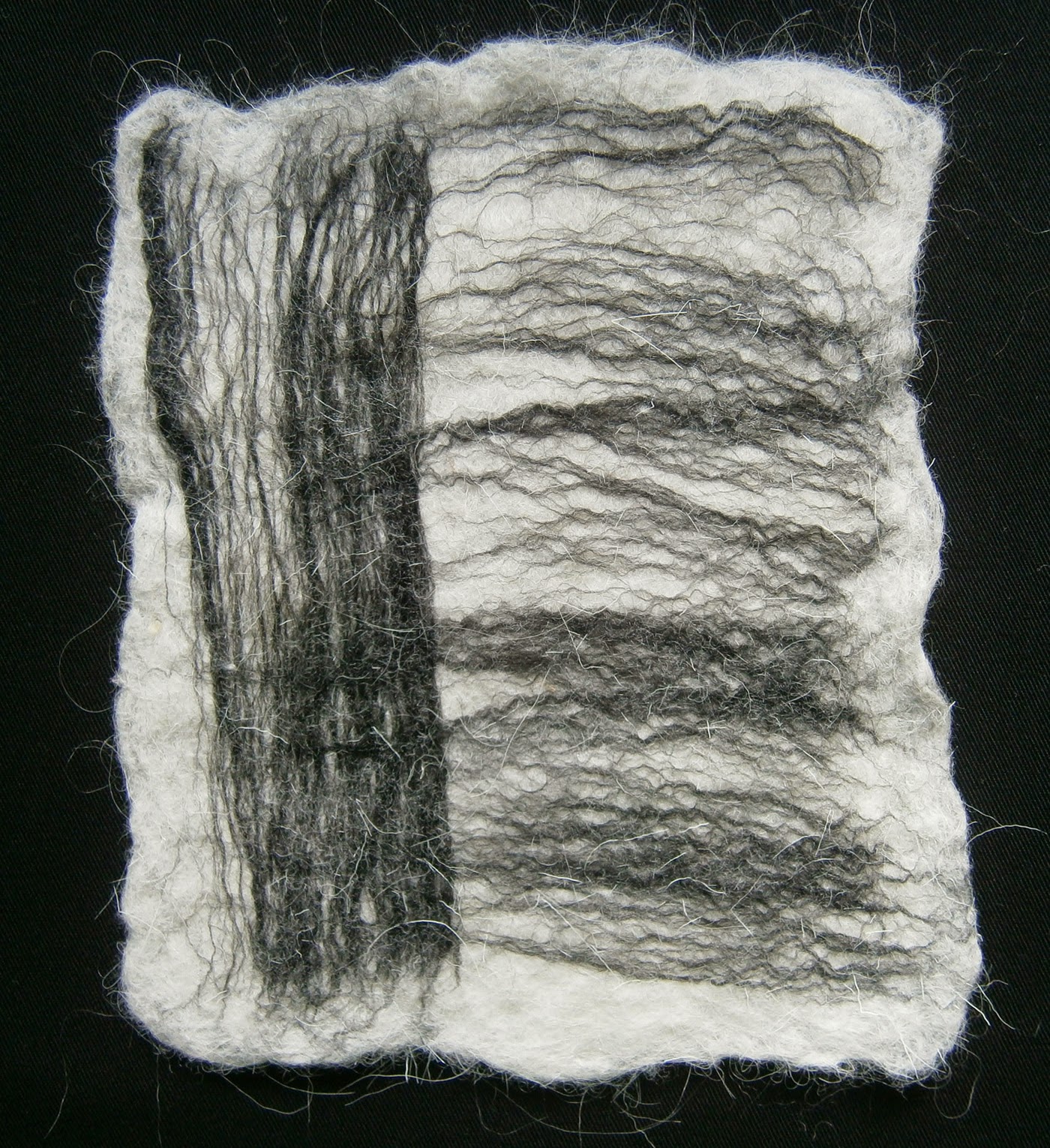 This is a close up of the hairy corner: 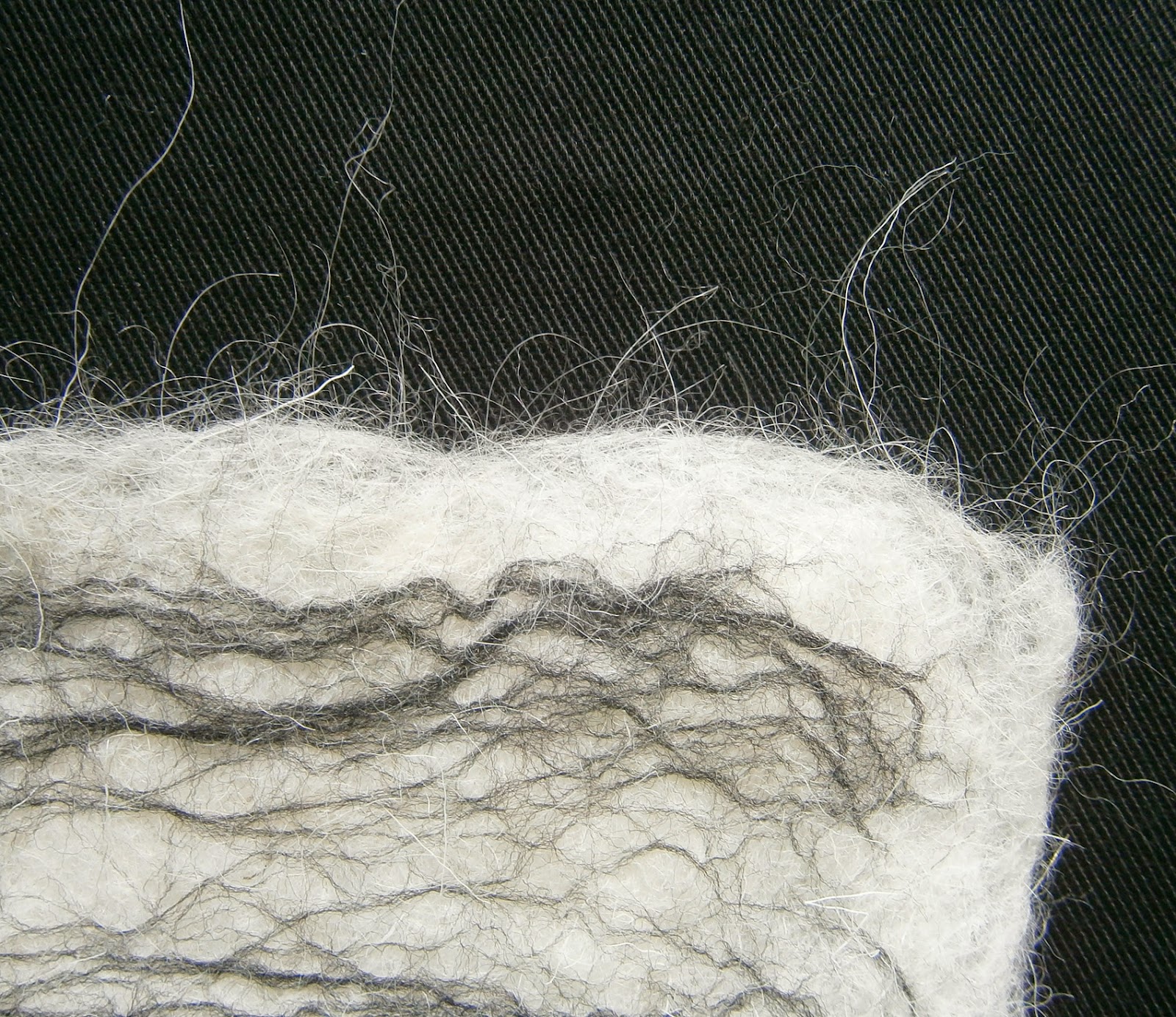 Close up of the left side: 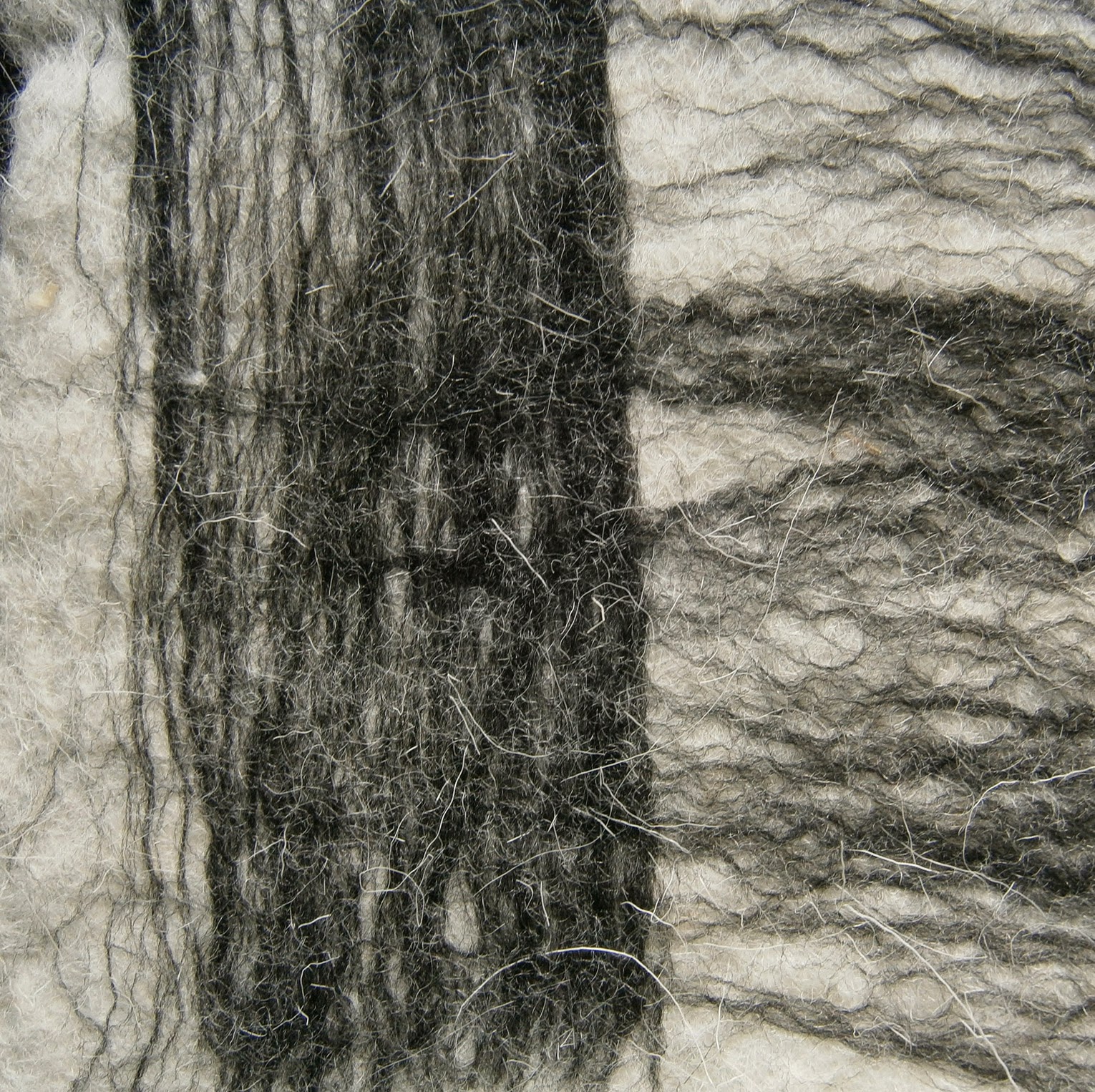 Further up, it looks like diagrams of cell walls: 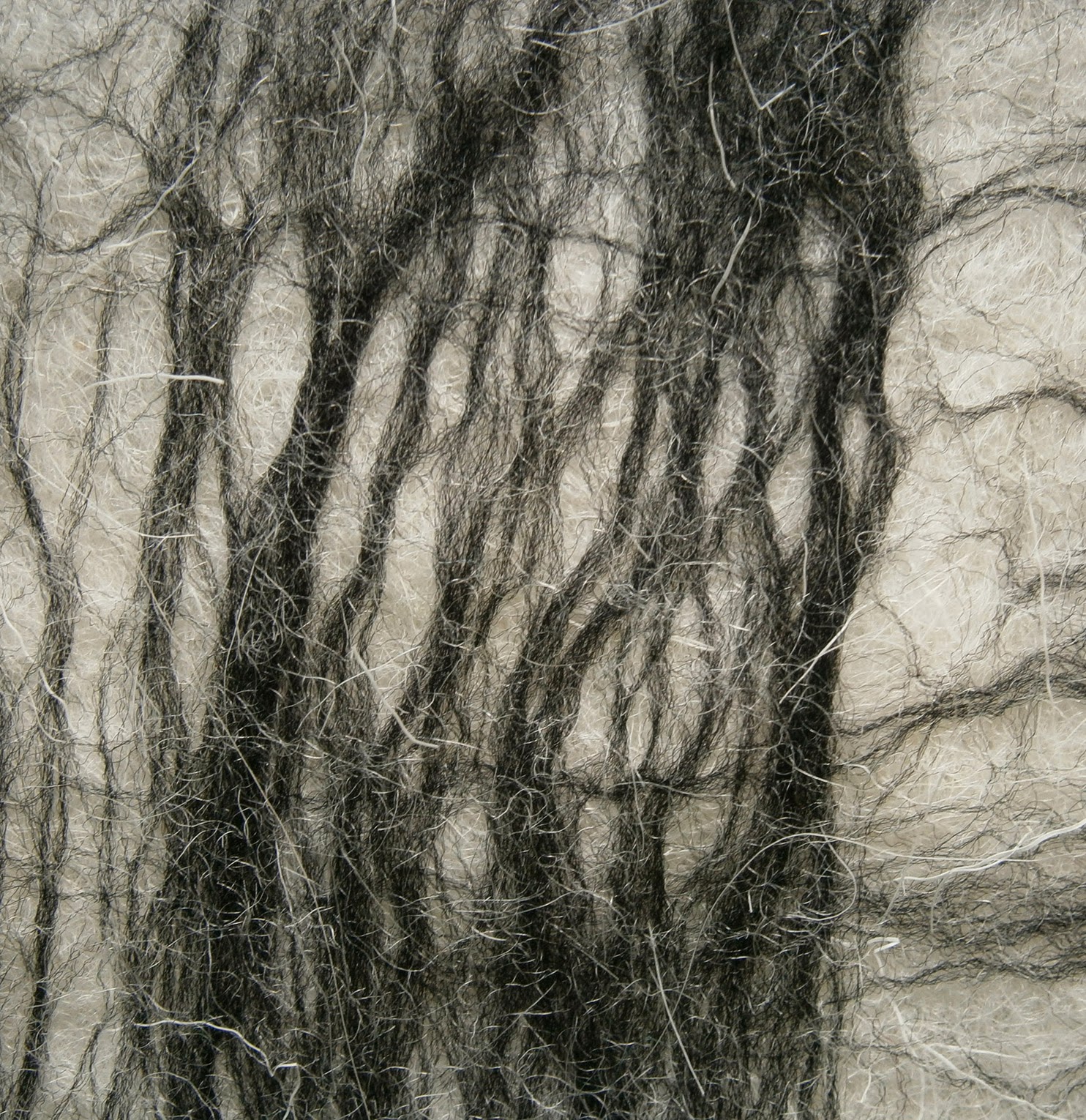