January was all about vessels and Textured Felt. At the Well Being centre a few weeks ago, we made coiled pots. Somehow I managed to delete the photos of the process, but you can see it in this blog post. This is how it looked after I finished felting/fulling at home: 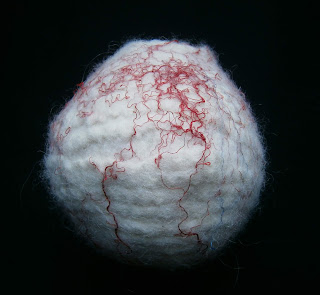 You can see from the gap in the pencil roving where the edge of the circular resist was. There's a similar gap on the other side: 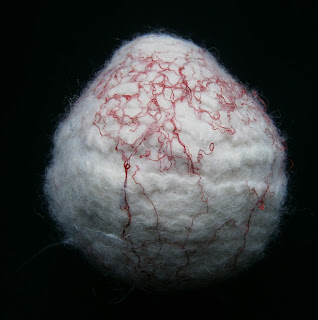 Fulling the pot caused migration/fuzziness. It's dulled the silk threads quite a bit, so I'll probably shave it when it's fully dry. 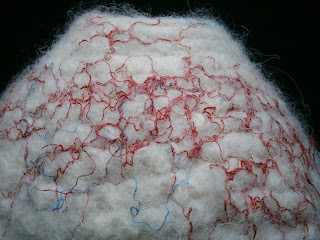 I was looking through my flickr photostream and came across some photos of Textured Felt I made ages ago. I wrote a blog post with some pics on The Felting and Fiber Studio site. And like I say at the end of that post, I also wrote a quick guide on how to make it and listed it on etsy. It's an updated/expanded version of the free tute on flickr, but in a handy PDF. I was inspired by the Textured Felt pics to try the technique for making a vessel.
I used all natural wools, animal fibres and embellishments. For the texture scraps between layers, I used some unravelled wool knitting. I don't know if it's 100% wool. I did two 'regular' thickness layers on each side and two 'half layers', basically 3 layers but split one into 2 for even shrinkage. I didn't put texture between the two 'half' layers. This is the top with a hole cut and the resist taken out: 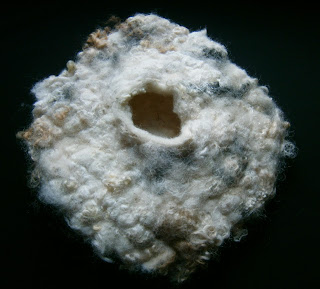 This is what it looks like when I separate the layers to make it more 3D: 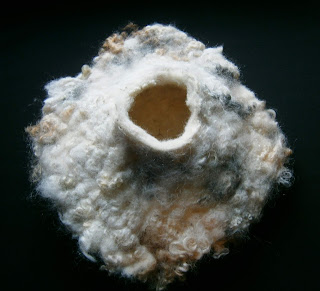 This is how the bottom looks 'flat': 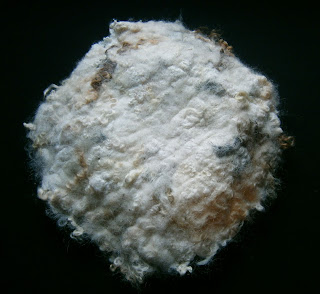 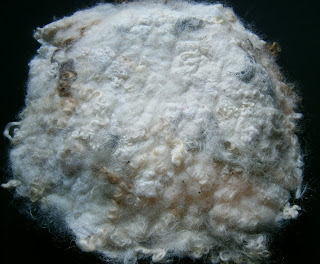 I put lots of locks around the edges: 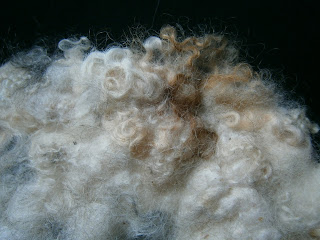 Here are some Bluefaced Leicester locks: 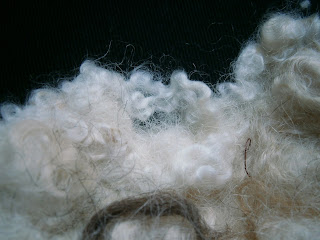 I finished the vessel off on my bead board, fulling it to firm it up. It still isn't quite dry in these photos, it took quite a few days until it was. Here's a photo of it with the balloon still in it: 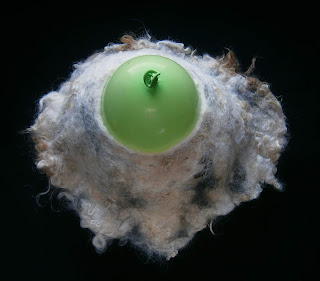 I couldn't get really good photos of it, it was too bright near the window and the back was in lots of shadow, but here it is without the balloon: 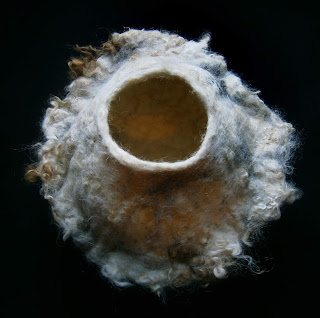 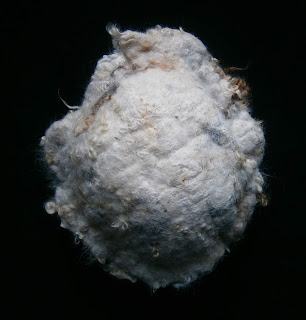 Here are a couple of photos of the side of it. 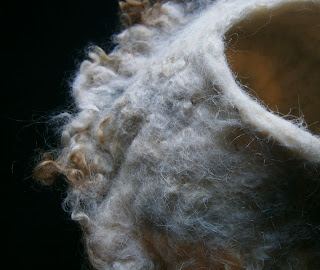 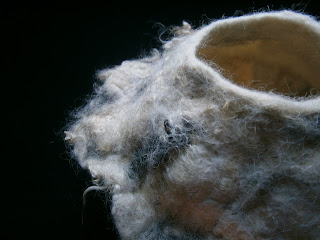 Fulling the vessel meant that some of the looser locks felted in more, there was also more fuzziness/migration like on the coiled vessel: 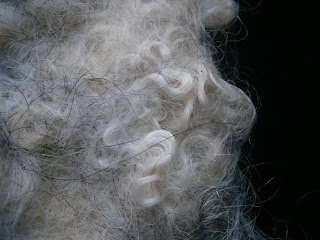 I put the vessel around a lightbulb, I like how this one looks 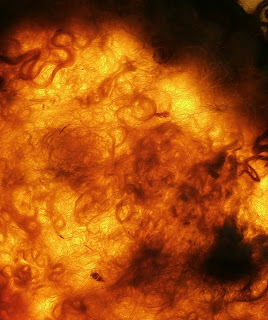 So far, February has been all about trying unusual embellishments, so I'll be blogging about that next time!