I've been trying to some of the projects I started before I began working on my polymer clay e-book. I had a few purses and glasses cases cut out or part sewn up. The first one I finished was a ruffle camera case. It hadn't even been cut out, so I did some measuring and cutting then discovered my electric machine won't work :( I cleaned out the bobbin case and took the parts off and wiped them and put them back, but the needle won't pick up the bobbin thread. From what I can tell it is timing or something and I don't think it's something I can fix. So, out came my ancient electric Singer without the electrical parts. It's slow going but it works, for straight stitching anyway :)  This is the front of the case: 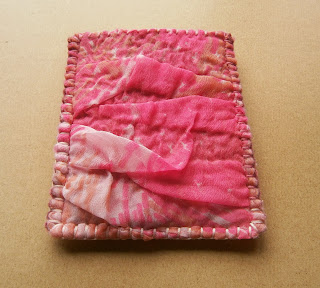 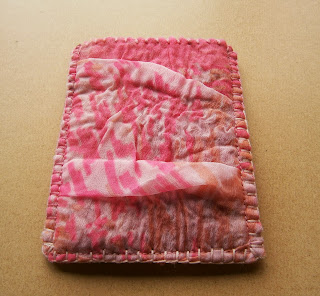 This was one of the purses I hadn't even blanket stitched, it's made from the same piece of felt as one I made earlier. It's a slubbed wool which I added some cotton and silk threads to and some strips of rolled edges from silk scarves. Front: 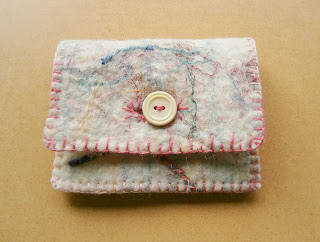 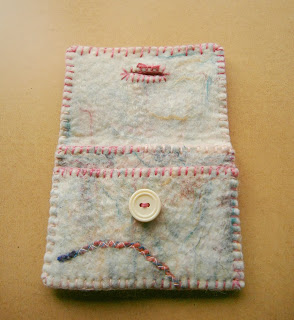 The felt this wool makes has a really nice texture. Back: 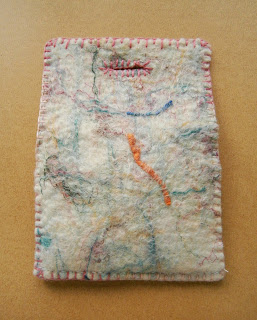 A piece of coppery bronze felt that I made a while ago was just big enough to make a purse and matching glasses case: 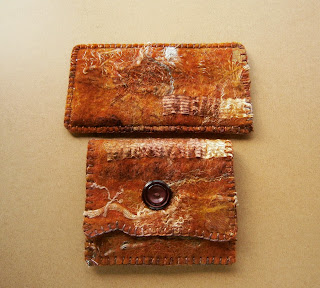 I have to edit a few more photos then I'll be able to add the pink ruffley camera case and the bronze purse and glasses case to etsy later today.

Do you have piles of WIPs at different stages?
Posted by Zed at 12:24