More Sculptural Felt, a Craft Fair and Some Diary Covers

I've been working on some sculptural felt and bamboo pieces lately. I've used different shades/breeds of natural wool tops and both black and white bamboo tops. This first piece has a base made with a variety of brown and grey scoured wools and natural wool tops that I carded into a batt. On top of that are twists of grey merino with white bamboo top. When it was almost felted, I cut and rolled and folded, then fulled to get the texture and effect I wanted. 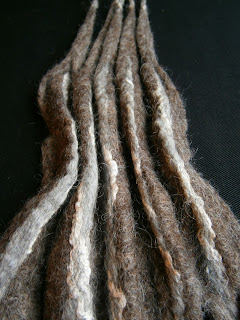 This next piece was made with brown Finnish wool for the base, twists of dark brown Corriedale and black bamboo were positioned on top. This was also folded and fulled to get the shape I wanted. 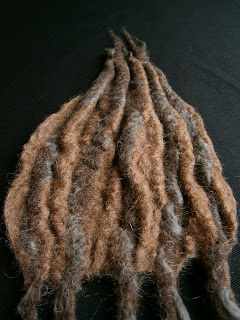 This piece was made mostly from English 56's, the base was two layers, then I added some thick twists to the top to help define the ridges I wanted. I added 2 very fine layers of 18.5 mic merino over the top, then positioned some black bamboo over the raised parts where the twists were. When it was almost felted, I folded it concertina style, secured with sewing thread and finished felting by rubbing, and rolling one end at a time to get a twist in it. It's about 8 inches long. This is the back: 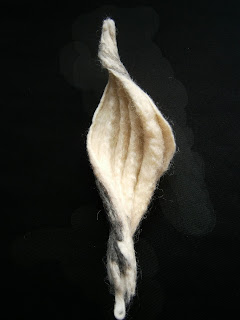 This is the front: 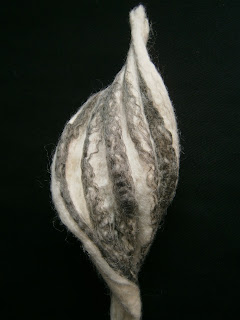 Close up of the texture on the inside of the back: 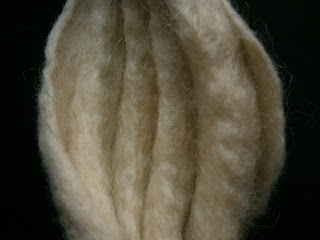 And a close up of the bamboo: 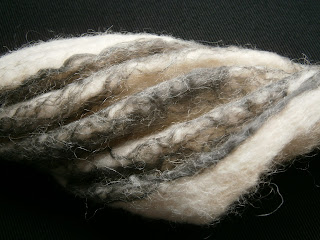 I've mostly spent the past week getting ready for a Craft Fair this coming Saturday, it's at the LGBT Centre on Sidney Street, Manchester if you're in the area! There's Christmas Carols around 12 noon and a Christmas Dinner around 2pm as well as the craft fair.  I've printed tags and business cards and have made and cut out felt for 5 Diary covers. I've only got 2 finished so far, but it takes about 8 hours just to position/reposition/double check the closure straps, and then blanket stitch around them and all the edges (I'm up to episode 24 of Prisoner Cell Block H!) This is an orange one that I finished first: 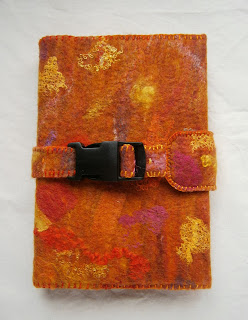 And this is a green one I finished yesterday: 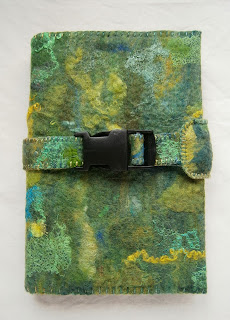