A while ago Marilyn, from the Felting and Fibre Studio sent me some fibres, one of them being some Domestic 56s wool tops, I tried them out on a texturey piece I made, mostly for the base, but also to add some texture between the base and top layer of 18.5 mic Merino. I liked the way it felted, similar to our English 56s. 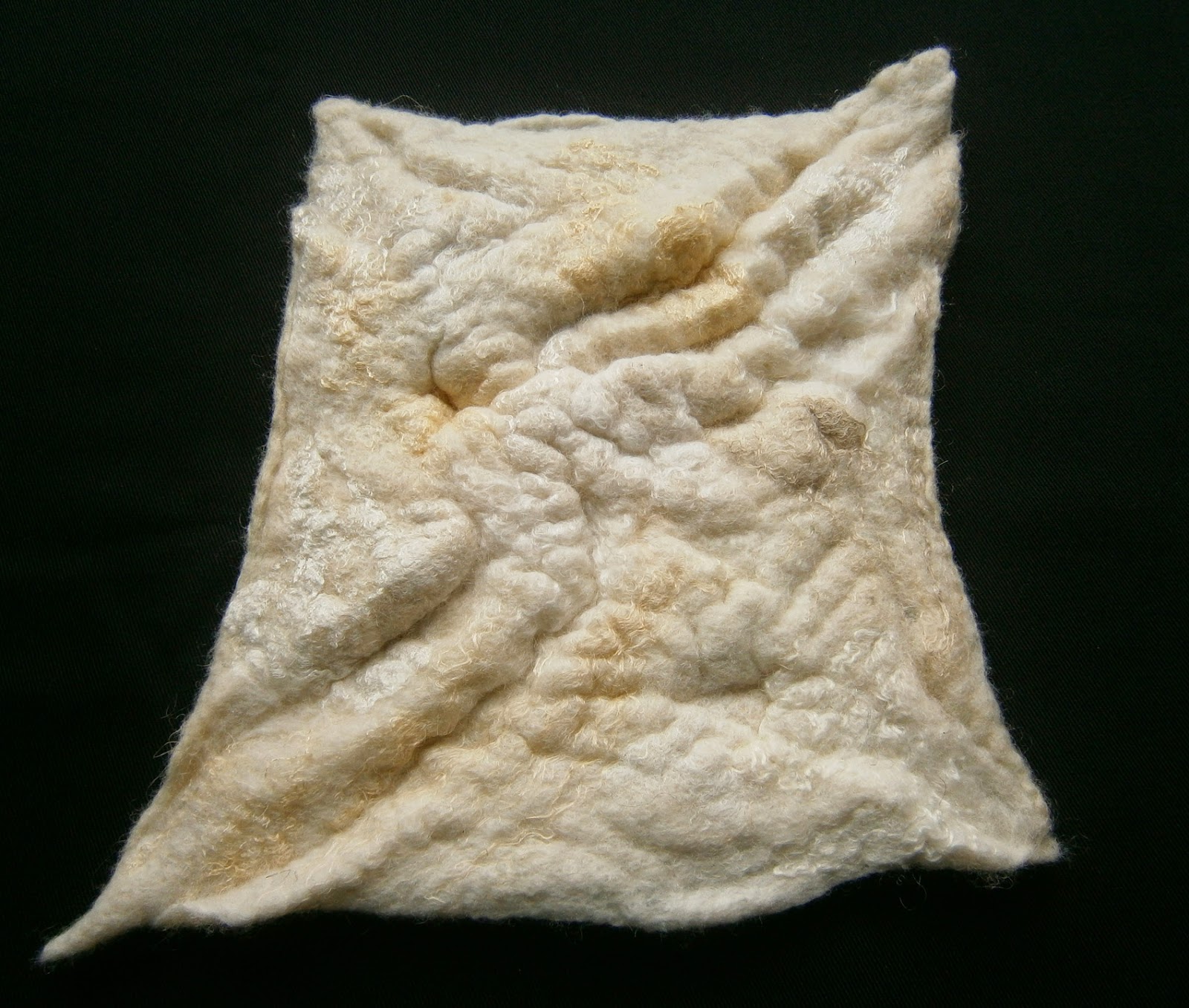 I also used some Bluefaced Leicester Noil between the 2 layers. This is lower across the surface: 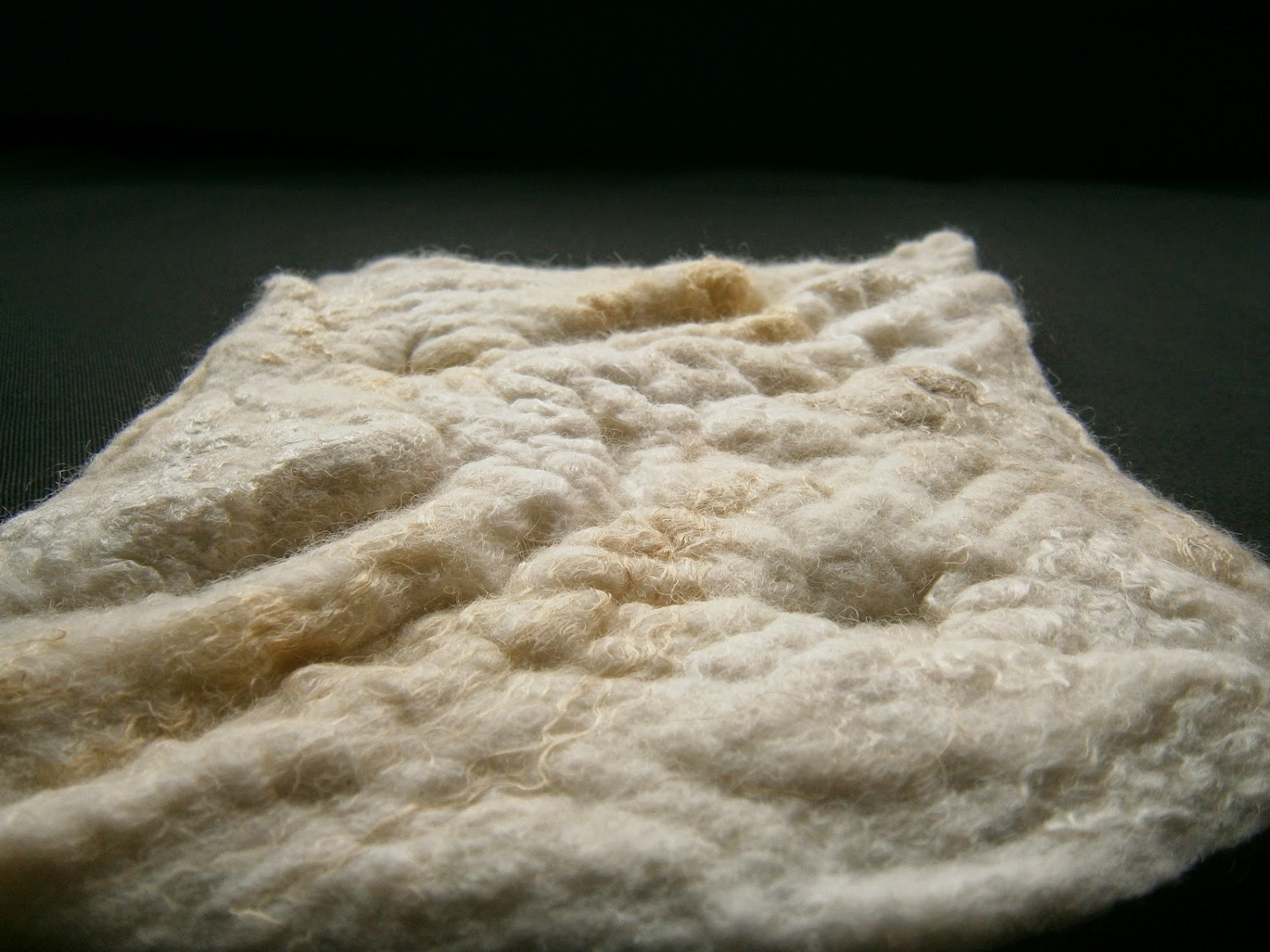 Some of the embellishment fibres I used were soy staple fibre, viscose and flax: 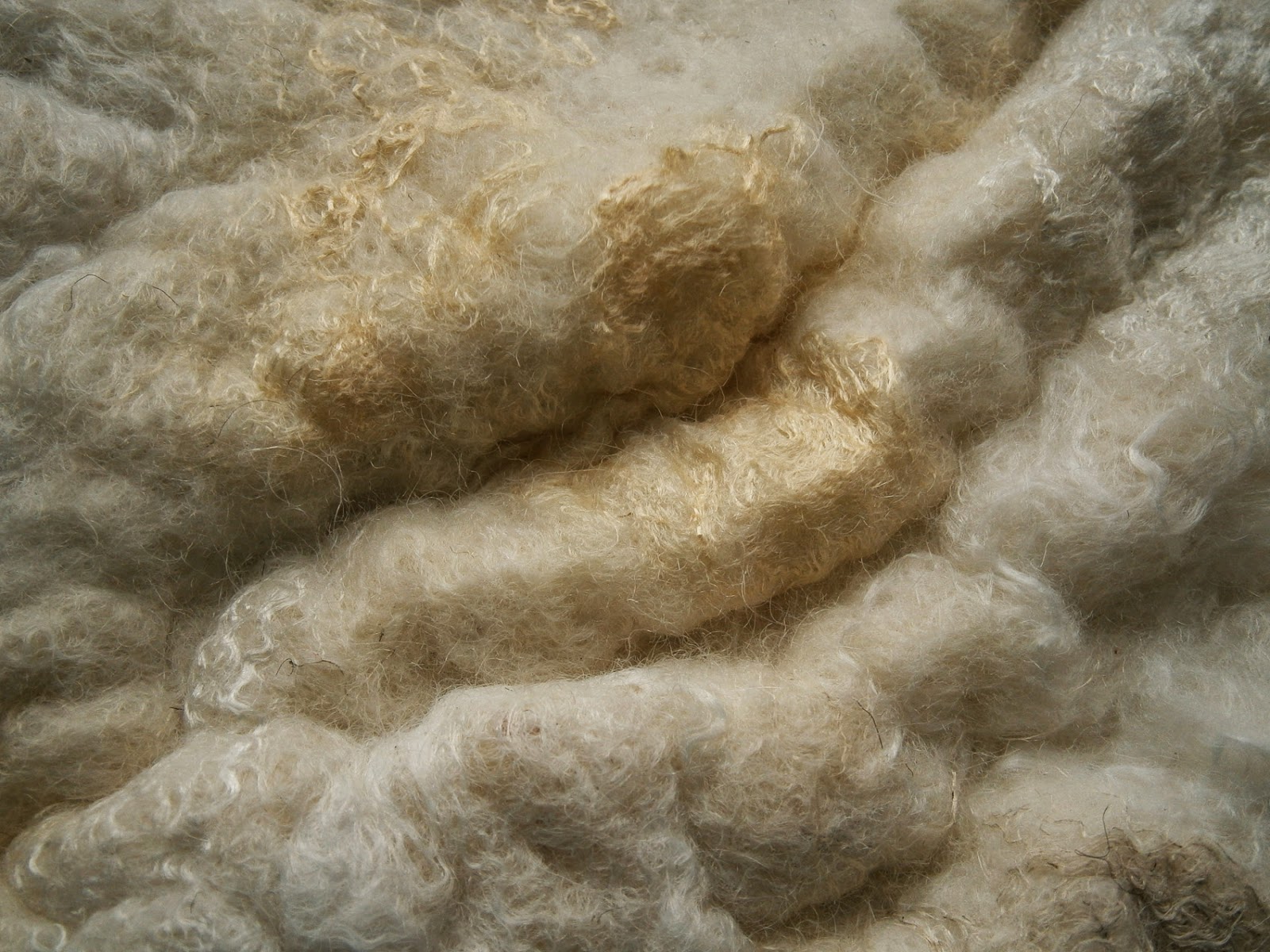 I also used milk and bamboo. 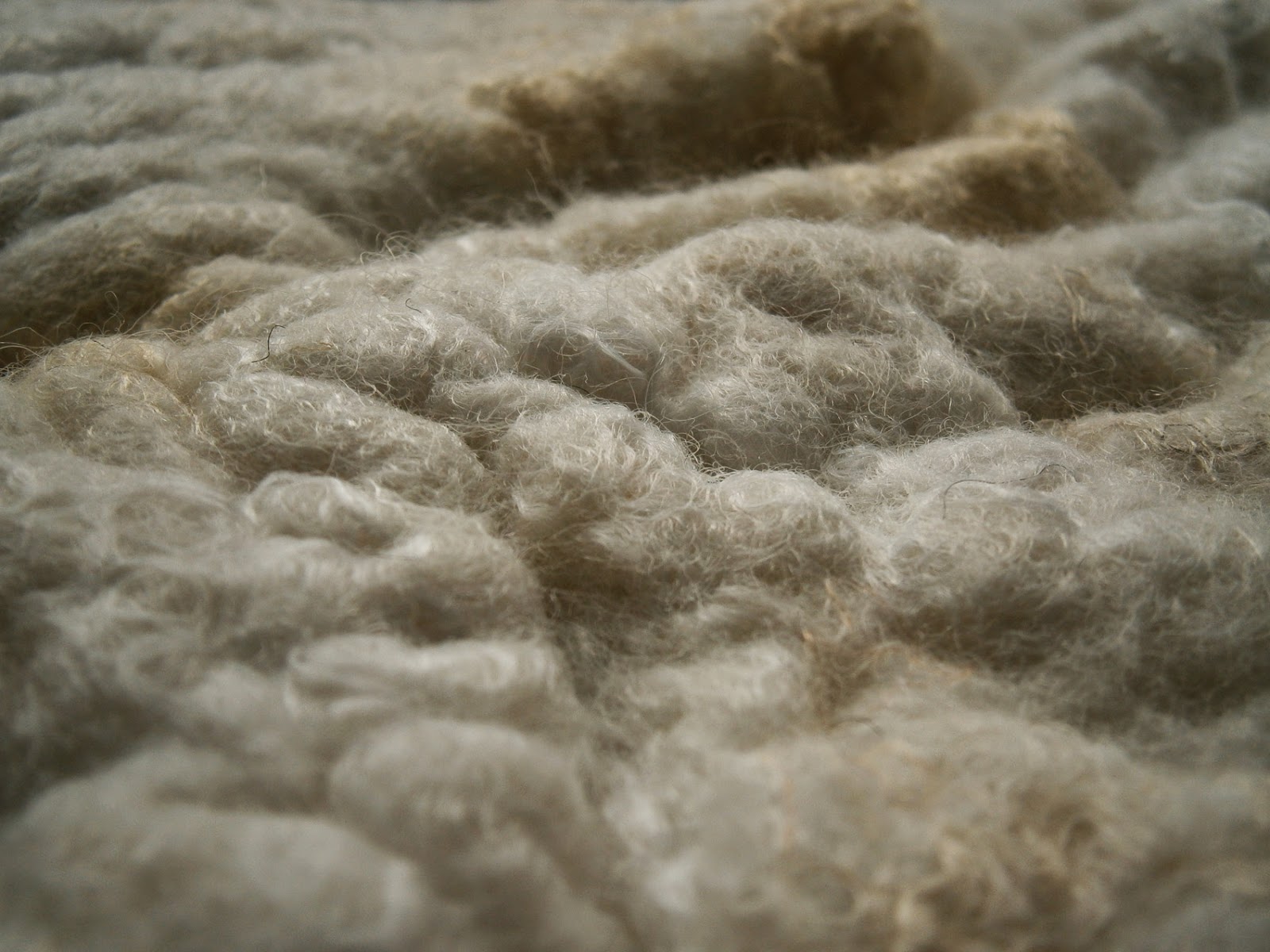 This photo taken from above looks strange, whichever way I rotate it, it always looks upside down! 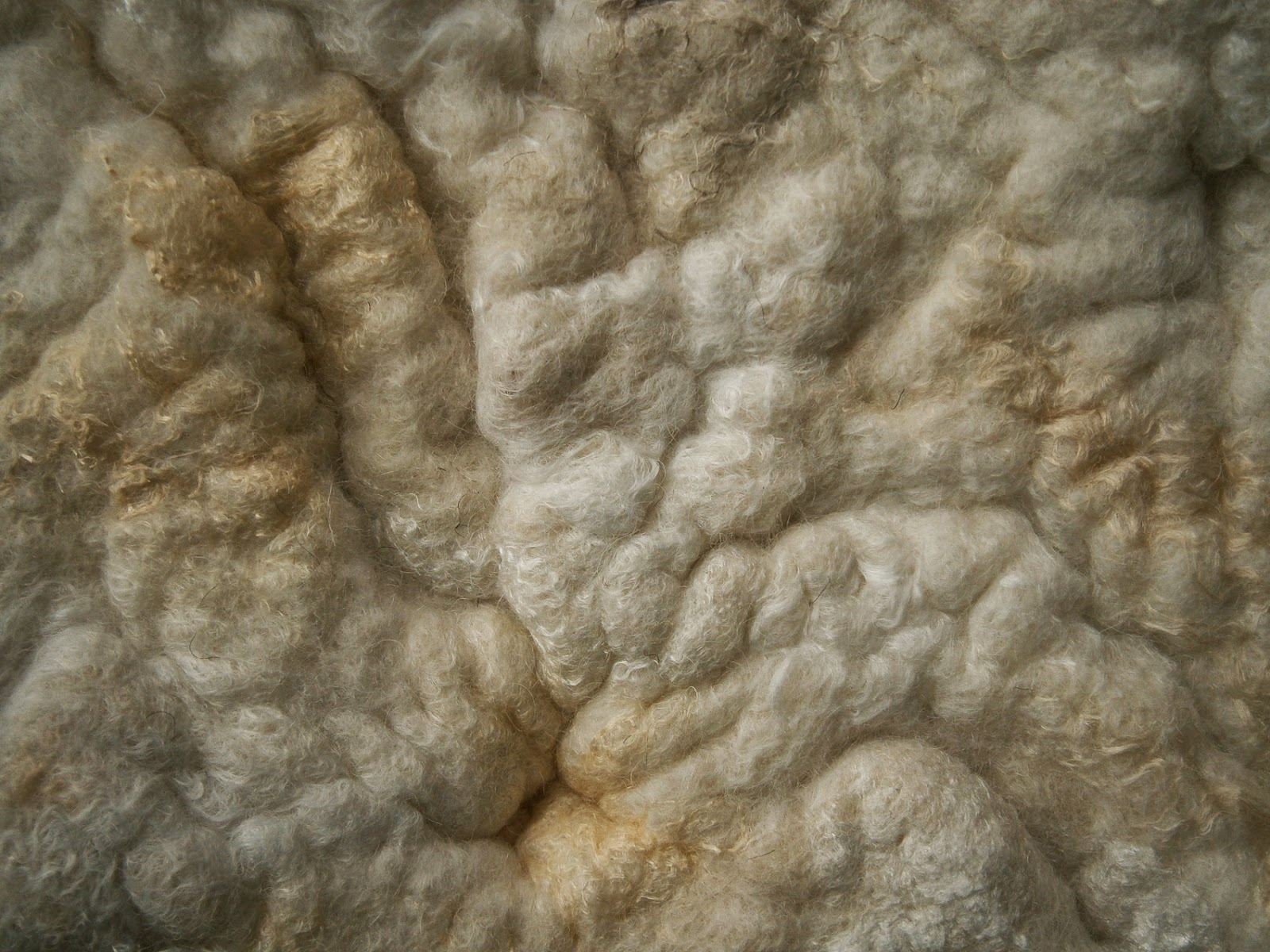 Don't forget if you're around Manchester next Sunday, Victoria Baths on Hathersage road has a craft fair, with 50 stalls. I'll be there as long as a wheel doesn't fall off my trolley between now and then :)
Posted by Zed at 11:08