I was hoping to get some time for felting yesterday, but I had vertigo and felt rotten so I'm posting some pieces I made a few weeks ago. I got two different Karakul batts from wollknoll, one is just Karakul and the other is a Karakul and Merino blend. Just be warned if you google Karakul, you'll probably get some pretty awful photos of dead lambs because their skin is used to make hats and coats because their wool is black and silky soft when they are born, and they don't often make it that far so there's quite a few photos of dead sheep too. This wool is sheared the usual way though. It is double coated and very wiry, it reminds me a lot of a Cairn Terrier my friend had when we were kids: 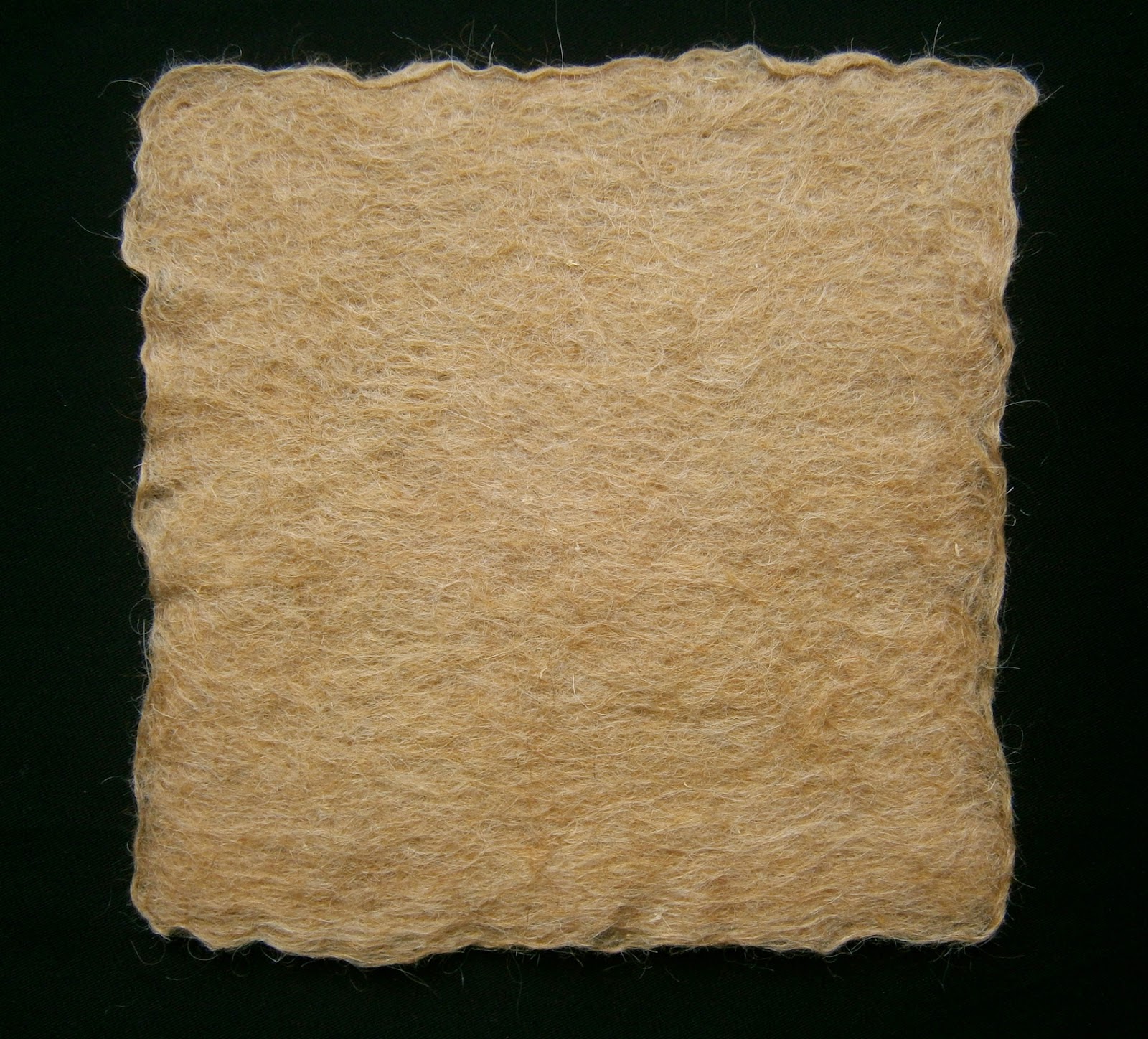 I used some dyed silvery flax with the Karakul, spreading it thinly across the top and bottom, and laid it  vertically in the centre: 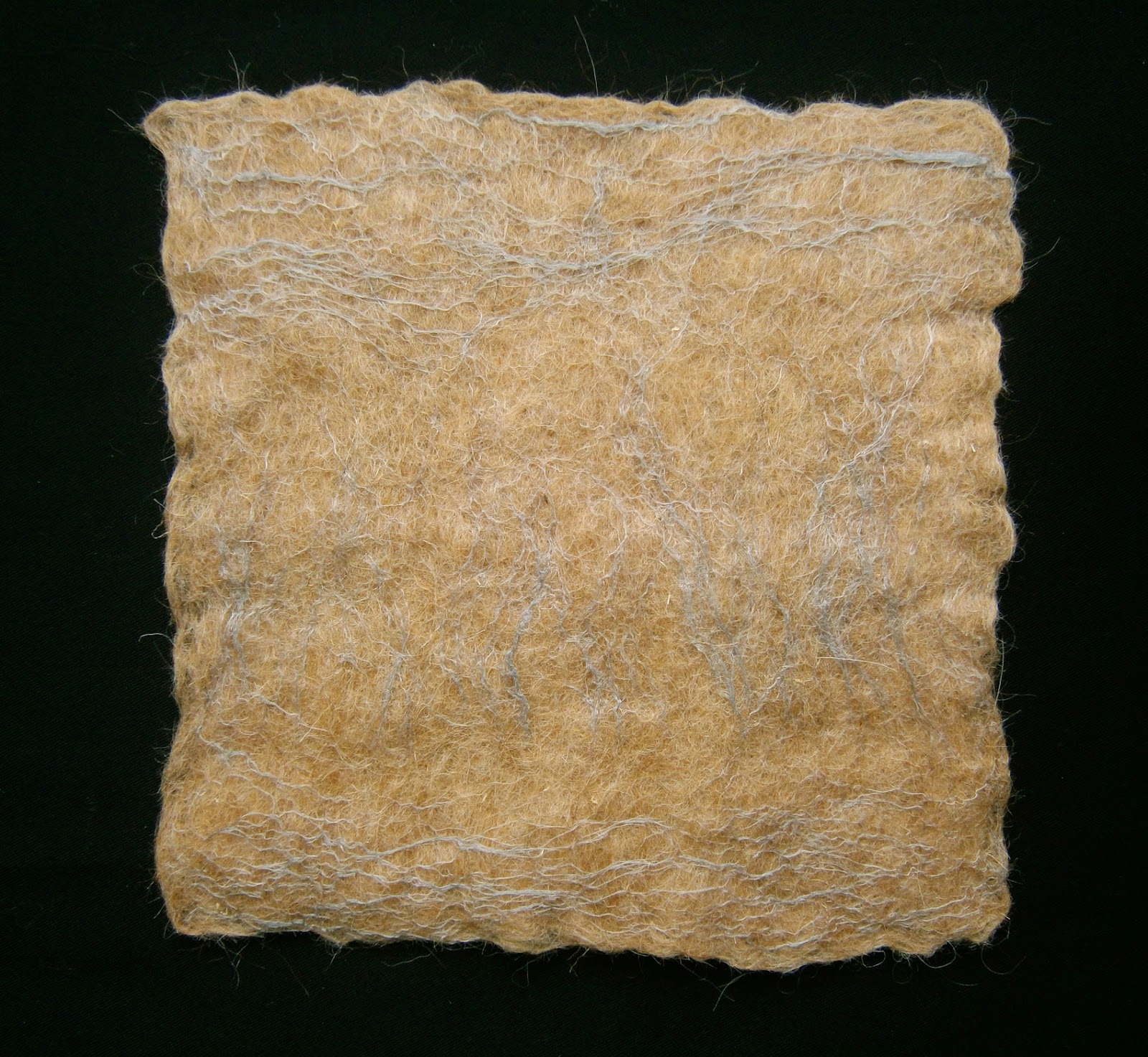 It looked like it was just sitting on the surface: 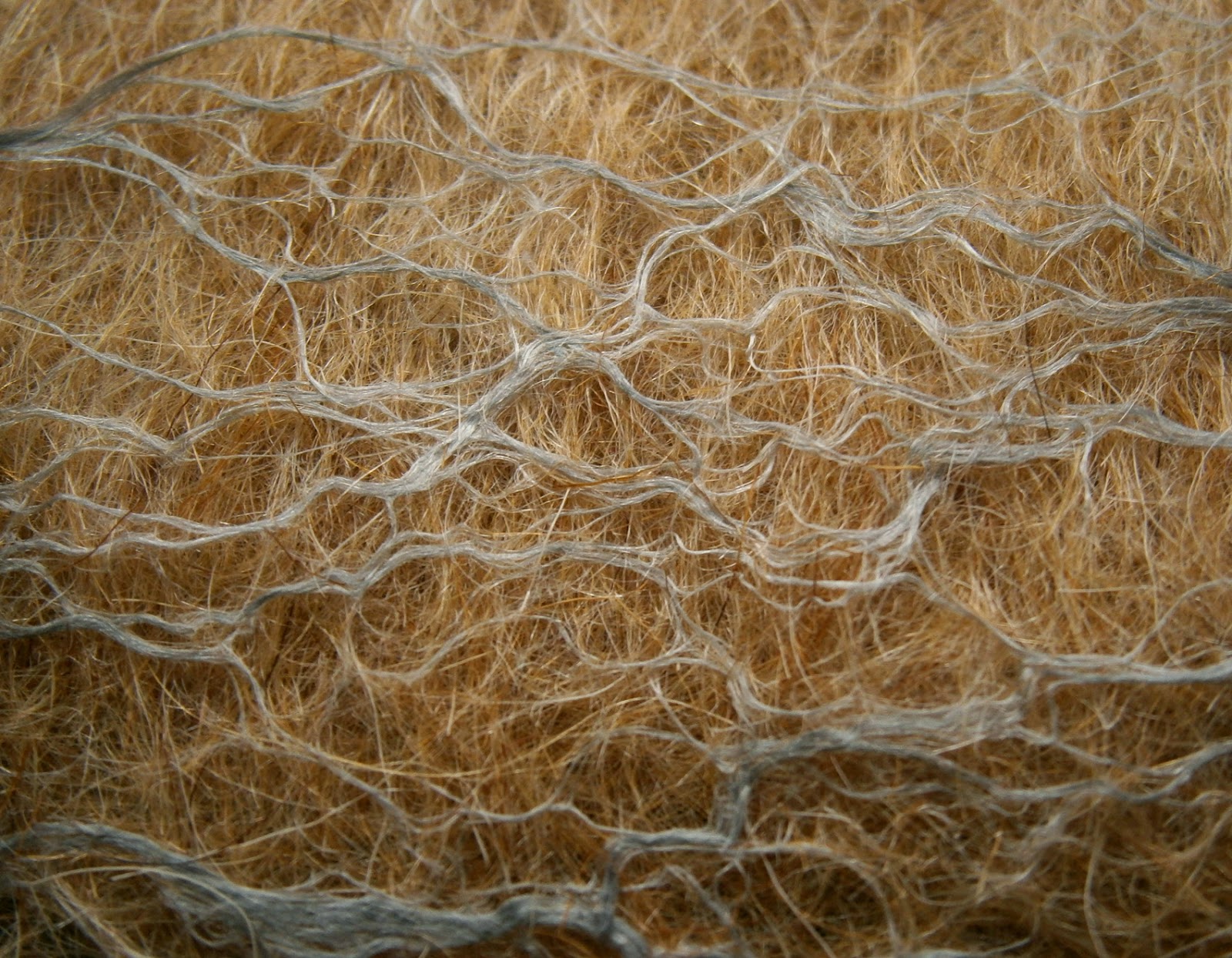 The contrast of the 'dry' looking Karakul and shiny flax, made the flax look like it was still wet: 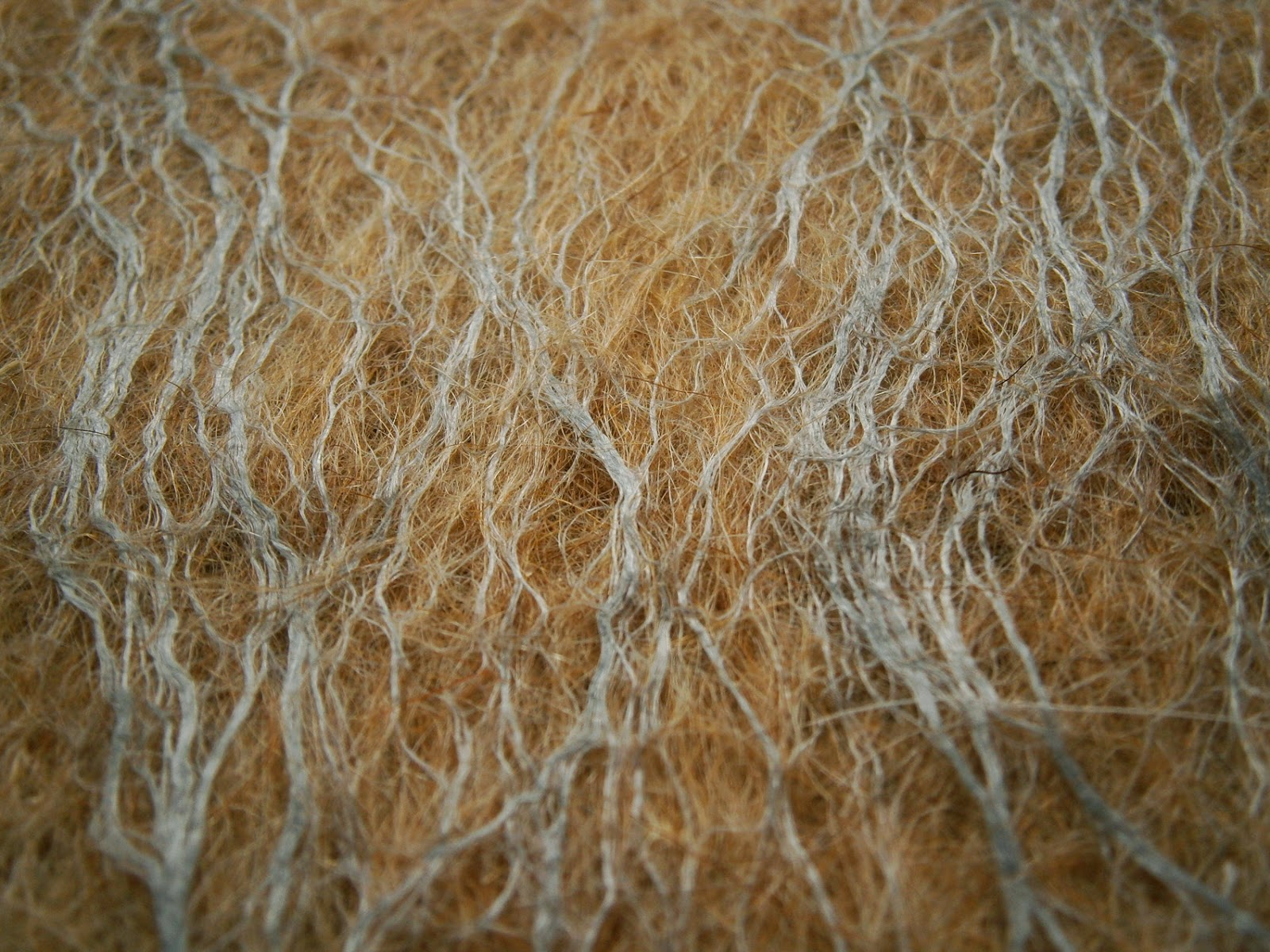 The Karakul and Merino looked and felted similarly, though less 'openly' or loosely and was a lighter shade: 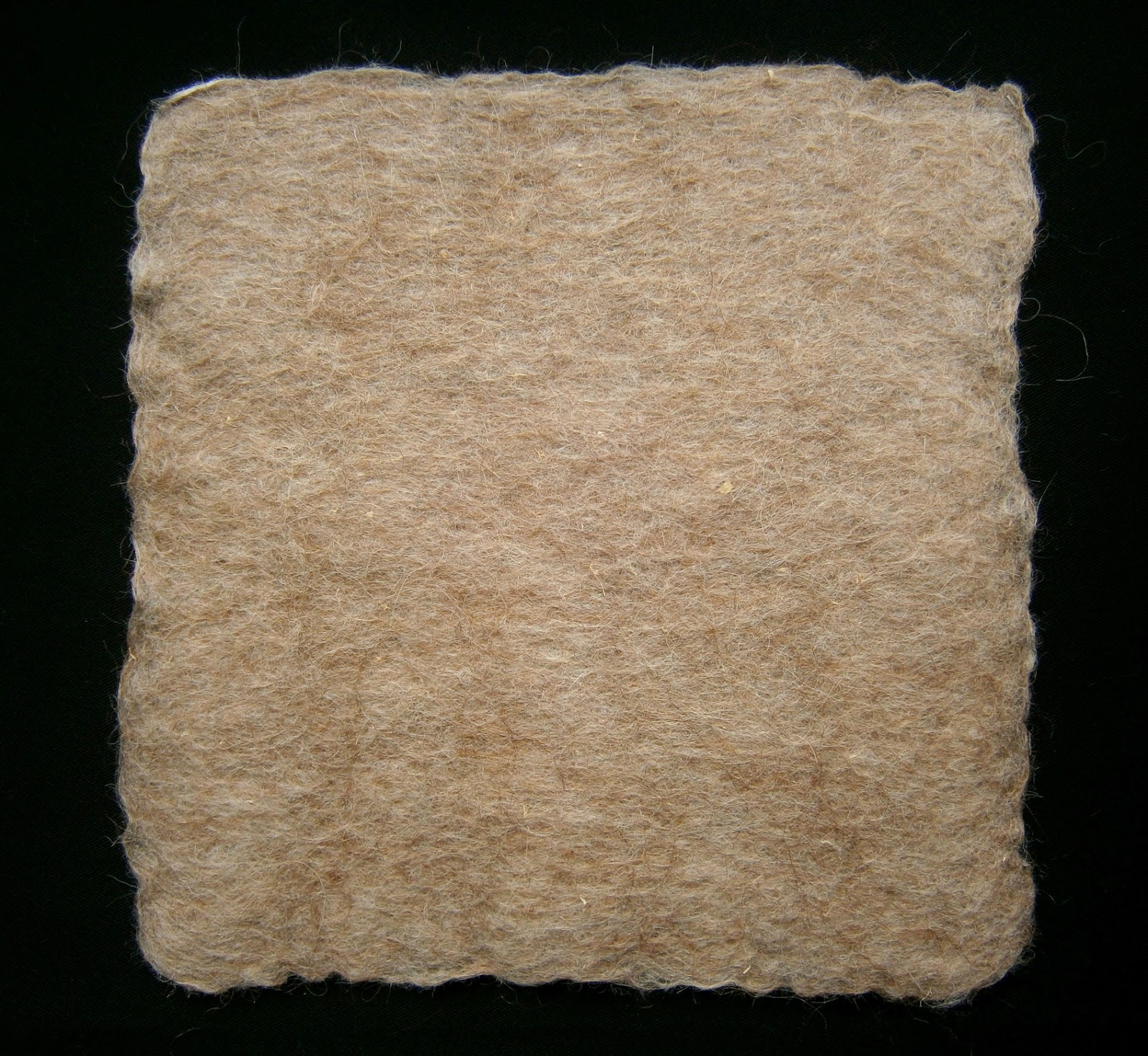 Both of the batts had bits of VM in which looked like porridge oats or tiny cornflakes. A few of the batts I got had similar VM: 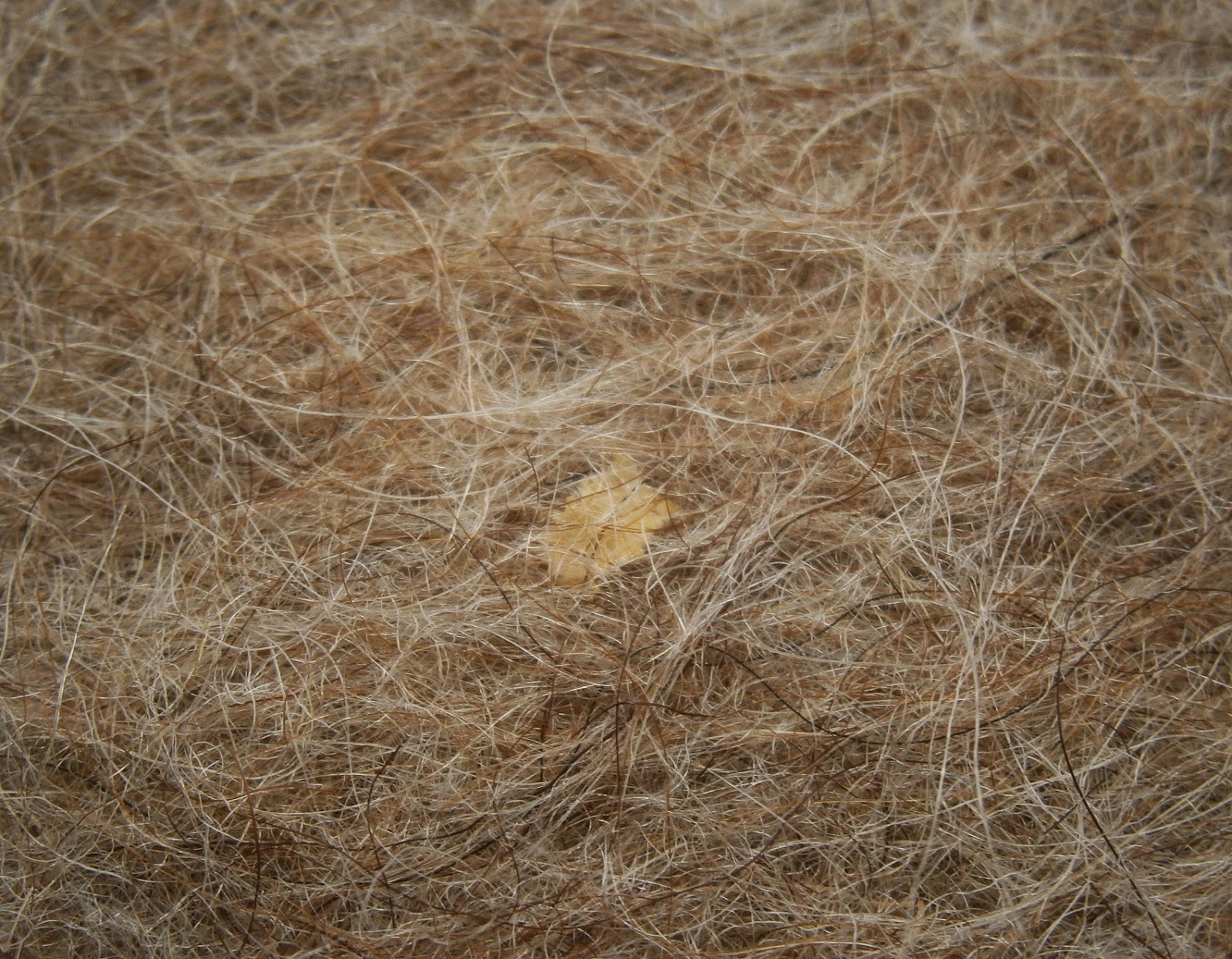 I used some crimped Viscose fibre with this: 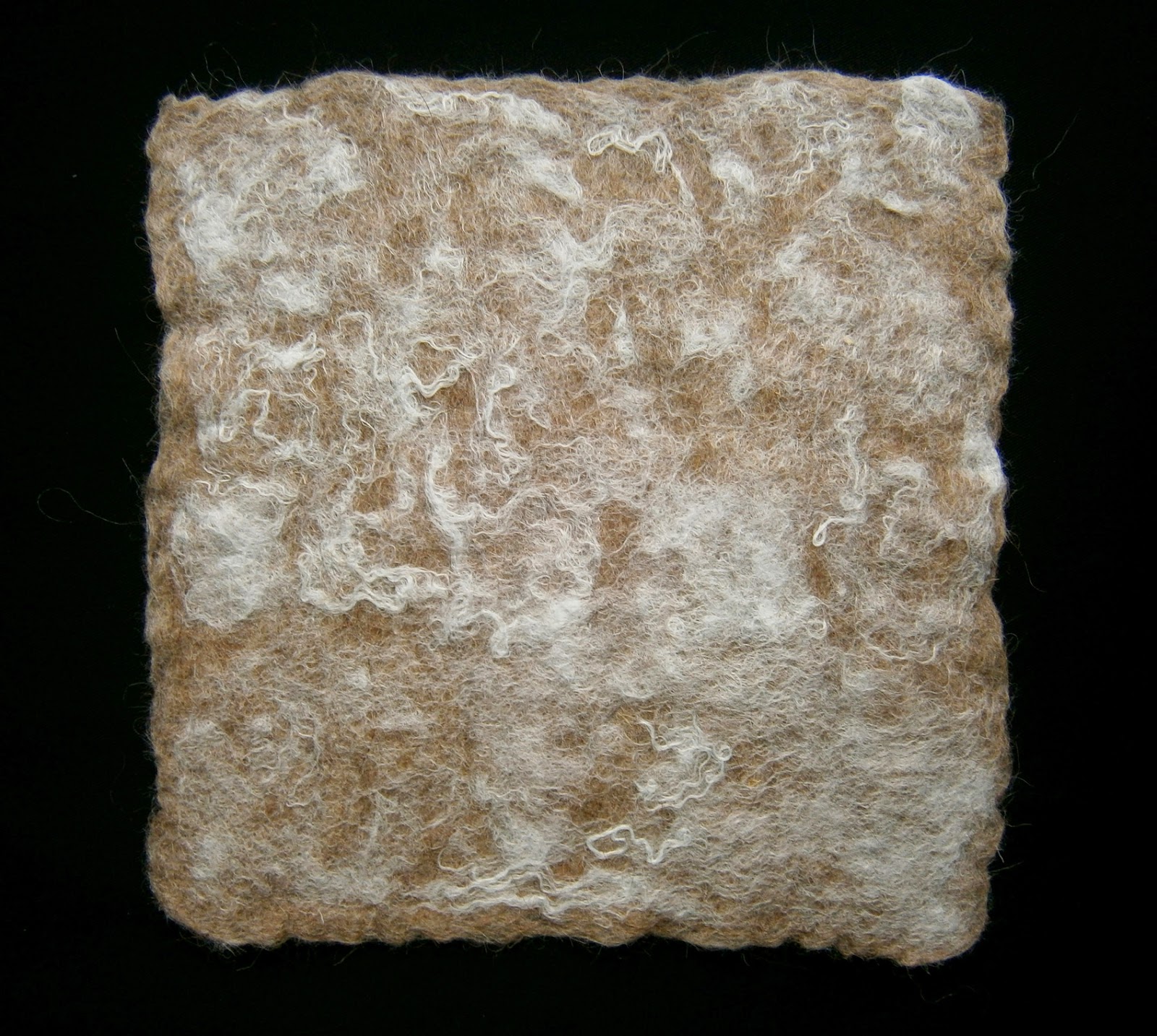 This is some Viscose which wasn't teased apart much: 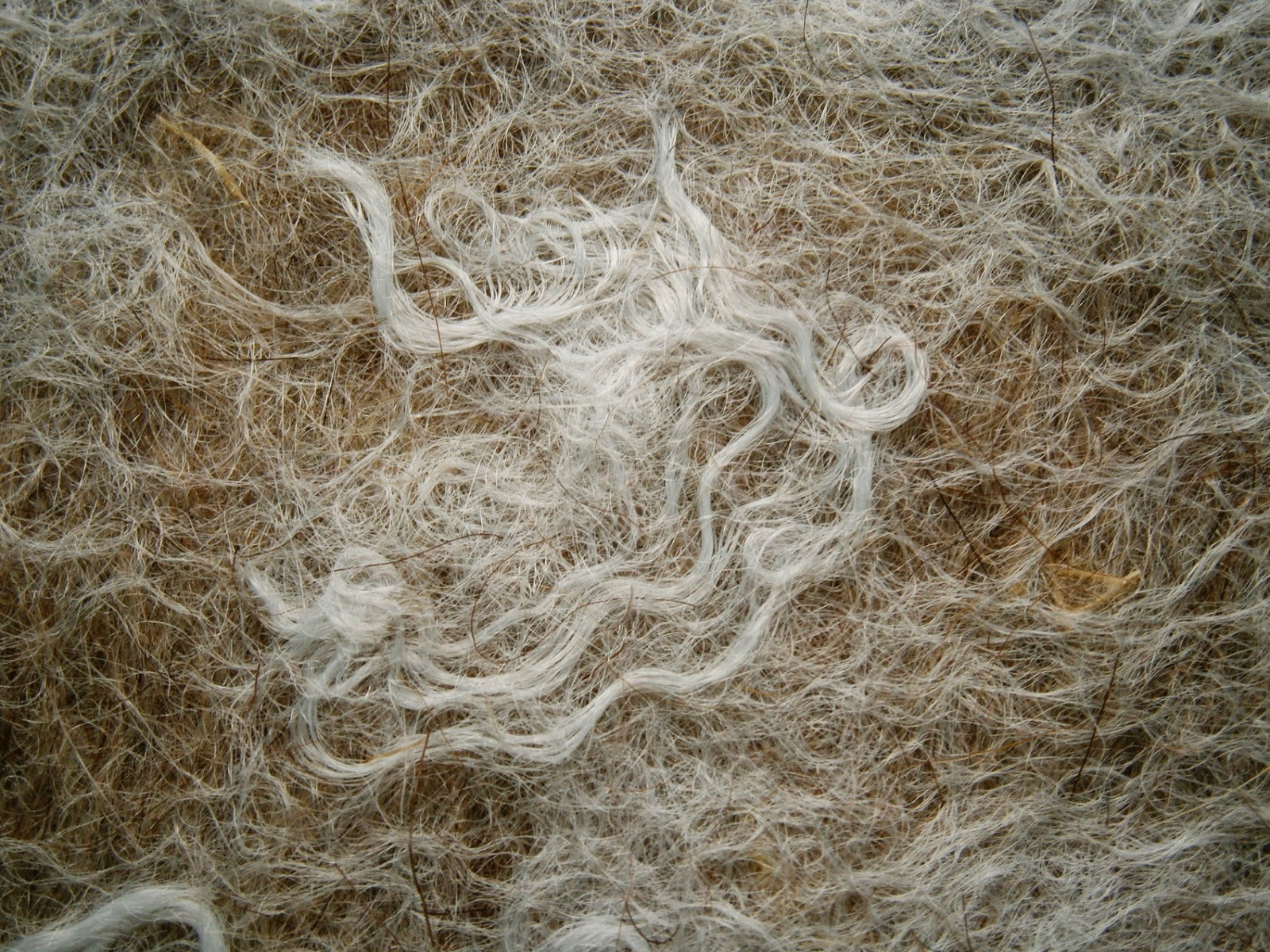 This is a patch where the Viscose was teased apart a lot and laid on quite thickly: 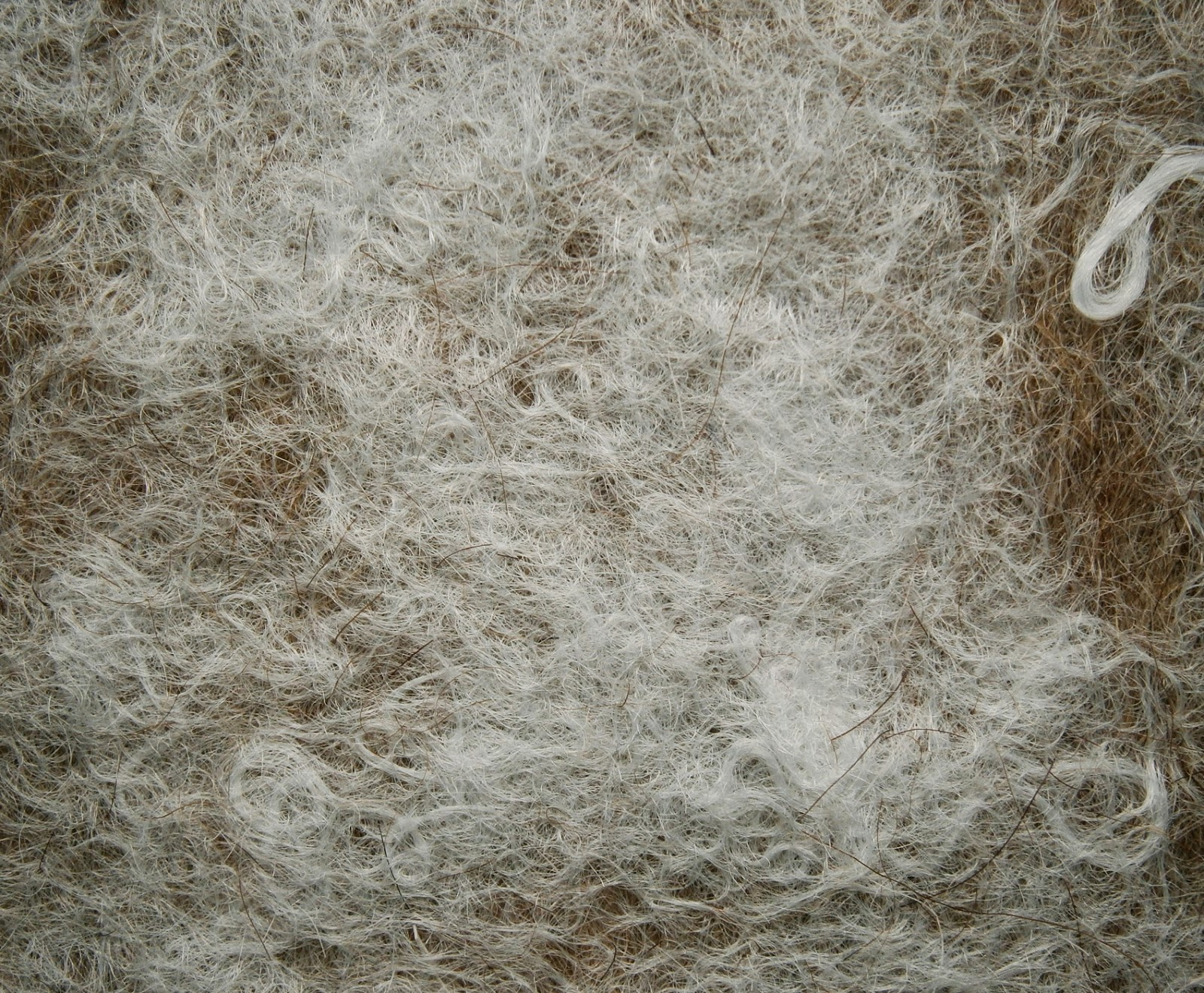 And this is where the teased out Viscose was laid quite sparsely: 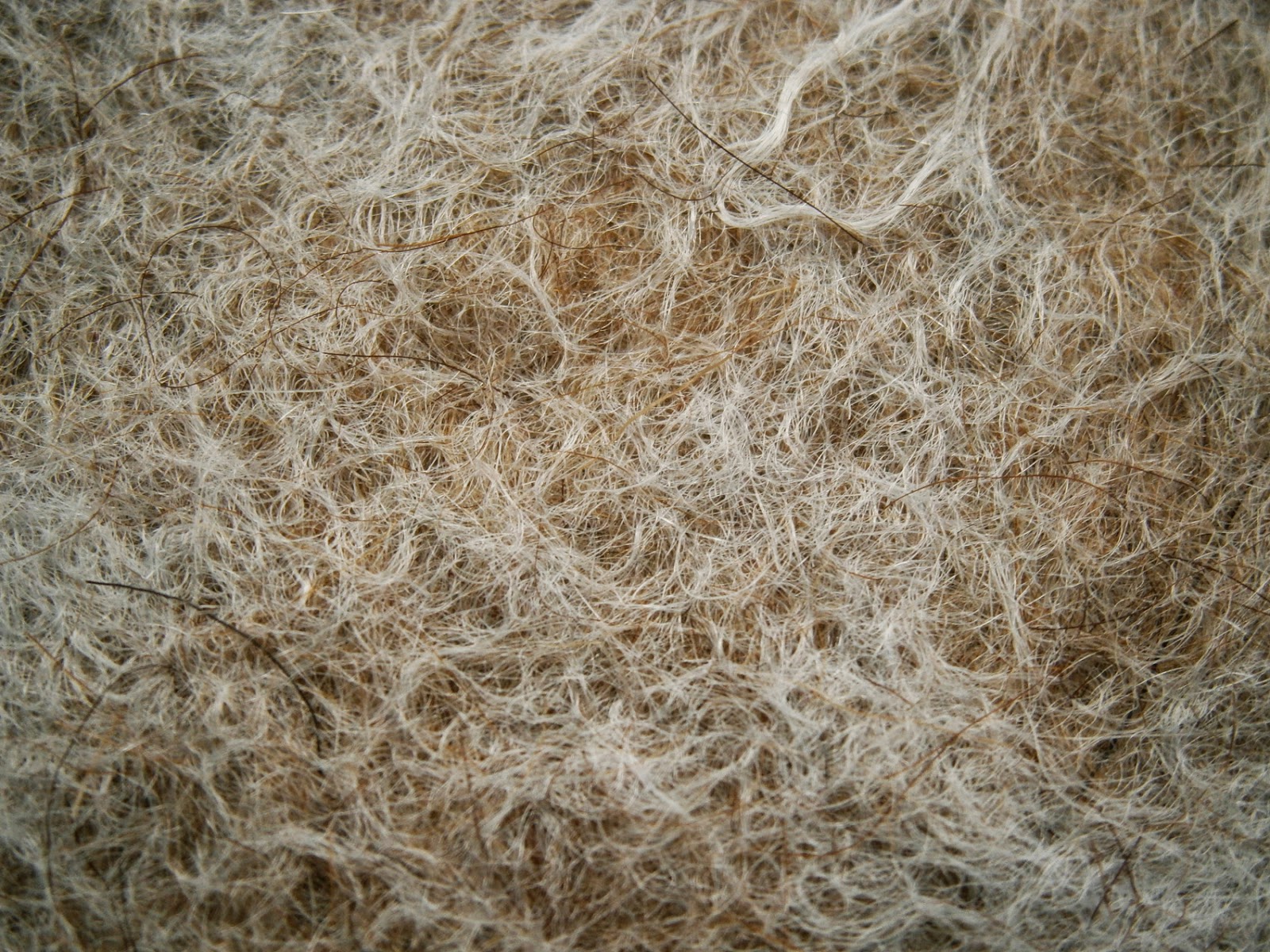