Last time I posted, I'd been working on a hat template. A couple of days later I got a chance to work on it. I made a resist out of a large piece of dense plasticy foam stuff I had, probably some kind of packing material. 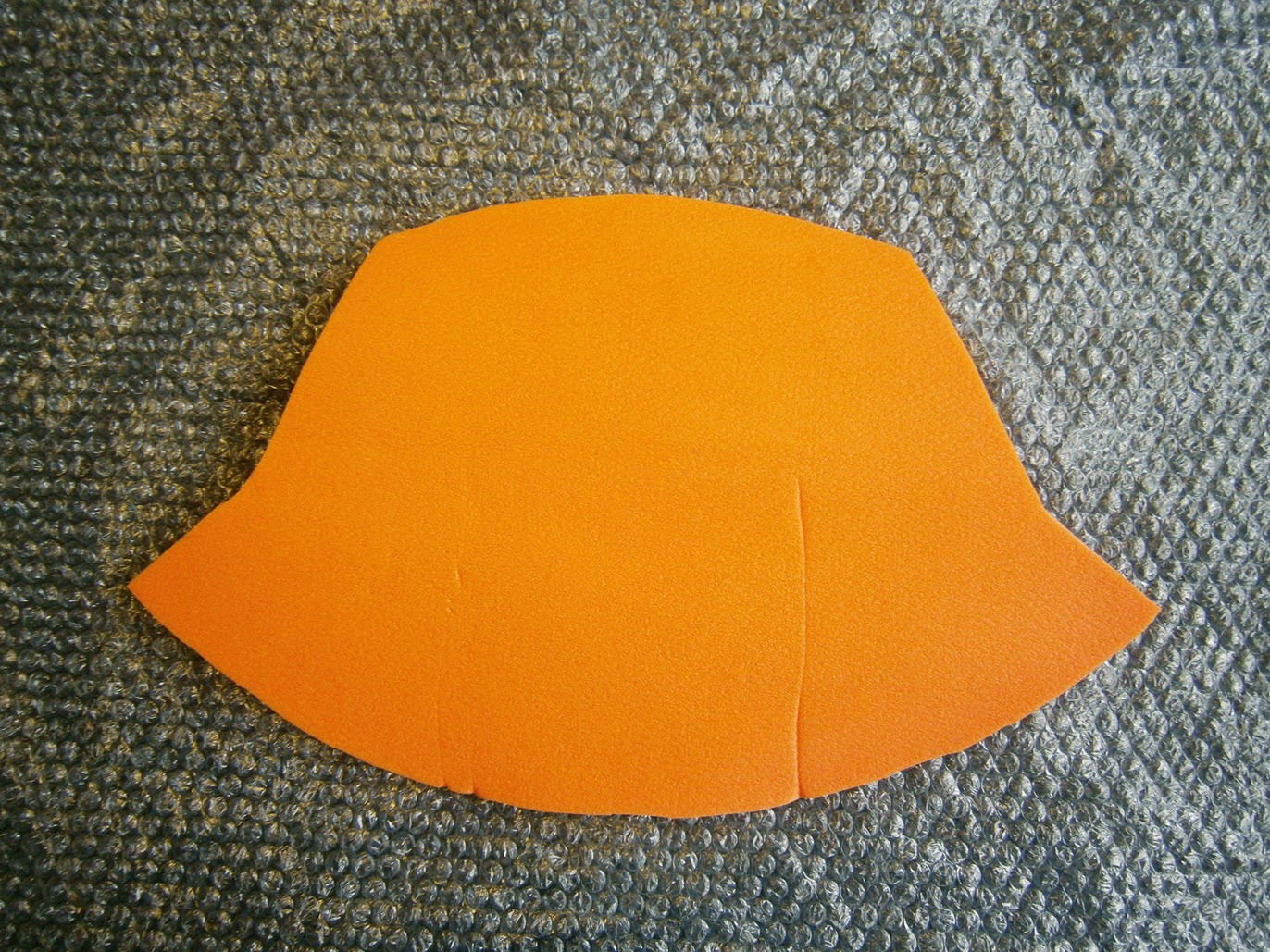 I made a batt from some browns, greens and rusty orange Merino for the first couple of layers. I laid the first layer on the resist, wet it down, flipped it over then folded the wool in and finished the first layer on the other side. I repeated this colour on the second layer, but laid the wool at 90 degrees. For the third and fourth layers, I used more greeny shades, then I added some torn silk pieces (bottom right photo) 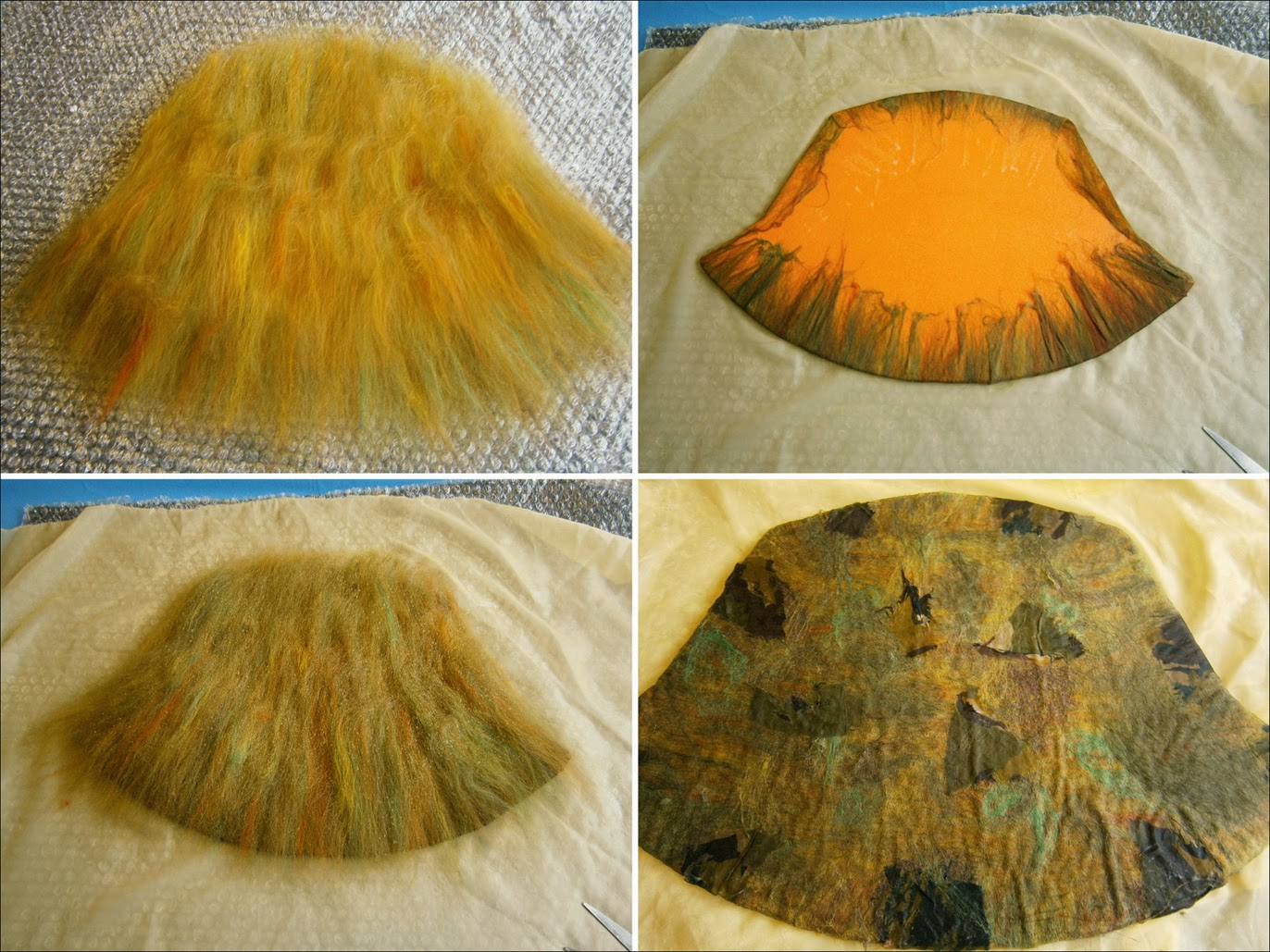 I felted it until it was holding together, then removed the resist. I knew it would be hard work, but hadn't realised just how hard! I seemed to rubbing and shaping for ages. I thought a bowl I had would be good for fulling and shaping, but it was only good for a while, so I finished fulling and shaping it on my head. I didn't consider that it would shrink some more so it ended up a bit too small. Using my head made it more of a cloche hat than a bucket hat too. But, not bad for a first go, I think. 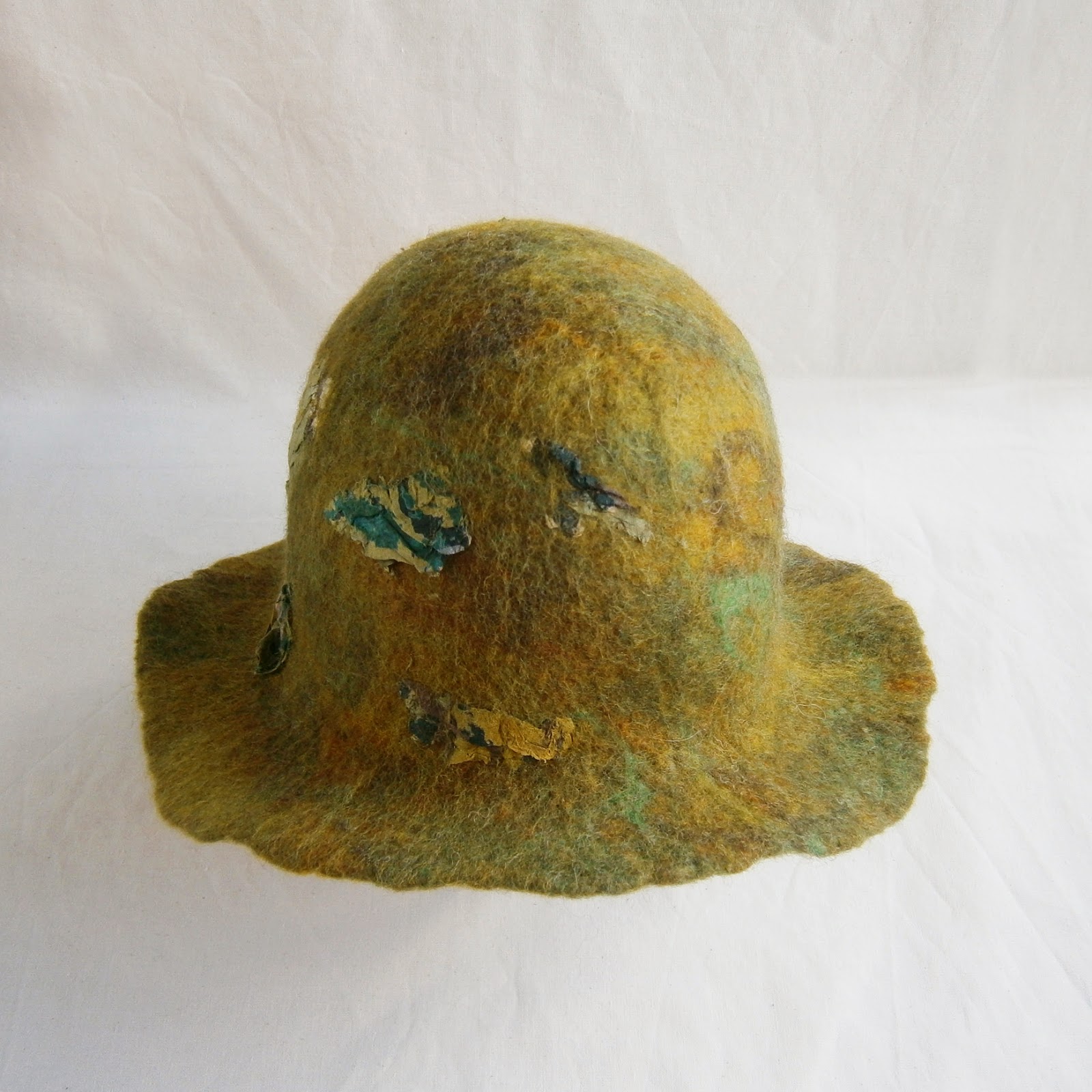 The brim wasn't very even, though it did feel good being smaller at the back. 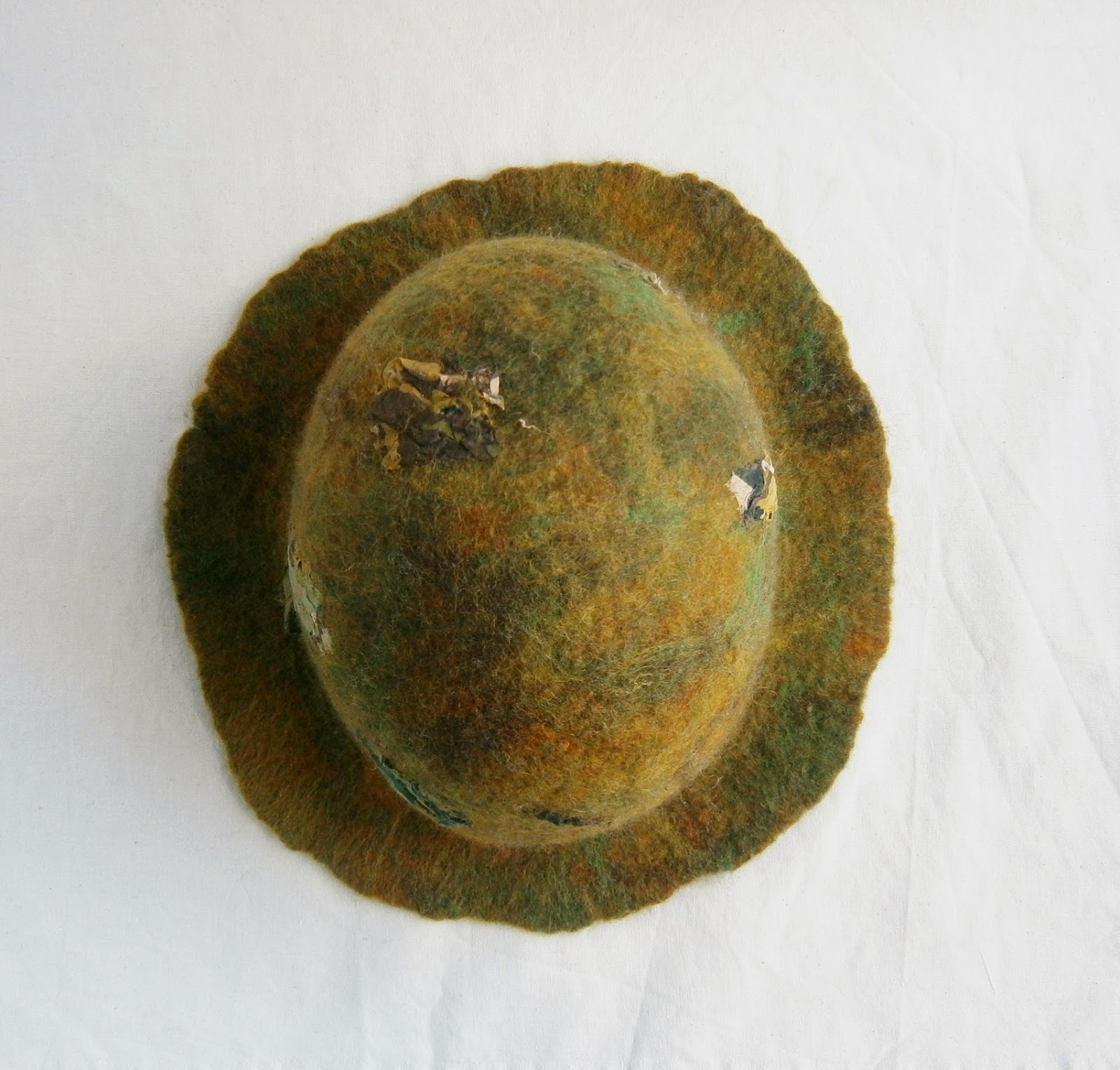 I don't think the brim was wide enough at the front either. Some of the silk pieces came off and I realised I should have worked inside out. 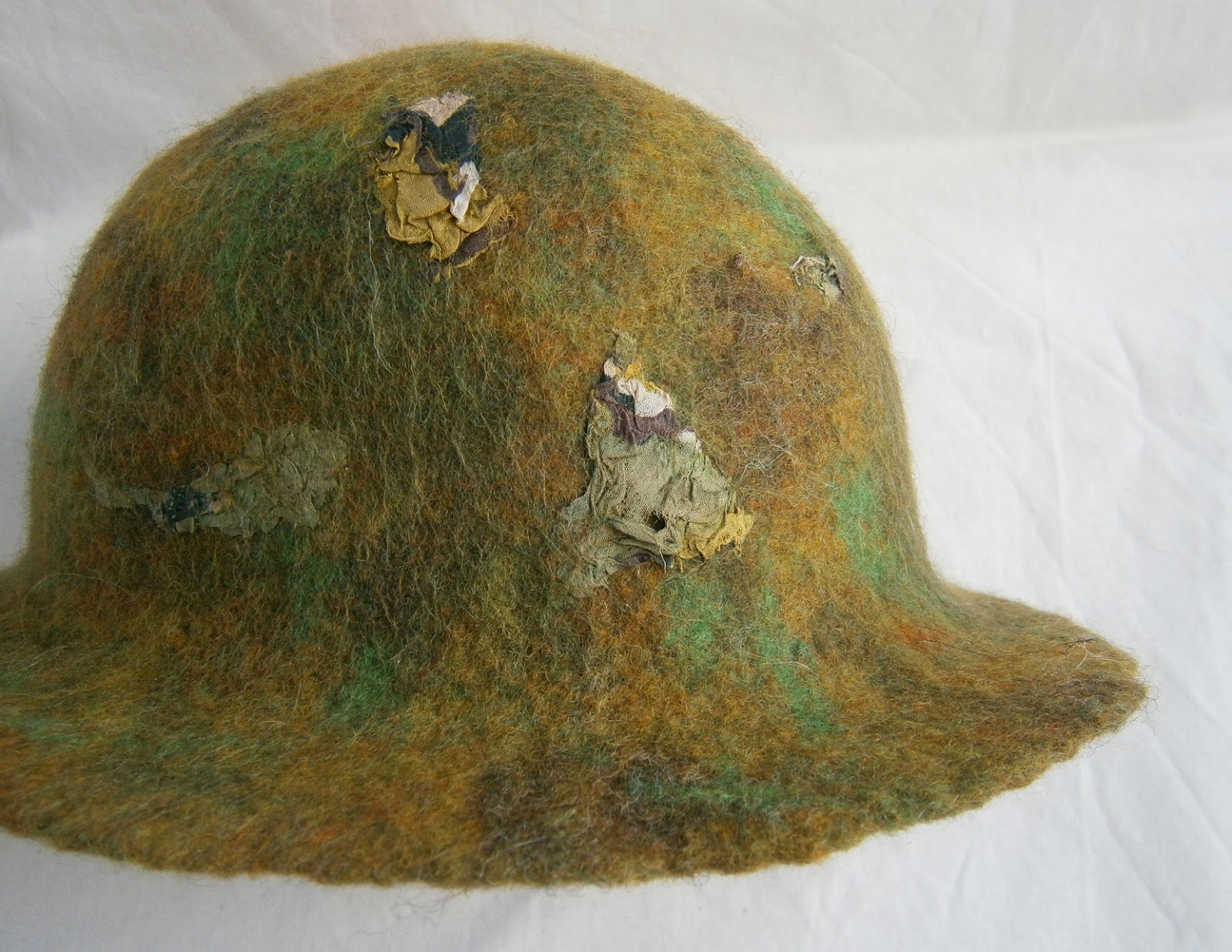 And, upside down it does look a bit like those moulded cardboard bed-pans :) 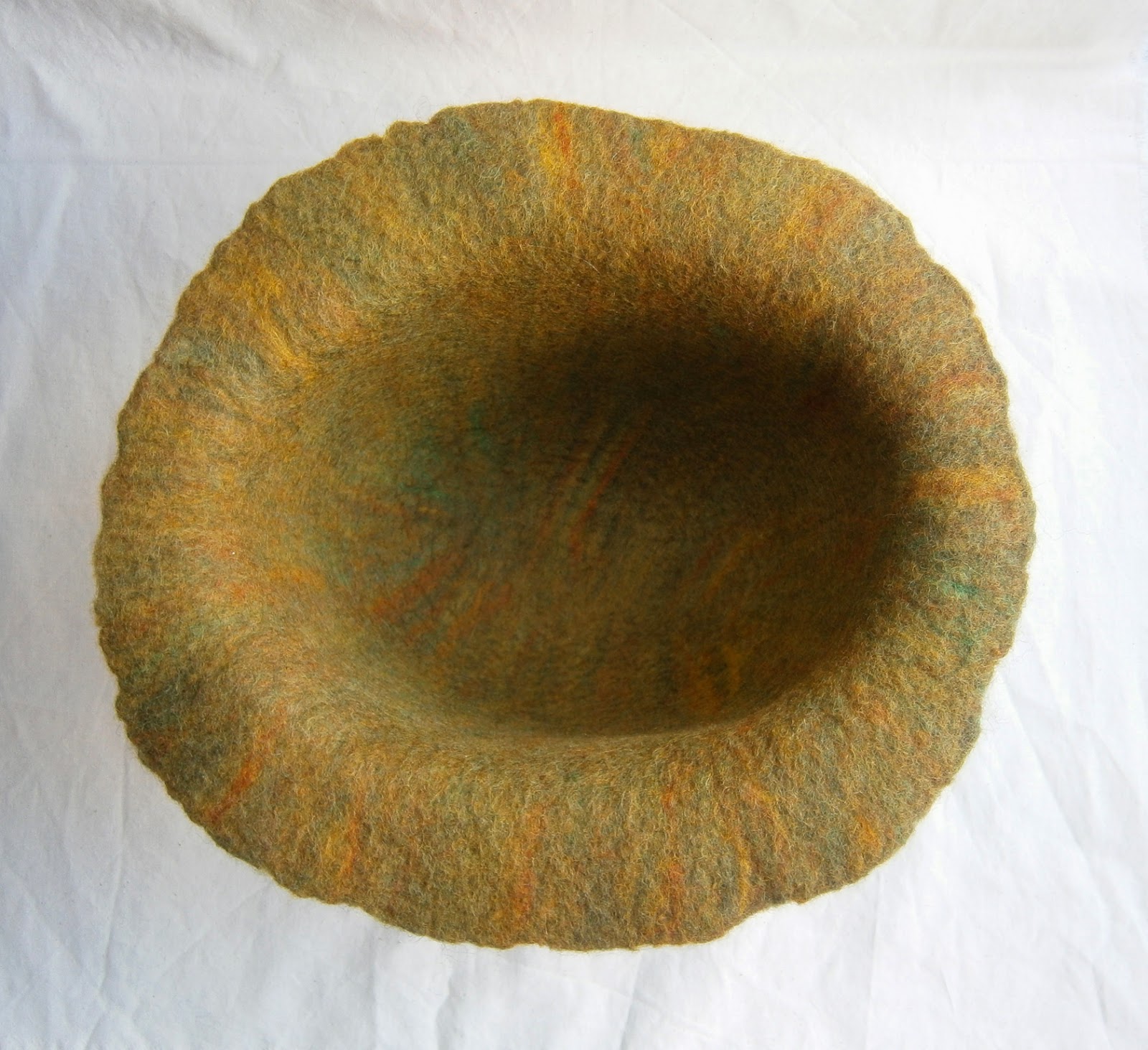 I might rework the template and try again. Maybe :)
Posted by Zed at 11:48