Do you remember the coppery bronzey felt piece I posted about last month? I cut that up recently and started to make a glasses case and small coin/card purse out of it. I have so many cut out or part made up items at the moment, I think I'll be working on them all year :)  I did actually finish the glasses case though. This is one side of it: 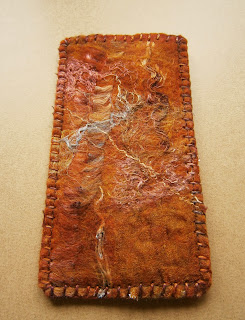 And this is the other side: 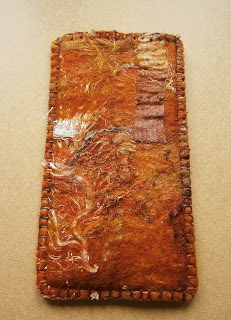 I used some gorgeous hand dyed cotton perle 5 from Rainbow Girl on etsy. The variegated colours work perfectly. I also managed to do quite a lot on the purse. I managed to sew it all together already. 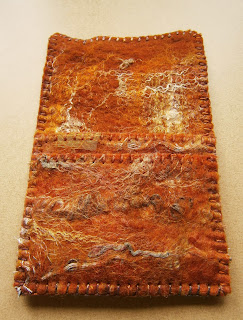 I still need to choose the right button, which always takes forever, and sew the buttonhole. I'm glad I got the gorgeous ribbon on the top of the front flap. 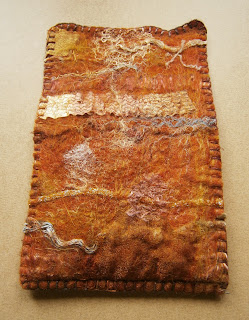 I've also been working on a Fimo/polymer clay tutorial the last few weeks. Taking photos has been harder than ever, it's been really dark, stormy and rainy, which is nice, but not good for taking photos. We did get a few really bright sunny days, so I worked on the opposite side of the house to the sun and managed to get a lot done, or so I thought. When I downloaded the photos, what looked good when I set up a shot, didn't look good once hands were in the photo! I thought Monday would be perfect for working outside, it was bright but cloudy, but also really windy, so back indoors. I did get quite a few good photos all in all, including this one, which captures perfectly my attempt to get rid of the huge dent I caused when I released the camera from the tripod without holding it first! 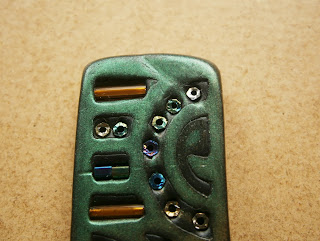 And here's a sneaky peek at one of the other pieces I worked on: 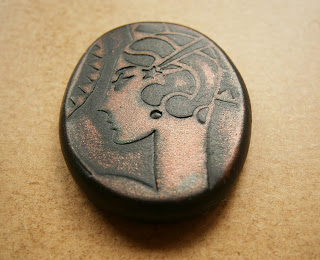 I'm nowhere near finishing it yet, but when I have, I'll put it for sale on etsy, it won't be expensive, but I want to put as much in it as possible, so if anyone has any ideas, suggestions or requests, if it's something I know about, I'll do my best to include it :)
Posted by Zed at 12:29